This is a good week to be a horror fan who collects home media, because we have some killer releases headed our way on Tuesday. Personally, I’ve been waiting ever so patiently for Scream Factory’s Collector’s Edition release of Paul W.S. Anderson’s Event Horizon, and my patience is finally going to pay off tomorrow, as not only are we getting a 4K scan of the film, but the Blu is also chock-full of special features I cannot wait to dig into. Scream Factory is also giving Julia Ducournau’s Raw a stateside Blu-ray release finally, and Arrow Video is showing some love to Patrick Picard’s The Bloodhound this week as well.

We also have two Steelbooks that will be available this Tuesday: Gattaca in 4K as well as the 40th anniversary release of Friday the 13th Part II, and if you need to play catch-up, season three of Castlevania comes home on Tuesday to both Blu-ray and DVD, too.

Other releases for March 23rd include Godzilla (2014) 4K, Schoolgirls in Chains, and Reunion.

First-time feature director Patrick Picard brings a fresh take to one of the best-known stories from the master of mystery and the macabre, Edgar Allan Poe's The Fall of the House of Usher, in his new slow-burner horror-thriller The Bloodhound, a hauntingly atmospheric tale described by The Hollywood News as an impressively stylish and intellectual debut.

Francis (Liam Aiken, A Series of Unfortunate Events), a dispossessed young man, is summoned to the secluded home of his wealthy childhood friend, JP Luret (Joe Adler, The Maze Runner), who is suffering from a mysterious affliction. Upon his arrival, Francis realizes that JP and his ethereal twin sister Vivian (Annalise Basso, Ouija: Origin of Evil) are the sole surviving members of the privileged Luret family, whose legacy has been one of depression and self-destruction, and the only occupants of their family estate. As the old friends attempt to reconnect, a number of inexplicable incidents begin to occur within the house, and Francis finds himself drawn into a world of malaise and despair, where an act of betrayal might provide his only way out.

From Leal Naim and Thomas R. Burke, producers of The Endless and Synchronic, and featuring some remarkable performances from its trio of lead actors, The Bloodhound leads you on a journey exploring themes that are as relevant to today as ever before, such as the yearning for emotional connection, the perils of social isolation and the fragility of mental health. 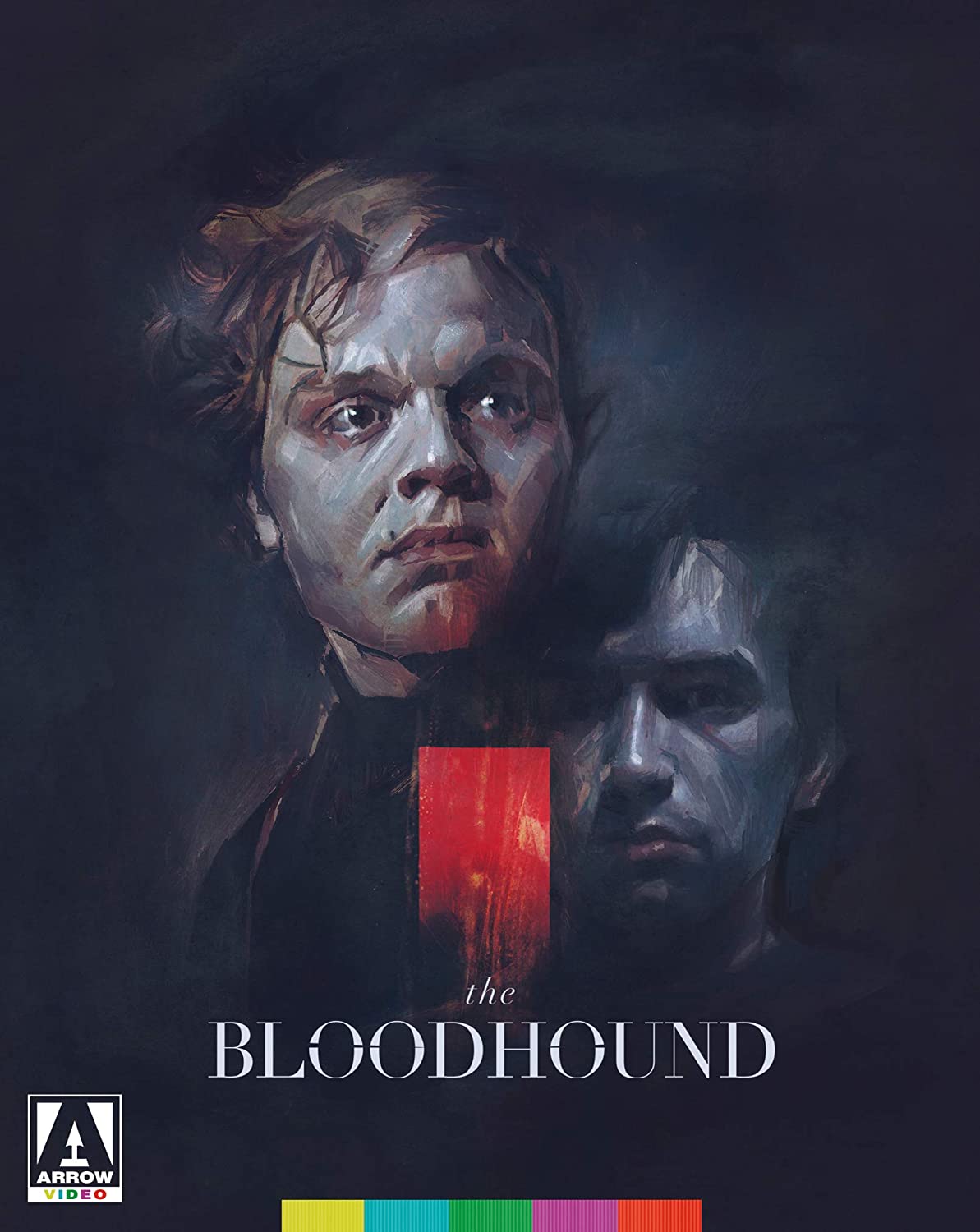 Its name: Event Horizon. The high-tech, pioneering research spacecraft mysteriously vanished without a trace on its maiden voyage seven years earlier. But a weak, persistent signal from the long-missing craft prompts a rescue team, headed by the intrepid Captain Miller (Laurence Fishburne), to wing its way through the galaxy on a bold rescue mission. Accompanying Miller is his elite crew and the lost ship's designer (Sam Neill). What they uncover is unimaginable interstellar horror. 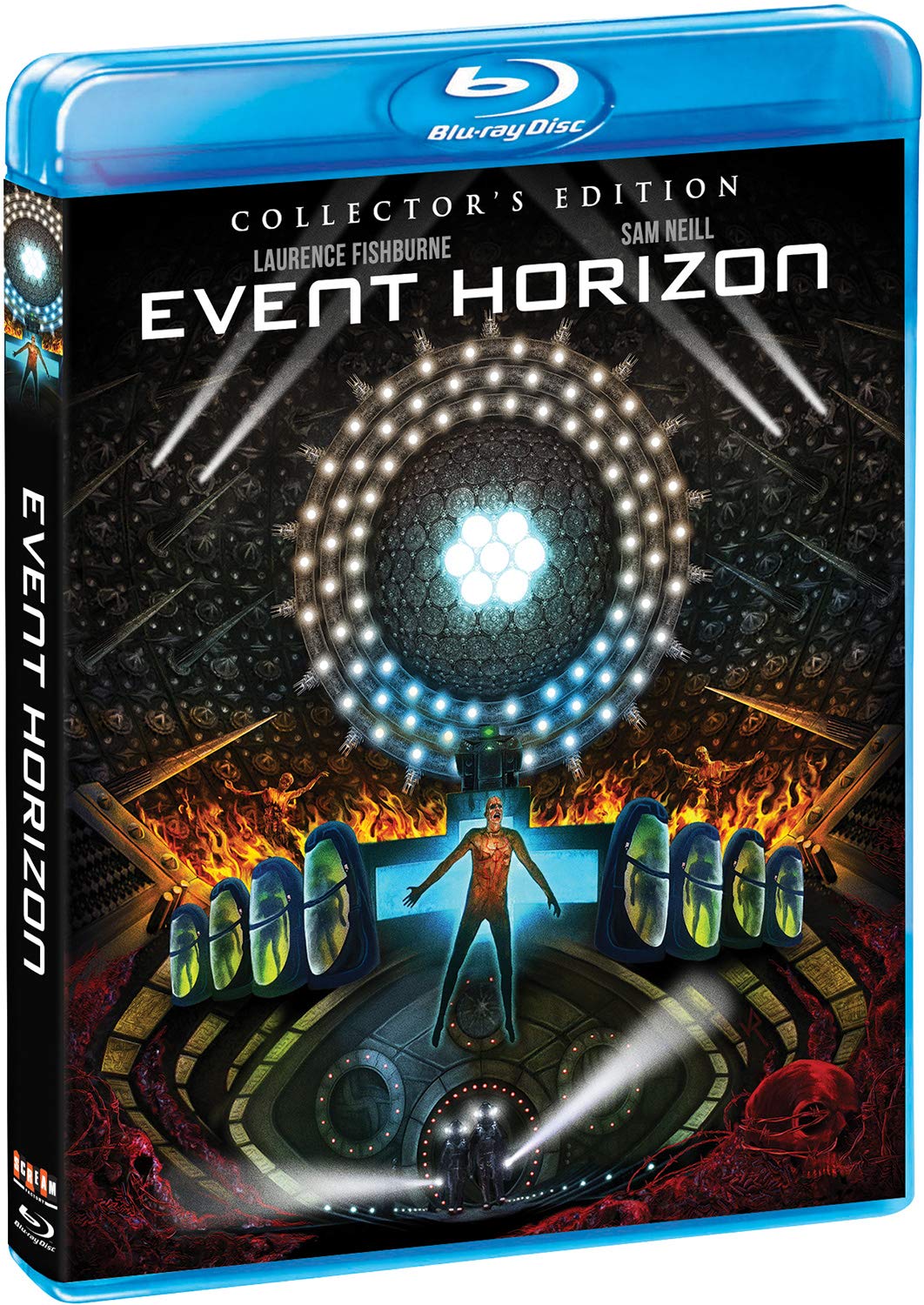 Celebrate the 40th Anniversary of one of horror’s greatest sequels with this limited edition Steelbook. Five years after the massacre at Camp Crystal Lake, the nerve-wracking legend of Jason Voorhees and his diabolical mother lives on. Despite ominous warnings from the locals to stay away from 'Camp Blood,' a group of counselors at a nearby summer camp decide to explore the area where seven people were brutally slaughtered. All too soon, they encounter horrors of their own and the murders begin again. 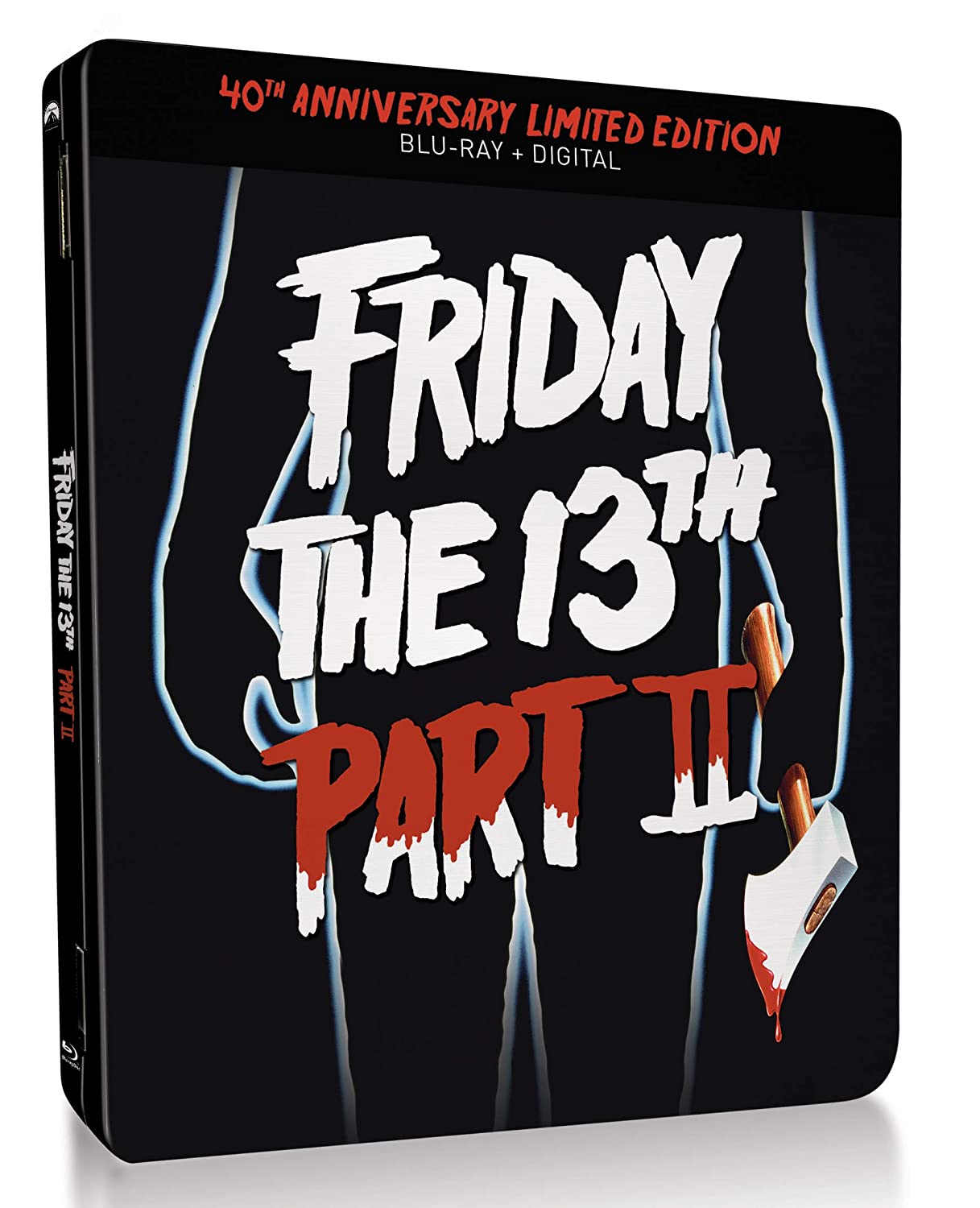 In this futuristic thriller, “designer people”-forged in test tubes-rule society, and carefully engineered genetics determine a person's life. Ethan Hawke stars as Vincent Freeman, a young man labeled an “In-Valid” because he was conceived not in the lab, but in love. Determined to achieve his goals, he buys an identity from a DNA broker, changing places with genetically perfect but paralyzed Jerome (Jude Law). Altering his appearance and hiding his imperfections, Vincent rises through the ranks of the Gattaca Corporation while he begins a love affair with beautiful co-worker Irene (Uma Thurman). He is on the verge of fulfilling his dream of interplanetary space exploration when the director of the space agency is murdered and the attendant investigation threatens to expose his counterfeit life. 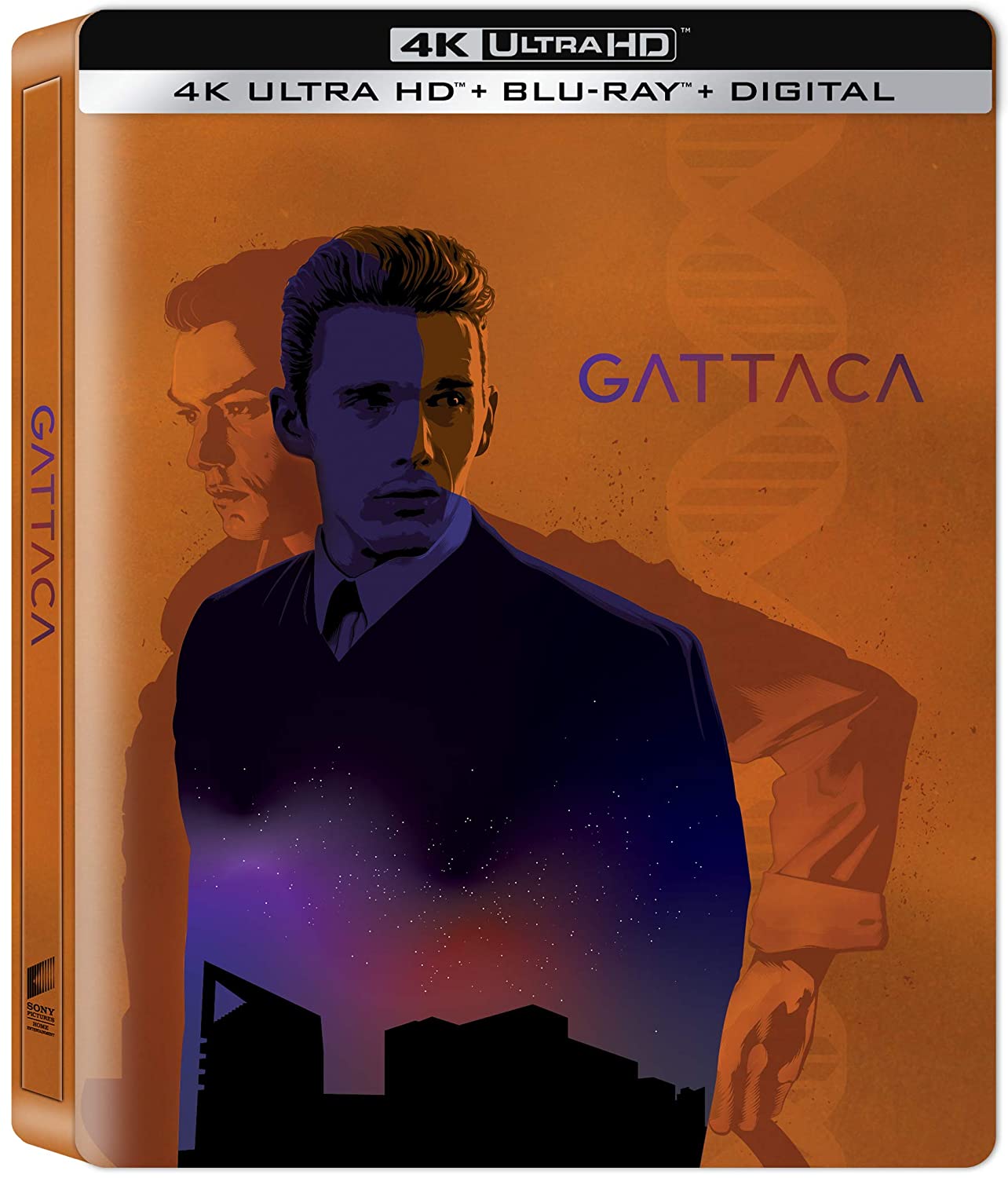 At 16, Justine is a brilliant and promising student and a strict vegetarian. But when she starts at veterinary school, she quickly encounters a decadent, merciless and dangerously seductive world. Desperate to fit in during the first week of hazing rituals, desperate to fit in at whatever the cost, she strays from her family's principles when she eats raw meat for the first time. Justine will soon face the terrible and unexpected consequences of her actions as her true self begins to emerge. 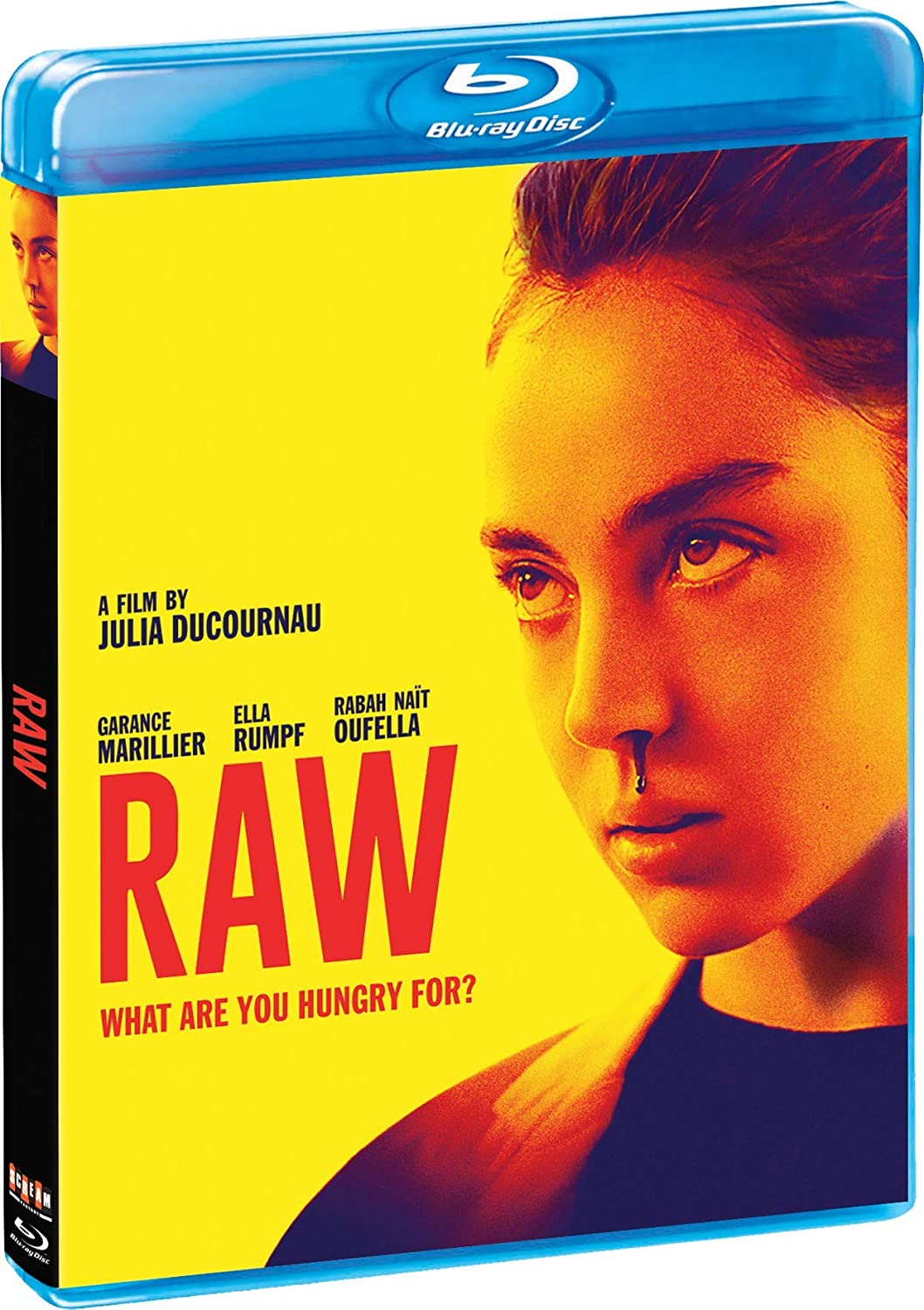 In a remote country house, a malevolent form of sleaze and terror is being bred. A crazy mother encourages her two sons - raving lunatic Frank (Gary Kent, The Forest) and his not-all-there brother Johnny (John Parker, The Love Butcher) - to kidnap young women and chain them up in the basement. The girls are treated like animals and then subjected to games that grow increasingly sinister and depraved. When the brothers tire of their playthings, the girls must be replaced. This undiscovered exploitation classic is every bit as morally corrupt as you’ve heard. Directed by Don Jones (The Forest, Sweater Girls) and shot by cinematographer Ronald Victor Garcia (Twin Peaks: Fire Walk with Me), Schoolgirls in Chains is an entertaining slice of early ‘70s sleaze guaranteed to delight and disturb. 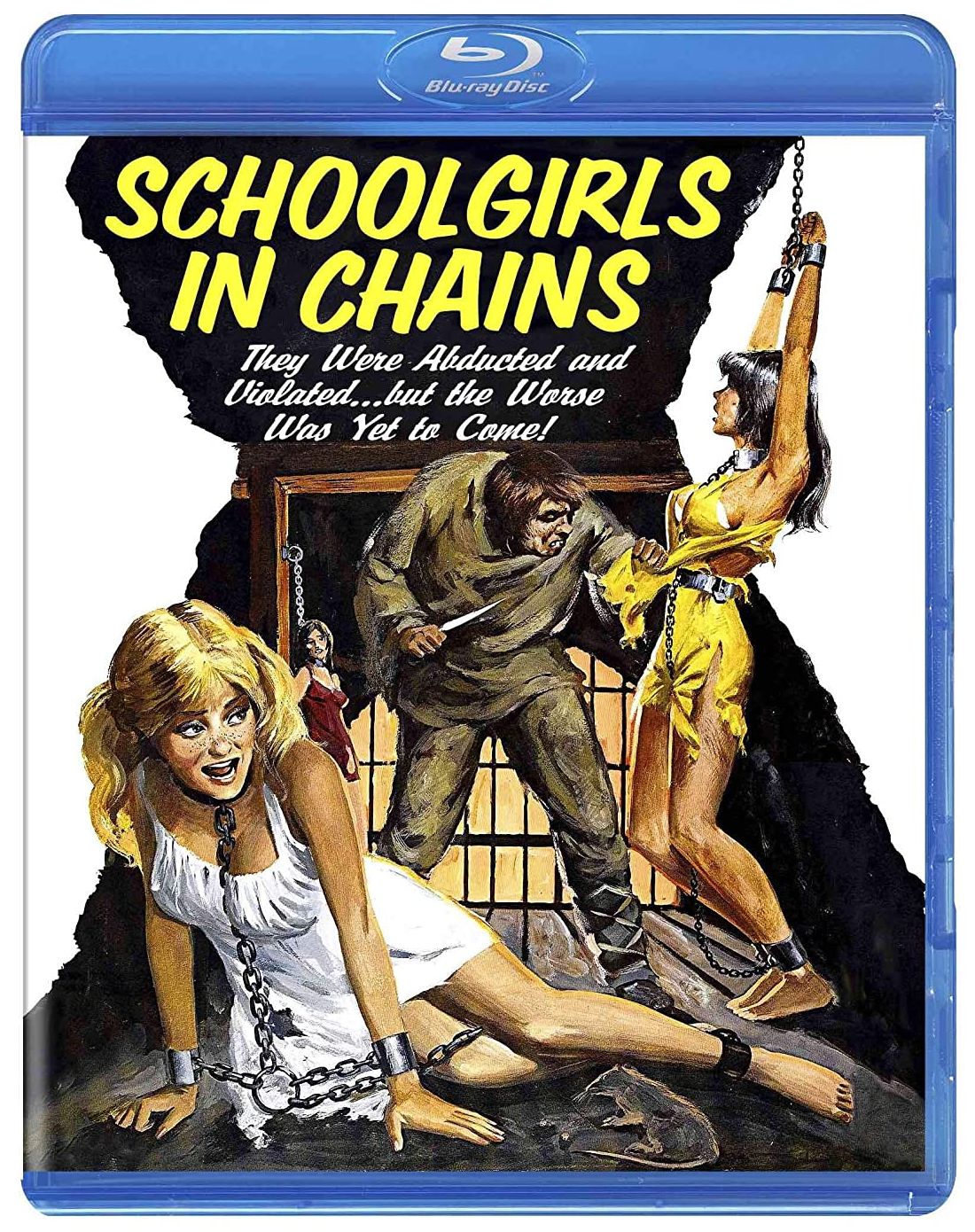 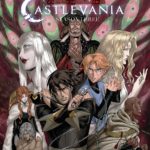 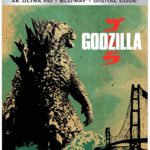 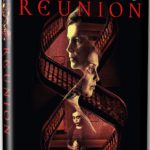