Mixtape Massacre is one of my favorite board games of all time and, if you haven't had a chance to pick it up yet, now's the perfect time. Bright Light has just announced that their Mixtape Massacre: Director’s Cut is now available! And even if you already own the original game, this director's cut is worth checking out, along with a brand-new expansion for those who are looking for new game content:

Bright Light is excited to announce the release of Mixtape Massacre: Director’s Cut, a 2nd Edition and reworking of the cult-favorite horror board game, Mixtape Massacre, originally released in 2016.

The game was fully funded in under 3 hours and unlocked all of its stretch goals during its time on Kickstarter, meaning for the fans… MORE GAME. MORE GORE.

Mixtape Massacre: Director’s Cut is a 2-6 player game where players terrorize the town of Tall Oaks and compete in an over the top fictional killing spree to be remembered. Dripping with nostalgic 1980’s pop-culture and classic horror tropes - Mixtape Massacre will have you laughing while you’re slashing! Dispatch victims, collect kills, and brawl with fellow slashers and the town hero to prove once and for all who is the baddest of the brood!

With the core of the first edition staying present, providing a fun and accessible game for both seasoned and new slashers… er… players, this brand new Director’s Cut boasts updated rules, components, and even more killer additions to create the ultimate version of the game. 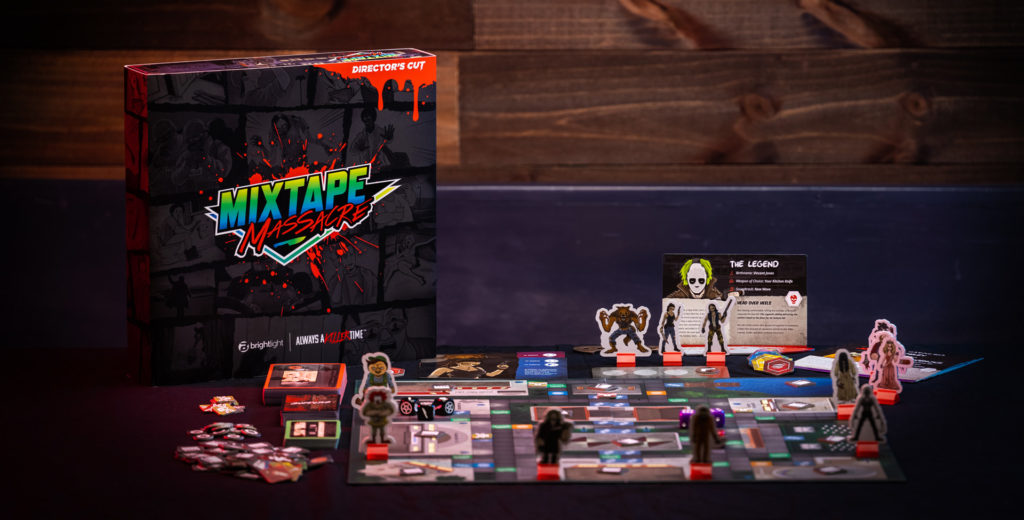