If you read issue #4 of our DEADLY Magazine or our past interviews on Daily Dead, then you know we're passionate fans of all things Gremlins here on Daily Dead, so we're especially thrilled that Jakks Pacific will release a 31-day advent calendar featuring figures (both Mogwai and Gremlins) inspired by both Gremlins and Gremlins 2: The New Batch.

The Gremlins advent calendar was revealed exclusively on The Pop Insider (as well as The Toy Book and The Toy Insider), and you can view it below ahead of its planned release this fall.

Each figure stands one inch tall, and as an added immersive treat, the advent calendar itself is based on the movie theater from the first film! Just make sure these mini figures don't go looking for a snack after midnight...

Image via The Pop Insider: 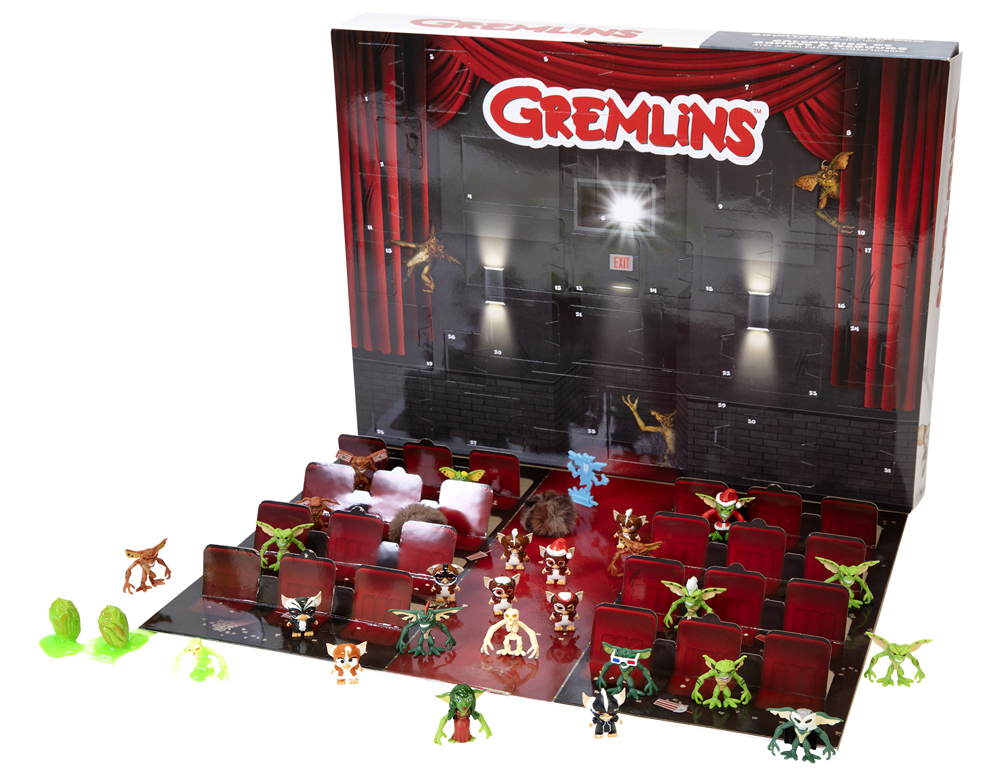