New Episodes from TALES FROM BEYOND THE PALE, THE PODCAST Include Glenn McQuaid’s DIE SLEEPING MY SWEET and Larry Fessenden’s WHO KILLED JOHNNY BERNARD?

I've been raving about Tales From Beyond the Pale to anyone who will listen and I'm so glad to see their release of regular new content in the form of Tales From Beyond the Pale, The Podcast. Just in time for Valentine's Day, the podcast is back with a new episode, Die Sleeping My Sweet, by Glenn McQuaid, and next week sees the release of Who Killed Johnny Bernard? from Larry Fessenden.

We have the official press release and artwork below. To listen now and learn more, visit:

Press Release: TALES FROM BEYOND THE PALE, THE PODCAST, which has been presenting new and archived content every week since October 10, 2019, is pleased to offer two brand new episodes starting with a particularly ghoulish Valentine’s Day offering, Die Sleeping My Sweet by Glenn McQuaid, dropping Thursday February 13th. The following week, Tales The Podcast celebrates its 20th episode with Fessenden’s Who Killed Johnny Bernard?, an epic portrait of a life lived and lost based on Fessenden’s late childhood friend.

The brain-child of Glenn McQuaid (I Sell The Dead, V/H/S) and Larry Fessenden (Depraved, Habit, “Until Dawn”), TALES FROM BEYOND THE PALE, THE PODCAST, has received rave reviews and five-star ratings across the board on platforms from iTunes to Spotify, startling listeners with its remarkable variety of stories, its caliber of talent, and immersive production value.

Just in time for your Valentine’s Day weekend, TALES presents a twisted love story with Glenn McQuaid’s Die Sleeping My Sweet, which he describes as, "bringing together my love of soap opera melodrama, bear porn, and medical thrillers." The piece is the third in a loose trilogy within Tales that includes The Crush (Episode #3) and The Ripple at Cedar Lake (Episode #7), and continues McQuaid’s exploration of bold queer characters caught up in peculiar situations. Continues McQuaid, "The format of the audio drama has allowed me to explore characters, stories, and tone in a way that I wouldn’t have otherwise. The further I delve beyond the Pale, the more confident I am in leaning into the exploration and experimentation of auditory possibilities."

Of Who Killed Johnny Bernard? (dropping February 20th) Fessenden says, "It speaks to the broad opportunity offered by the TALES platform that I was able to process my grief at the loss of a friend by delving into a sweeping Tale that brought together so many of my themes of fate and belief and sudden violence and love, all in an ambitiously structured nifty half hour entertainment. We are so grateful to have an audience for our stories."

Both Die Sleeping my Sweet and Who Killed Johnny Bernard? were performed at New York City's Lincoln Center for the Performing Arts in front of a live audience. The stunning posters were created by comic book illustrator and tattoo artist Brian Level.

Following these two world premieres, TALES FROM BEYOND THE PALE, THE PODCAST will continue to offer up a different Tale each week, mixing premieres and new content with stories plucked from archives comprised of 40+ half hour recordings from a diverse swath of genre writers. Already presented on the podcast and available for your enjoyment are works from directors such as Graham Reznick (Dead Wax, I Can See You, Until Dawn), Stuart Gordon (Re-Anaimtor, From Beyond), Eric Red (The Hitcher, 100 Feet) , Paul Solet (Grace, Bullet Head), Jeff Buhler (Pet Sematary, Jacob's Ladder), Ashley Thorpe (The Hairy Hands, Borley Rectory), April Snellings (“Ghoulish: The Art of Gary Pullin”), and of course, Fessenden and McQuaid.

Produced by Fessenden’s maverick production shingle Glass Eye Pix (Depraved, The Ranger, Most Beautiful Island, The House of the Devil, Stake Land, I Sell The Dead) and originally released in lavish box sets illustrated by genre talent from Gary Pullin to Graham Humphries and Brian Level, Tales From Beyond The Pale will be celebrating its Ten-Year Anniversary in Fall, 2020.

“Stay tuned, dear listener…” Find TALES FROM BEYOND THE PALE, THE PODCAST wherever podcasts are available, and subscribe today! 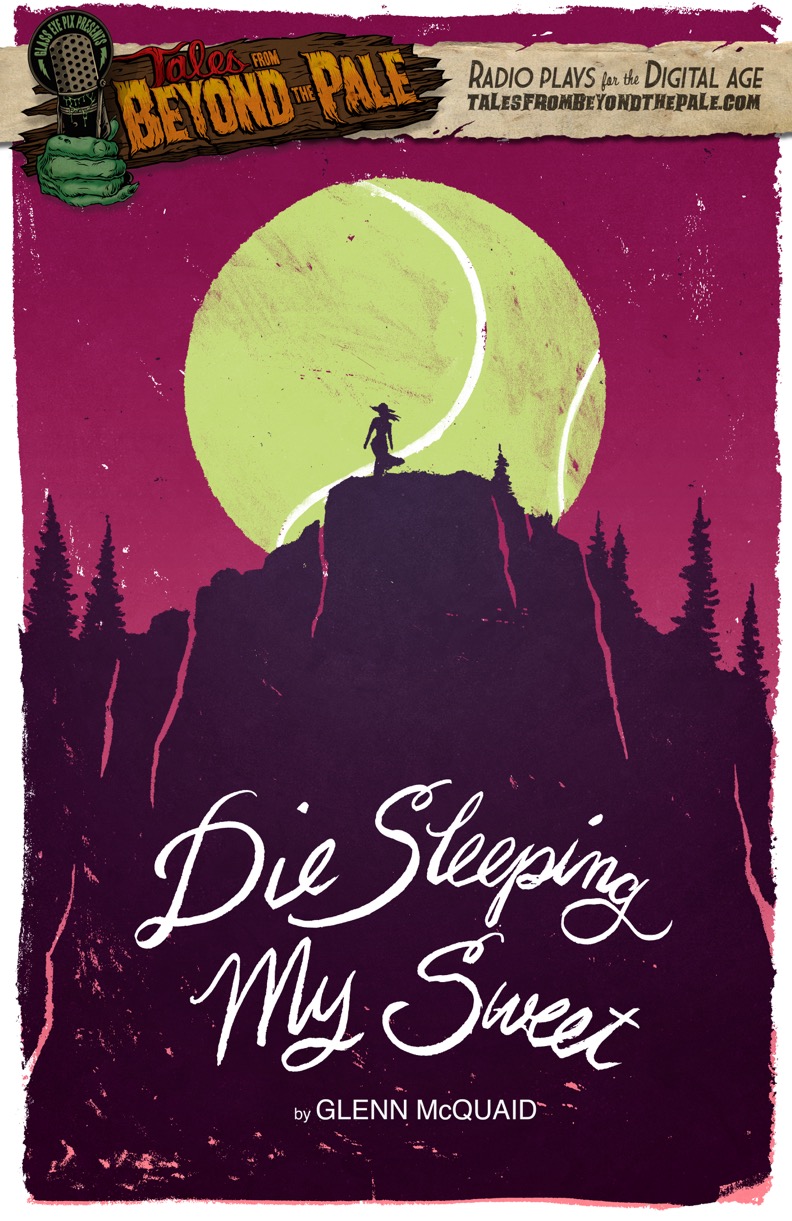 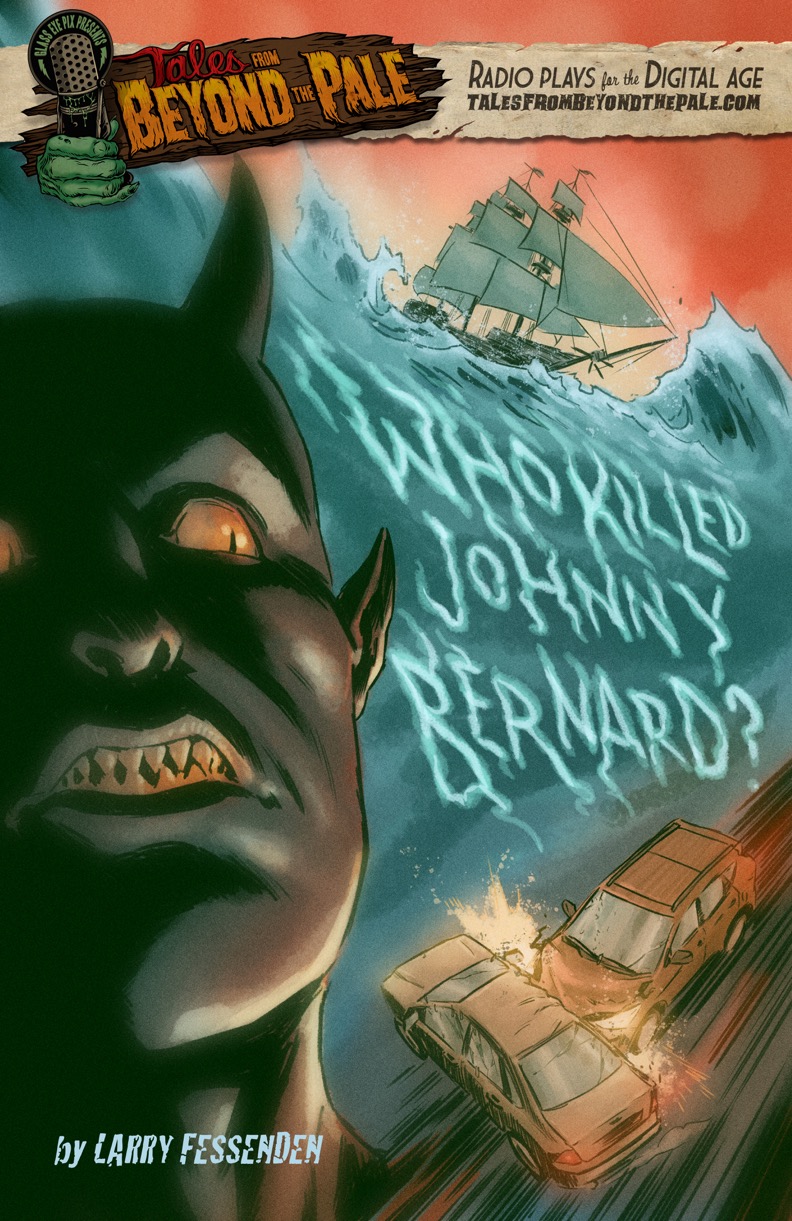