Originally introduced in 1972 and later featured in his own comic book series that ran for 43 issues, Werewolf by Night ranks among Blade and Morbius the Living Vampire as some of Marvel's most memorable horror-themed characters. This April, a new Werewolf by Night will be introduced in a comic book series co-written by Taboo of The Black Eyed Peas and Benjamin Jackendoff, and we've been provided with official details and a look at the cover art ahead of the first issue's release this spring.

Initially announced on Comicbook.com, the new Werewolf by Night is set in Arizona, focuses on Native American culture, and features artwork by Scott Eaton. The first issue will be released this April, and we have additional details on what to expect in the official press release:

Press Release: New York, NY— January 20, 2020 — Announced today in an exclusive interview with Comicbook.com, Taboo of The Black Eyed Peas will be co-writing a new Marvel comic series this April with Benjamin Jackendoff.

The pair previously worked together on a story for MARVEL COMICS 1000 that focused on Red Wolf and will now be teaming up with acclaimed comic artist Scott Eaton on WEREWOLF BY NIGHT. The series will introduce a brand-new Werewolf by Night character to the Marvel Universe in a story set in Arizona. The new Werewolf by Night will be a young man named Jake who will be dealing with the effects of a family curse while trying to protect his people. The events of the story will also be driven by the outcome of March’s OUTLAWED one-shot.

“We're going through a Native lens because of my Native American heritage,” Taboo told Comicbook.com. “I always liked storytelling from a native perspective. Although I was born in the city of Los Angeles, recently I've been really connected to the Indian country or to native communities to be able to be a service and help native youth, inspire them, especially when it comes to health and wellness, and arts and music. So we built our partnership knowing that when we create, we create through a native lens…”

“I think Werewolf by Night is such an interesting character, a cool character. His mythology is really dope, and it was such an exciting opportunity to be able to revamp a new mythology and tie it into Native American storytelling,” Jackendoff added. “That's really what got us excited because they were like, ‘All right, cool. We can take the Werewolf by Night brand and stay true to the genre of it all, the creatures, the monsters, the big stuff, all that, but tie it into Native American storytelling, into a Native American background and palette, but still make it a fun adventure story about a kid.’"

For the full interview, visit Comicbook.com.

THE HOUR OF THE WOLF!
A new Werewolf by Night is prowling the Southwest, but all is not as it seems! A young man, a family curse, and an unholy experiment prove a dangerous combination for a small town in Arizona. All young Jake wants is to protect his people, but who will protect him from the monster within? Taboo of the BLACK EYED PEAS and Benjamin Jackendoff team up with Scot Eaton to tell an epic tale of righteous fury and incredible transformation in the Mighty Marvel Manner that is not to be missed!

To find a comic shop near you, visit www.comicshoplocator.com

Marvel Entertainment, LLC, a wholly-owned subsidiary of The Walt Disney Company, is one of the world's most prominent character-based entertainment companies, built on a proven library of more than 8,000 characters featured in a variety of media for over eighty years. Marvel utilizes its character franchises in entertainment, licensing, publishing, games, and digital media. 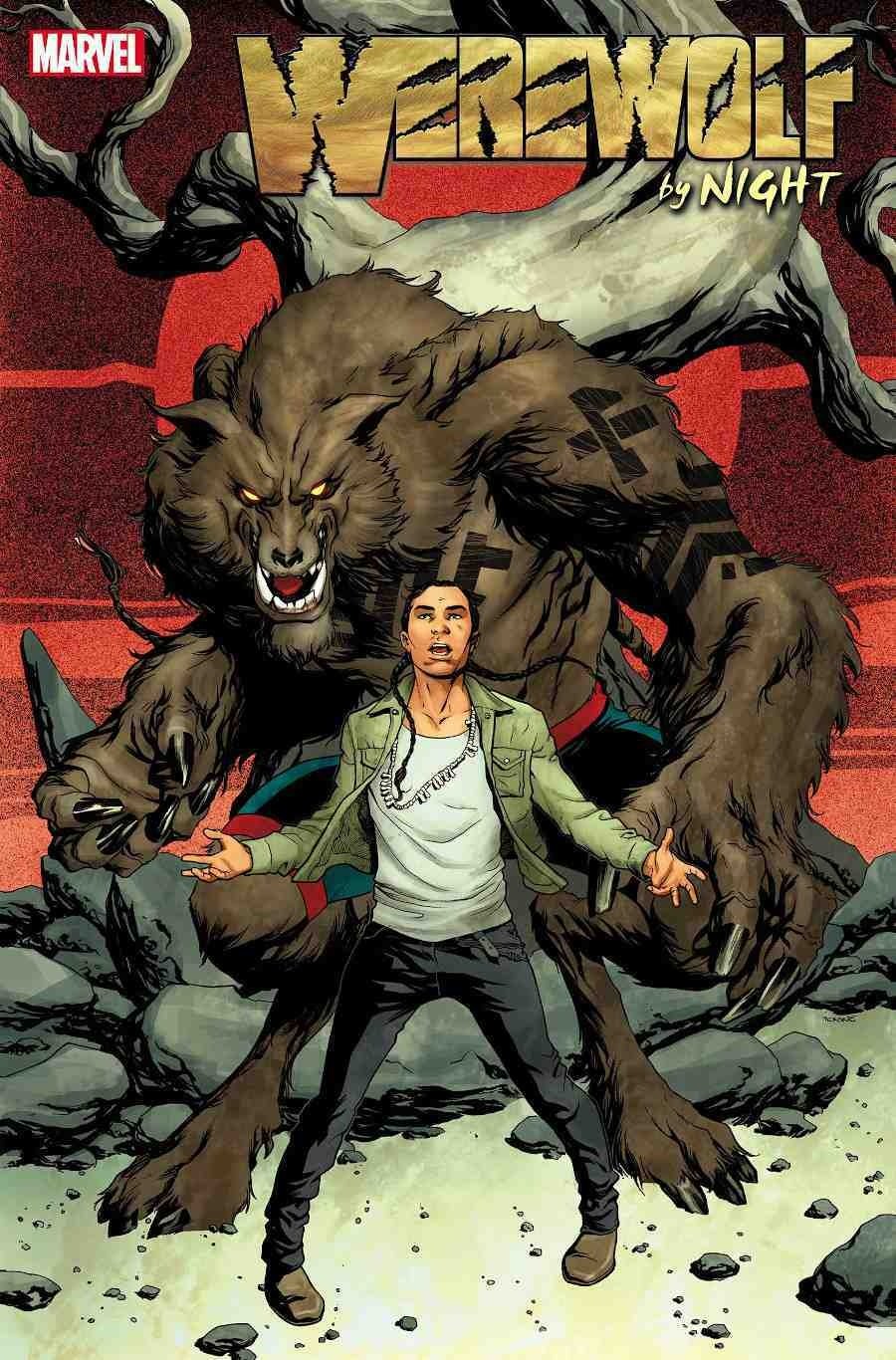