Hello, dear readers! Before those of us in the States get ready to gobble down our Thanksgiving dinners later this week, we have a brand new batch of horror and sci-fi home entertainment releases to look forward to first. One of this writer’s favorite films of all time, Philip Kaufman’s Invasion of the Body Snatchers (1978) is getting the 4K treatment from Kino Lorber this Tuesday, and Arrow Video is resurrecting both The Snake Girl and the Silver Haired Witch and Phantom of the Mall: Eric’s Revenge on Blu-ray as well (this is also very exciting news in my world). Arrow is also re-releasing a handful of other titles—The Cat O’ Nine Tails, The Bird with the Crystal Plumage, and C.H.U.D.—and the first season of Rod Serling’s Night Gallery is headed to Blu-ray as well.

Other releases for November 23rd include Chupa, Lair, Hall, and The Lockdown Hauntings.

From acclaimed filmmaker Philip Kaufman (The Wanderers) comes this chilling ’70s adaptation of Jack Finney’s classic novel The Body Snatchers. Filmy spores fall from space over San Francisco, and the city blossoms with beautiful new flora. People take the flowers home and, as they sleep, the plants creep over them, devouring their bodies and stealing their identities—their emotions, their uniqueness, their souls. If you notice an eerie change in someone very close to you, chances are you’re next! More than just a highly effective sci-fi thriller, Invasion of the Body Snatchers treats contemporary problems of urban paranoia and loss of individuality with intelligence and sensitivity... and ends with the single most horrifying frame in movies. Featuring a brilliant screenplay by W.D. Richter (Big Trouble in Little China), gritty camerawork by Michael Chapman (Raging Bull) and awe-inspiring special effects, Invasion of the Body Snatchers is a pulse-pounding shocker with wonderful performances by Donald Sutherland (The Puppet Masters), Brooke Adams (The Dead Zone), Leonard Nimoy (Star Trek II: The Wrath of Khan), Jeff Goldblum (The Fly) and Veronica Cartwright (Alien).

-Star-Crossed in the Invasion: Interview with Actress Brooke Adams (9:06)

-Re-Visitors from Outer Space, or How I Learned to Stop Worrying and Love the Pod - Featurette (16:14)

-The Man Behind the Scream: The Sound Effects Pod - Featurette (12:47)

-The Invasion Will Be Televised: The Cinematography Pod” featurette (5:24) 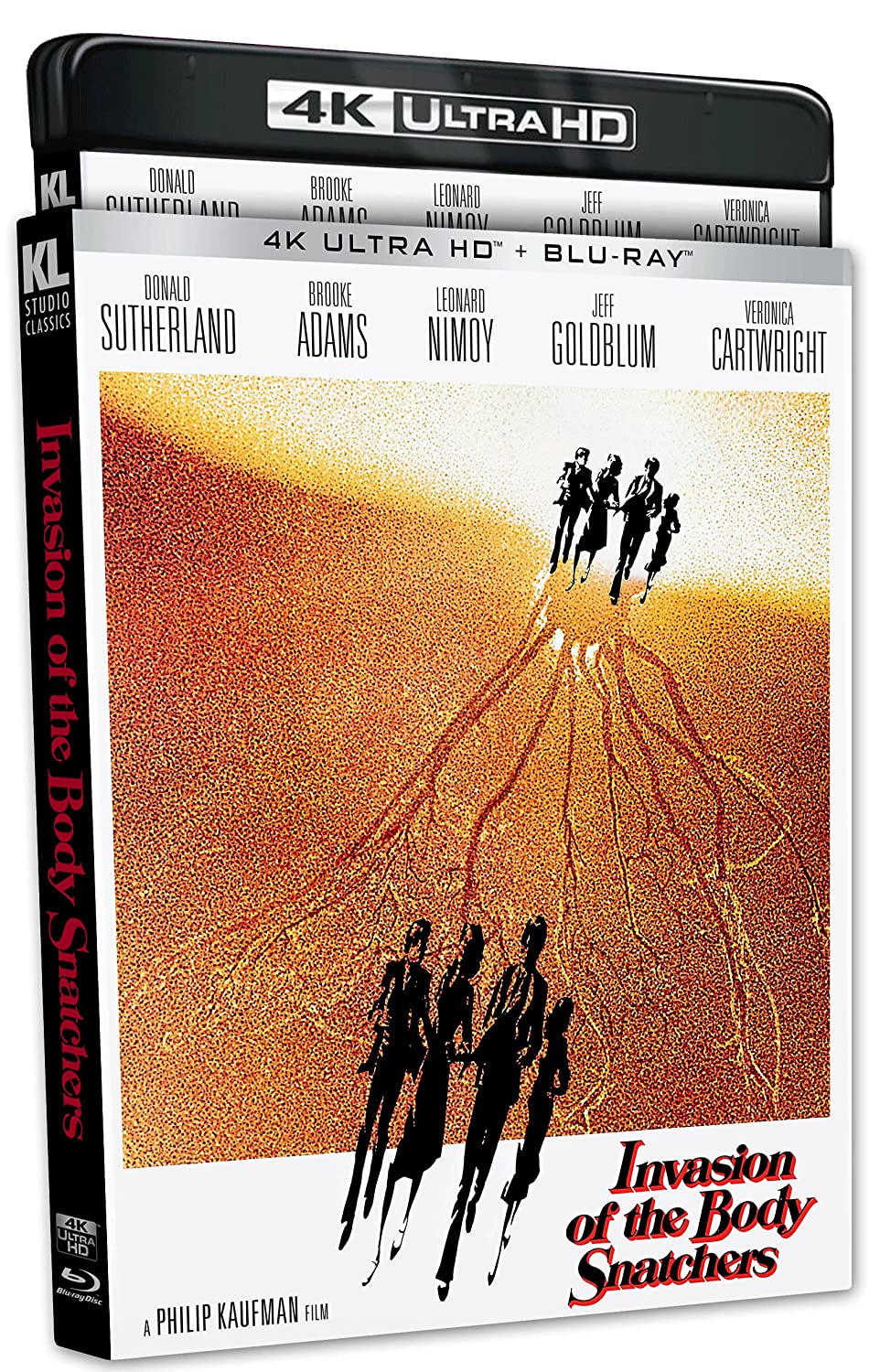 -NEW Audio Commentary for the PILOT by Screenwriter/Historian Gary Gerani

-THE SYNDICATION CONUNDRUM: A Look at the Show's Troubled Second Life in Reruns – A NEW Featurette by Film Historian Craig Beam 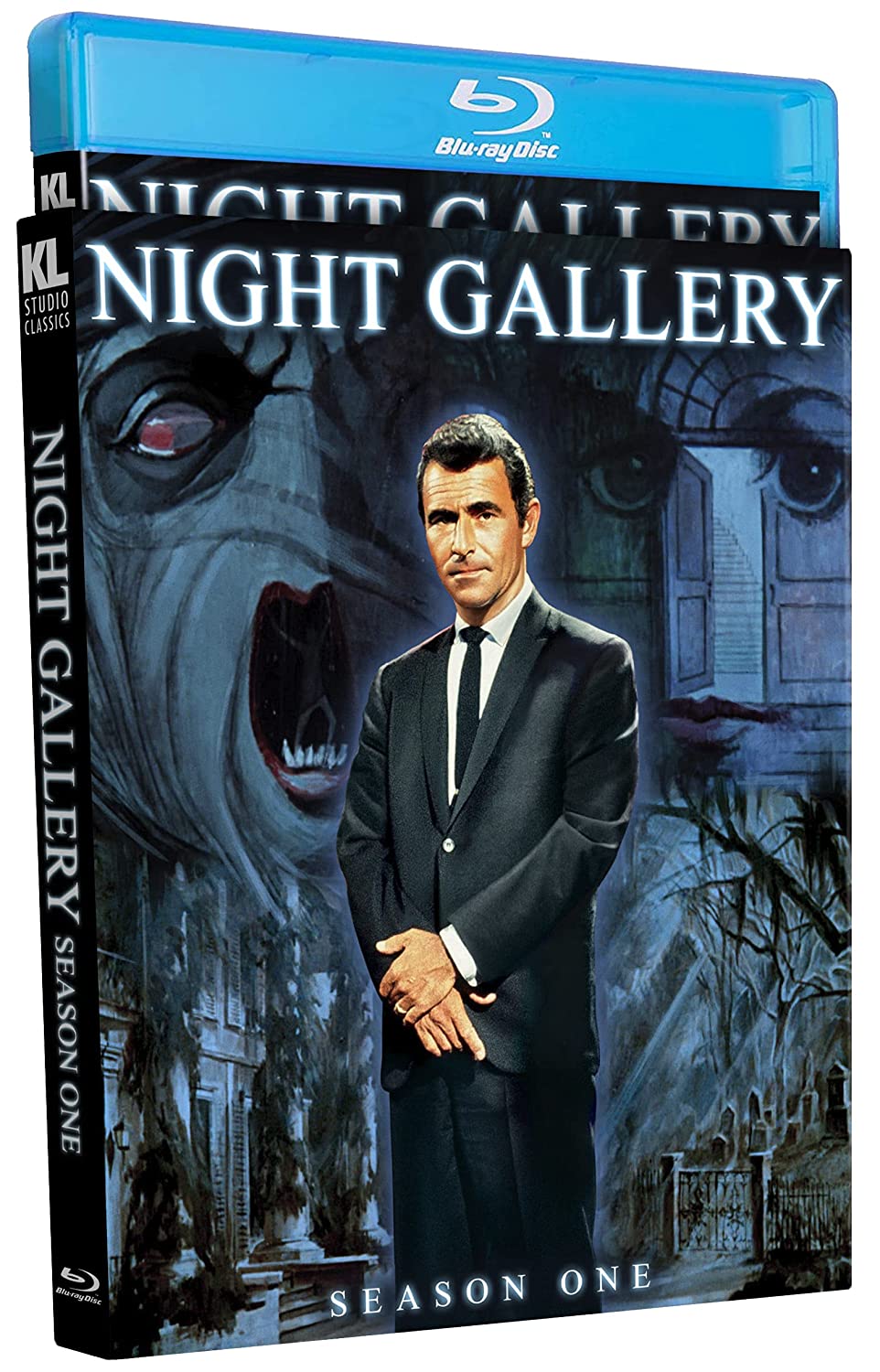 With numerous interpretations of Gaston Leroux’s classic novel The Phantom of the Opera having been turned out over the years, it was only a matter of time before the slasher genre decided to take a stab at the tale – step forward 1989’s Phantom of the Mall: Eric’s Revenge!

High school sweethearts Eric Matthews and Melody Austin are so in love, but their youthful romance is cut tragically short when Eric apparently dies in a fire that engulfs his family home. One year later and Melody is trying to move on with her life, taking up a job at the newly built Midwood Mall along with her friends. But the mall, which stands on the very site of Eric’s former home, has an uninvited guest – a shadowy, scarred figure which haunts its air ducts and subterranean passageways, hellbent on exacting vengeance on the mall’s crooked developers. 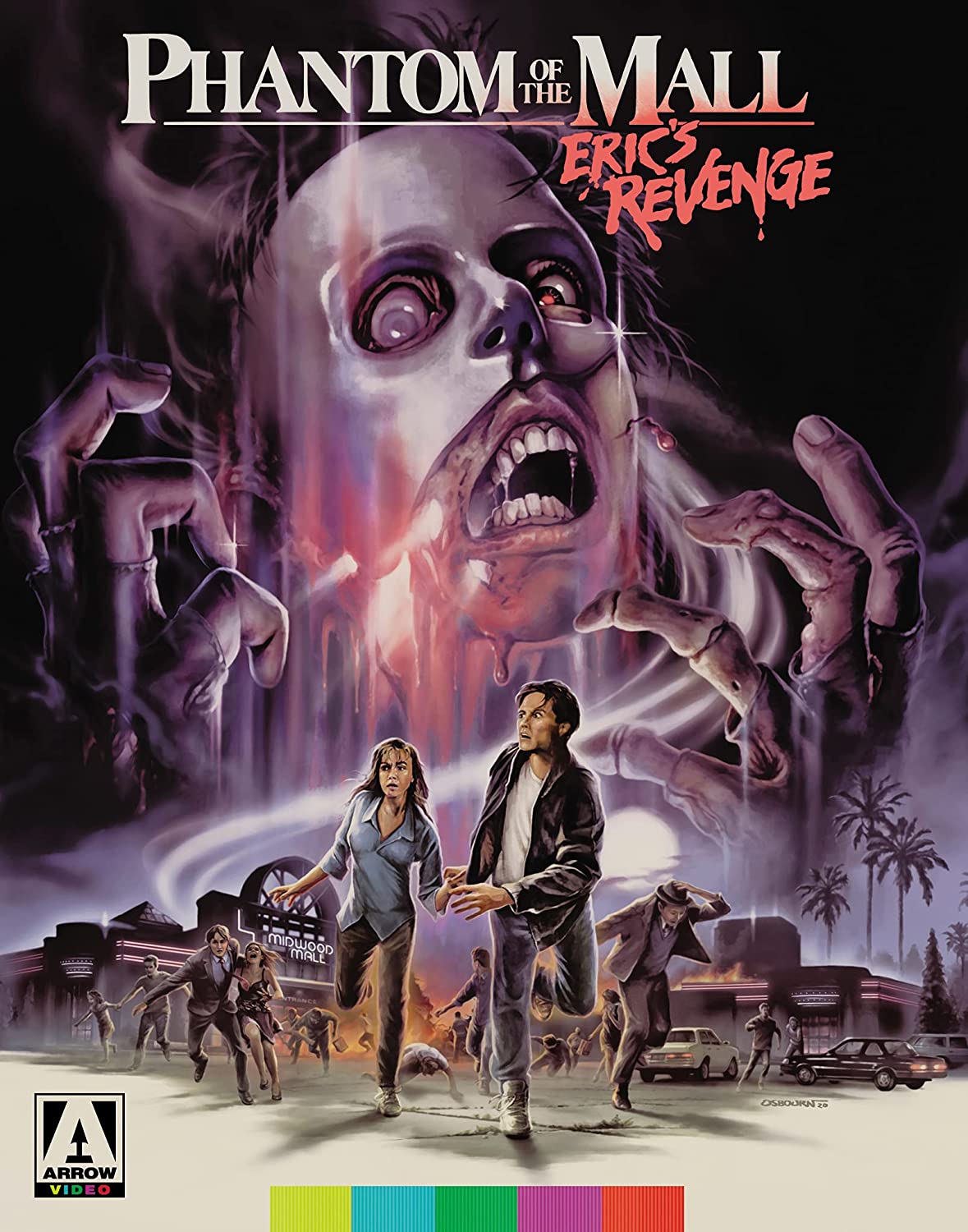 What do you get when Noriaki Yuasa, director of Daiei Studios’ much-beloved Gamera series, makes a monochrome film adaptation of the works of horror manga pioneer Kazuo Umezu (The Drifting Classroom)? The answer is 1968’s The Snake Girl and the Silver-Haired Witch, a fantastically phantasmagorical slice of twisted tokusatsu terror ostensibly made for children that will irreparably traumatize any child that sees it!

A young girl named Sayuri is reunited with her estranged family after years in an orphanage – but trouble lurks within the walls of the large family home. Her mother is an amnesiac after a car accident six months earlier, her sullen sister is confined to the attic and a young housemaid dies inexplicably of a heart attack just before Sayuri arrives… is it all connected to her father’s work studying venomous snakes? And is the fanged, serpentine figure that haunts Sayuri’s dreams the same one spying on her through holes in the wall?

Making its worldwide Blu-ray debut and its home video premiere outside Japan, this rarely-screened, nightmarishly disorienting creepshow not only displays a seldom-seen side of kaiju auteur Yuasa, but it's skillful blending of Umezu’s comics (published in English-language markets as Reptilia) arguably anticipates many of the trends seen in J-horror decades later. 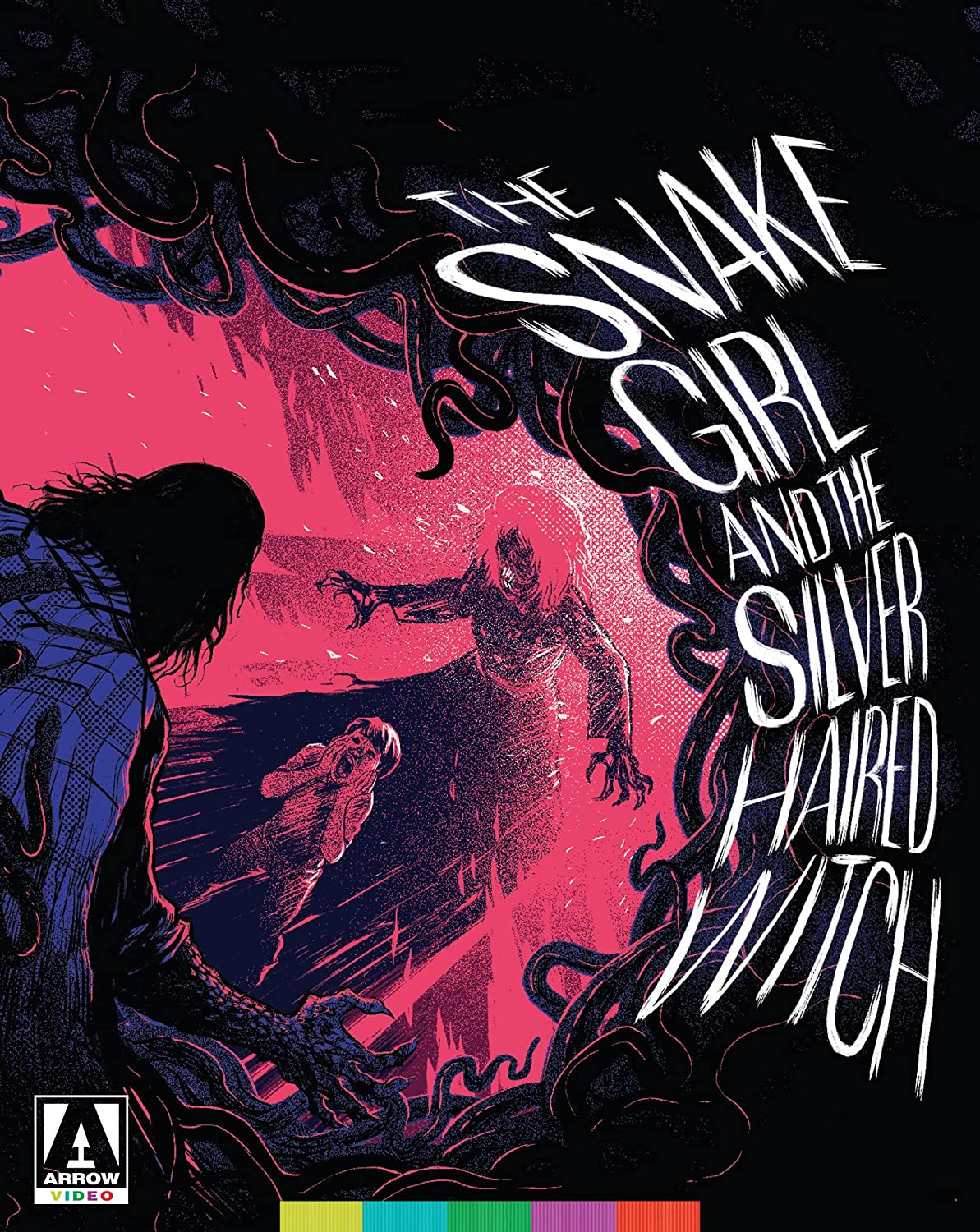 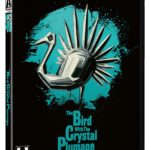 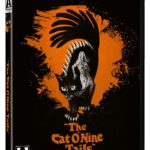 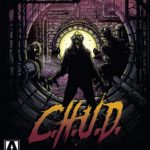 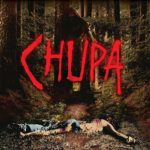 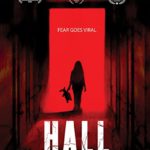 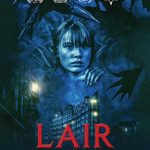 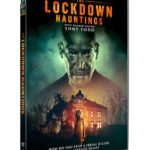