For the last round of horror and sci-fi home media releases for the month of November, we have an eclectic array of titles coming home this week. Vinegar Syndrome is keeping busy with a handful of titles being released on Tuesday, including Deadly Games (aka Dial Code Santa Claus), Cemetery of Terror, Blood Games, Rest in Pieces, The Severed Arm, and Whodunit? (aka Island of Blood). Arrow Video has put together He Came from the Swamp: The William Grefé Collection, which exploitation fans will undoubtedly want to pick up, and if you missed it when it hit limited theaters earlier this year, now you can catch up with Train to Busan Presents: Peninsula.

It all started as a simple game of softball... When a women's softball team wins a game against a group of rough talking and dirty playing men, they find themselves unwittingly involved in a new competition with much higher stakes: life and death. After being horribly attacked and assaulted by their male competitors, the women are forced to use both their wits and strength to escape their tormentors and avenge their teammates. However, they quickly find themselves trapped in a deadly cat and mouse chase through a nearby forest, where violence lurks behind every tree... 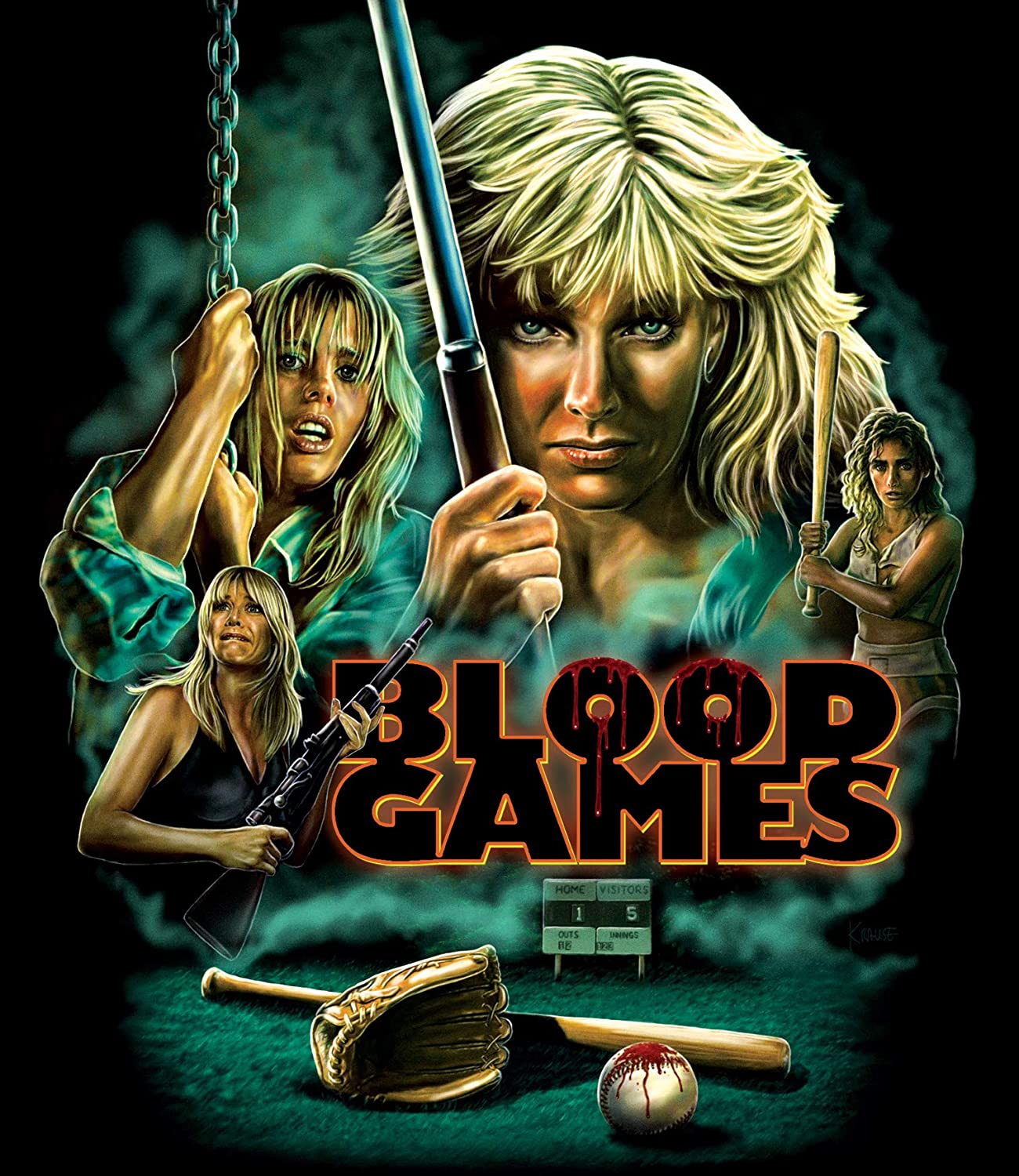 It's Halloween night and a group of bored teenagers decide to pull a ghastly prank (as a means of getting lucky): stealing a corpse from the local morgue and taking it to a nearby cemetery where they perform a Satanic ritual in an attempt to bring it back to life. Unfortunately, they happen to choose the body of a savage serial killer who has just been shot dead by police, ending a recent spate of satanically influenced murders. Unwittingly reviving the bloodthirsty sadist to the realm of the undead, the group of fun-seeking youngsters risk becoming dinner for the devil worshipping zombie, with only occult expert, Dr. Carden (legendary Mexican character actor Hugo Stiglitz), able to try and put an end to the madness.

The directing debut of Rubén Galindo Jr. (Don't Panic, Grave Robbers), CEMETERY OF TERROR is easily the wildest zombie movie to ever emerge from Mexico! Filled with extra gratuitous gore effects that would feel right at home in a Fulci film and all of the ludicrous plotting of a Bruno Mattei epic, CEMETERY OF TERROR is non-stop thrills and bloodshed from beginning to end. Vinegar Syndrome presents this quintessential piece of Mexican exploitation cinema on Blu-ray, in a new 4K restoration of recently unearthed 35mm negative elements. 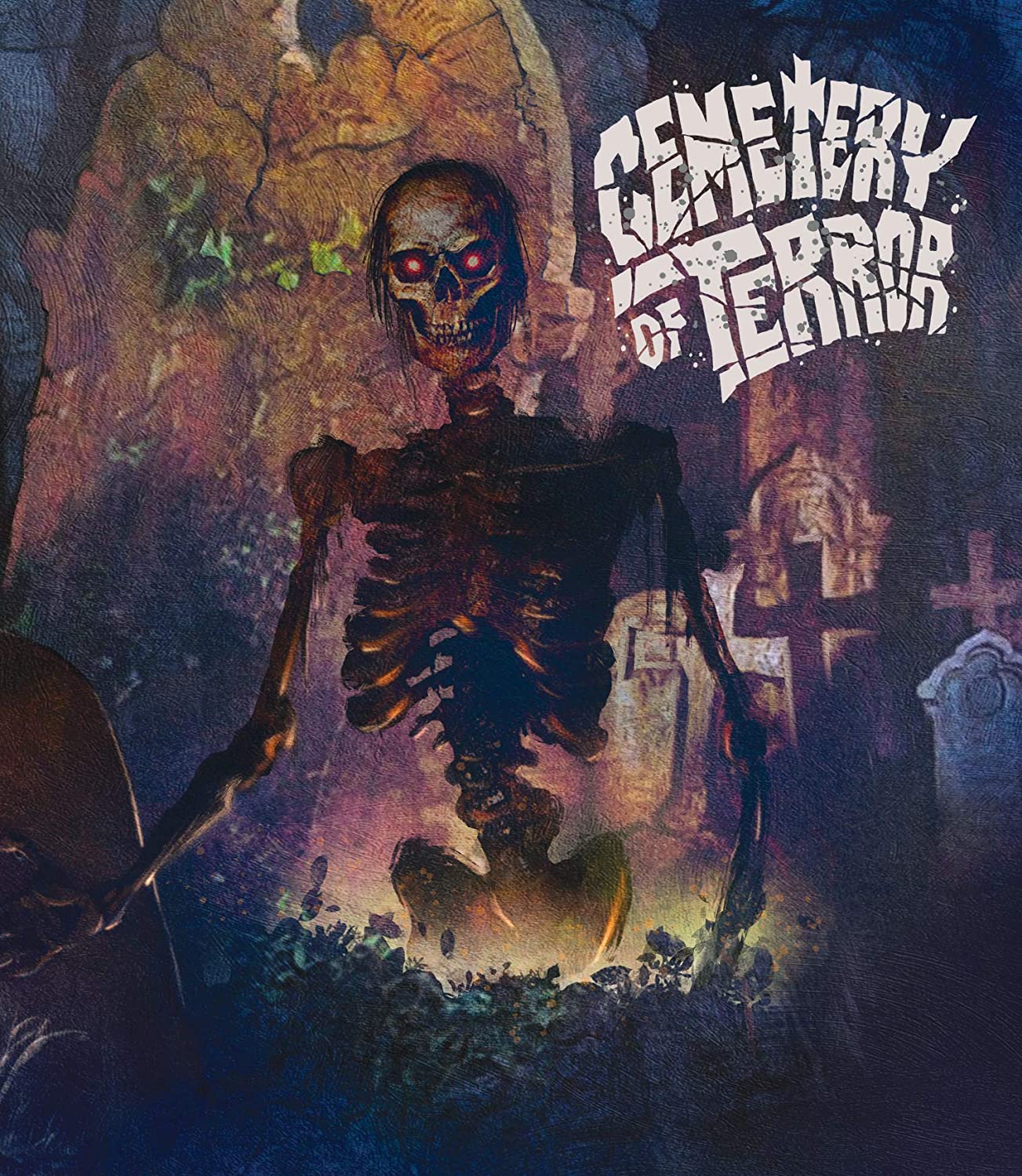 Young Thomas is obsessed with action movies and video games. So much so that, when his mother is out, he delights in turning the sprawling mansion where he and his invalid grandfather live into a makeshift battleground; concocting and setting elaborate traps. Home alone, grandfather aside, on Christmas Eve, Thomas is soon faced with an unexpected - and very unwelcome - guest, a department store Santa Claus, who is, in fact, a deranged maniac on the loose! Putting his skills into action, Thomas begins an all out assault against the murderous Saint Nick, rather than risking his Christmas turning into something closer to Halloween...

A dazzling mix of thriller, action, and horror, and long rumored to be the unofficial inspiration for one of the biggest Hollywood blockbusters of the 90s, René Manzor's DIAL CODE SANTA CLAUS (aka 3615 code Père Noël aka Deadly Games aka Game Over) is a would-be cult sensation that sadly never was. Featuring ultra stylized cinematography from Pal Gyulay which highlights the often dream-like production design, Vinegar Syndrome is honored to present your next holiday favorite, DIAL CODE SANTA CLAUS, in its U.S. disc debut and worldwide 4k Ultra HD debut, from a brand new 4K restoration of its original 35mm camera negative! 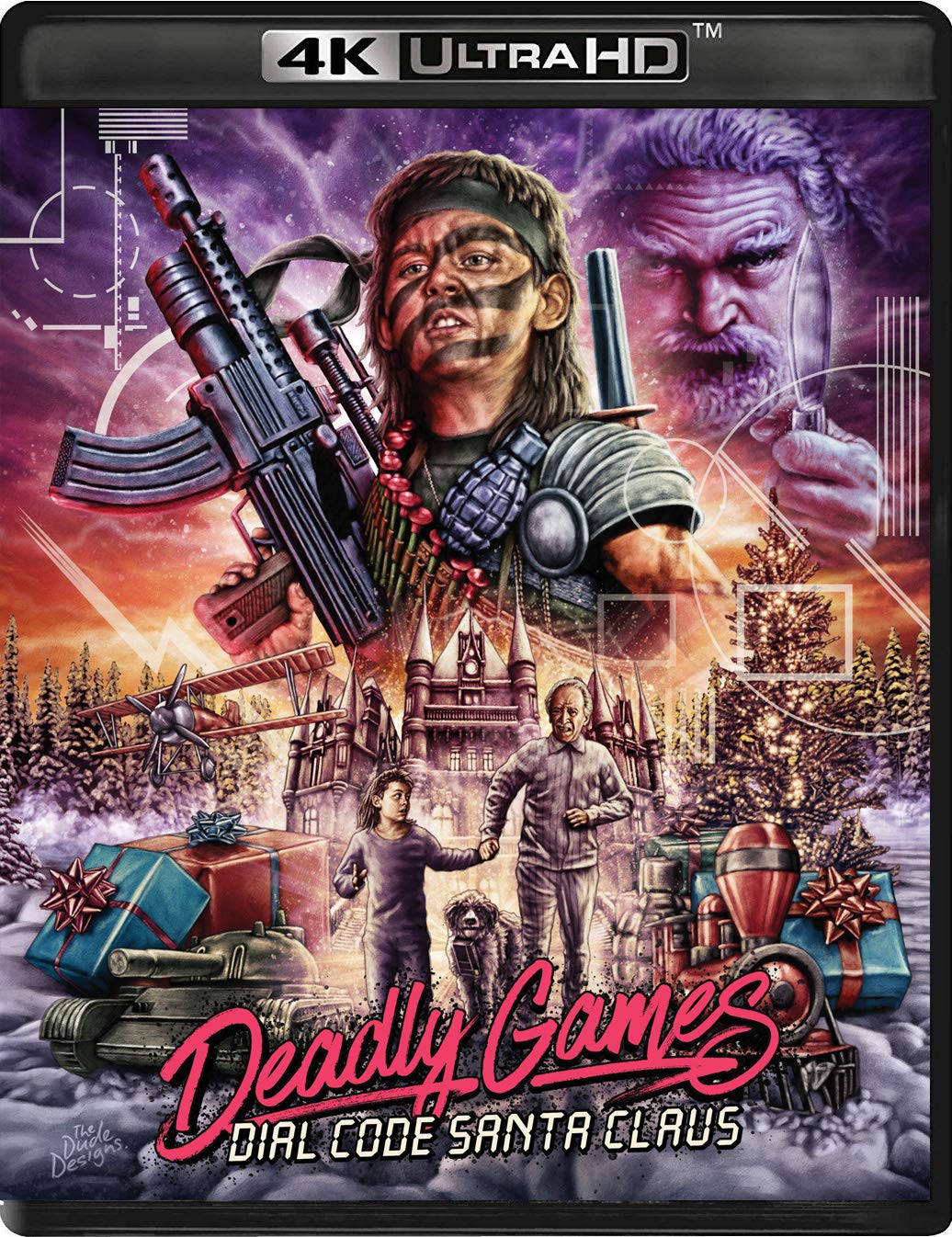 He Came from the Swamp: The William Grefé Collection (Arrow Video, Blu-ray)

Killer sharks and human jellyfish and living mummies, oh my! Arrow Video is proud to present the first ever collection of works by William Wild Bill Grefé, the maverick filmmaker who braved the deep, dark depths of the Florida everglades to deliver some of the most outrageous exploitation fare ever to go-go dance its way across drive-in screens.

Bringing together seven of Grefé s most outlandish features, all new to Blu-ray, He Came from the Swamp: The William Grefé Collection packs in a macabre menagerie of demented jellyfish men (Sting of Death), zombified witch doctors (Death Curse of Tartu), homicidal hippies (The Hooked Generation) and seductive matrons (The Naked Zoo) not to mention the ubiquitous go-go dancing college kids to create one of the most wildly entertaining box-sets of all time! 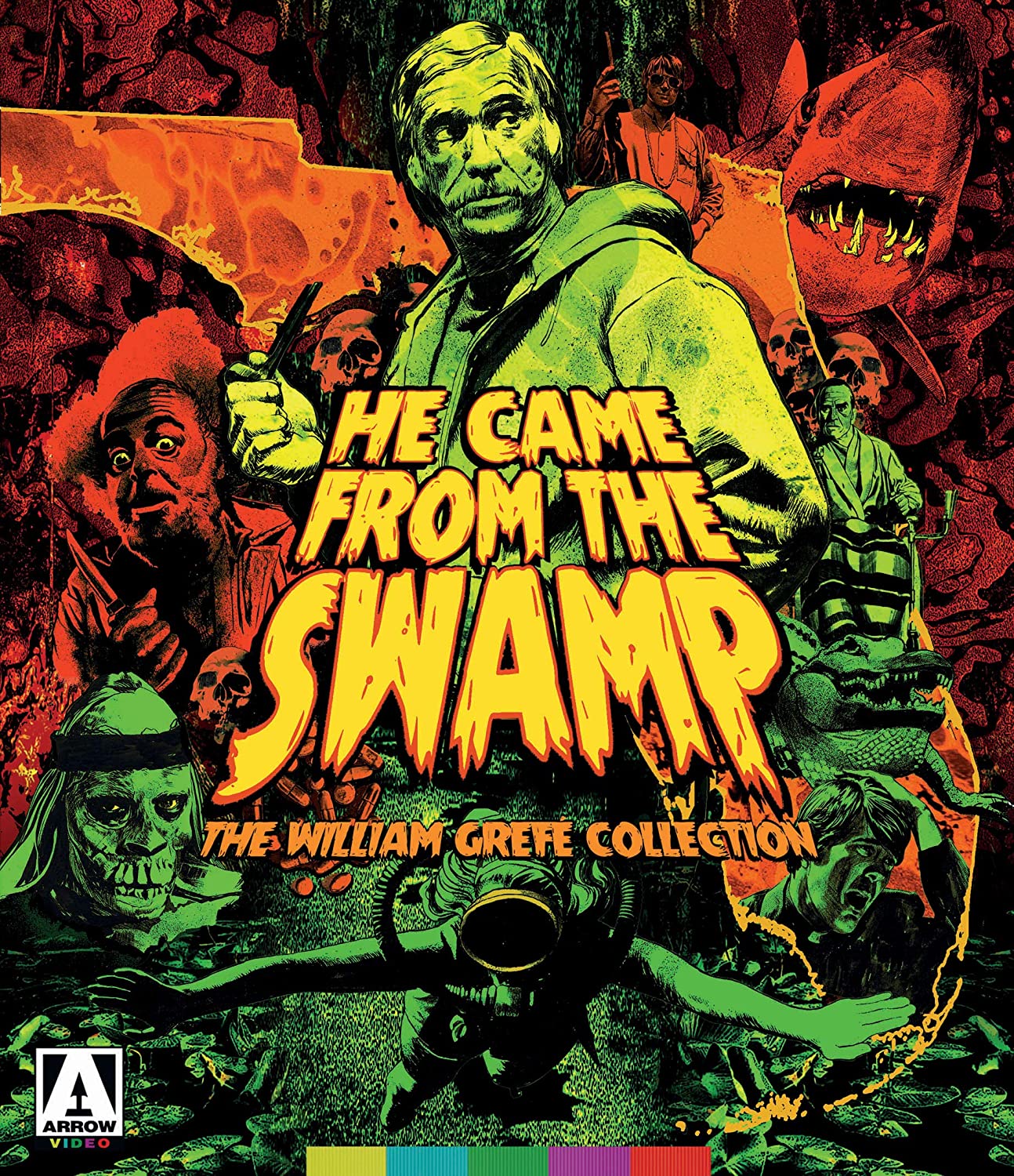 Helen Hewitt has inherited her recently deceased Aunt Catherine's humongous country villa. After arriving at their new home, she and her husband Bob immediately feel a sense of unease and hostility from the estate's staff and tenants, all of whom do their best to make the young couple feel unwelcome. As strange and increasingly sinister events begin to take place around her, Helen becomes determined to uncover the truth about the goings on, and slowly begins to unearth the horrifying and unspeakable evil occurring at the mysterious mansion...

One of a handful of films that acclaimed Spanish horror and exploitation auteur, José Ramón Larraz, made primarily for the American market, REST IN PIECES plays like a refined piece of Euro-horror as filtered through the trashy mindset of late 80s, direct-to-video trash. Pleasantly grotesque (the gore effects earned a 1987 Goya Award nomination) and with a wry sense of self-aware humor, REST IN PIECES co-stars Dorothy Malone (The Big Sleep, Basic Instinct), Jack Taylor (Conan the Barbarian), and Patty Shepard (My Dear Killer). Never before released on disc, Vinegar Syndrome is delighted to present REST IN PIECES on Blu-ray in a new 4K restoration of its 35mm camera negative. 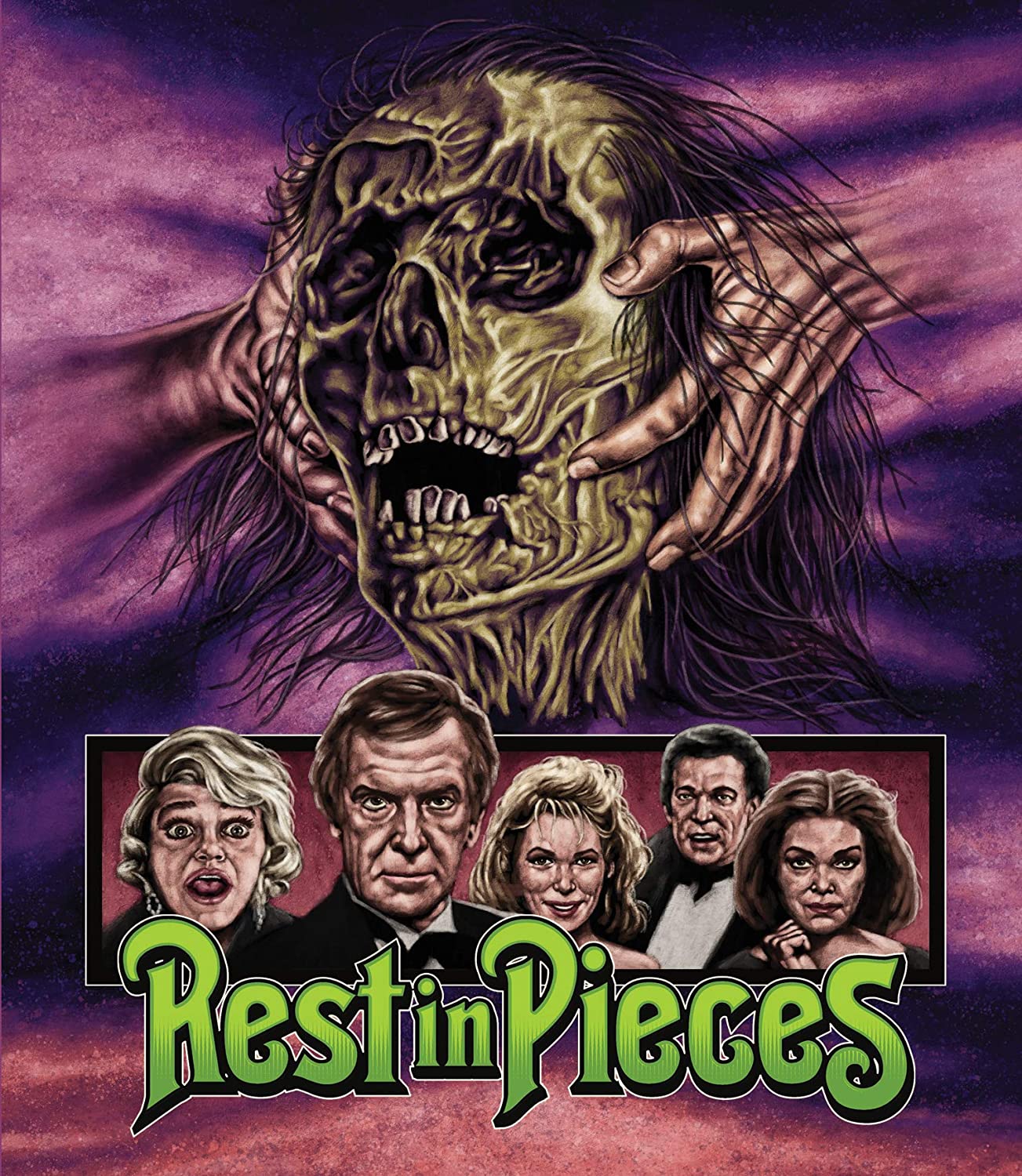 Every year young people disappear... An eerie and deserted wax museum, SLAUSEN'S LOST OASIS, is the site for spine-tingling terror where four unsuspecting young travelers (Including TANYA ROBERTS from Charlie's Angels) are lured into a very deadly TOURIST TRAP. Slausen (CHUCK CONNORS) is the reclusive and bizarre owner of this attraction, which is actually more like a macabre chamber of horrors. The grotesque and frightening mannequins in this sordid side-show are only the beginning of the murderous mayhem and nightmarish madness to come. 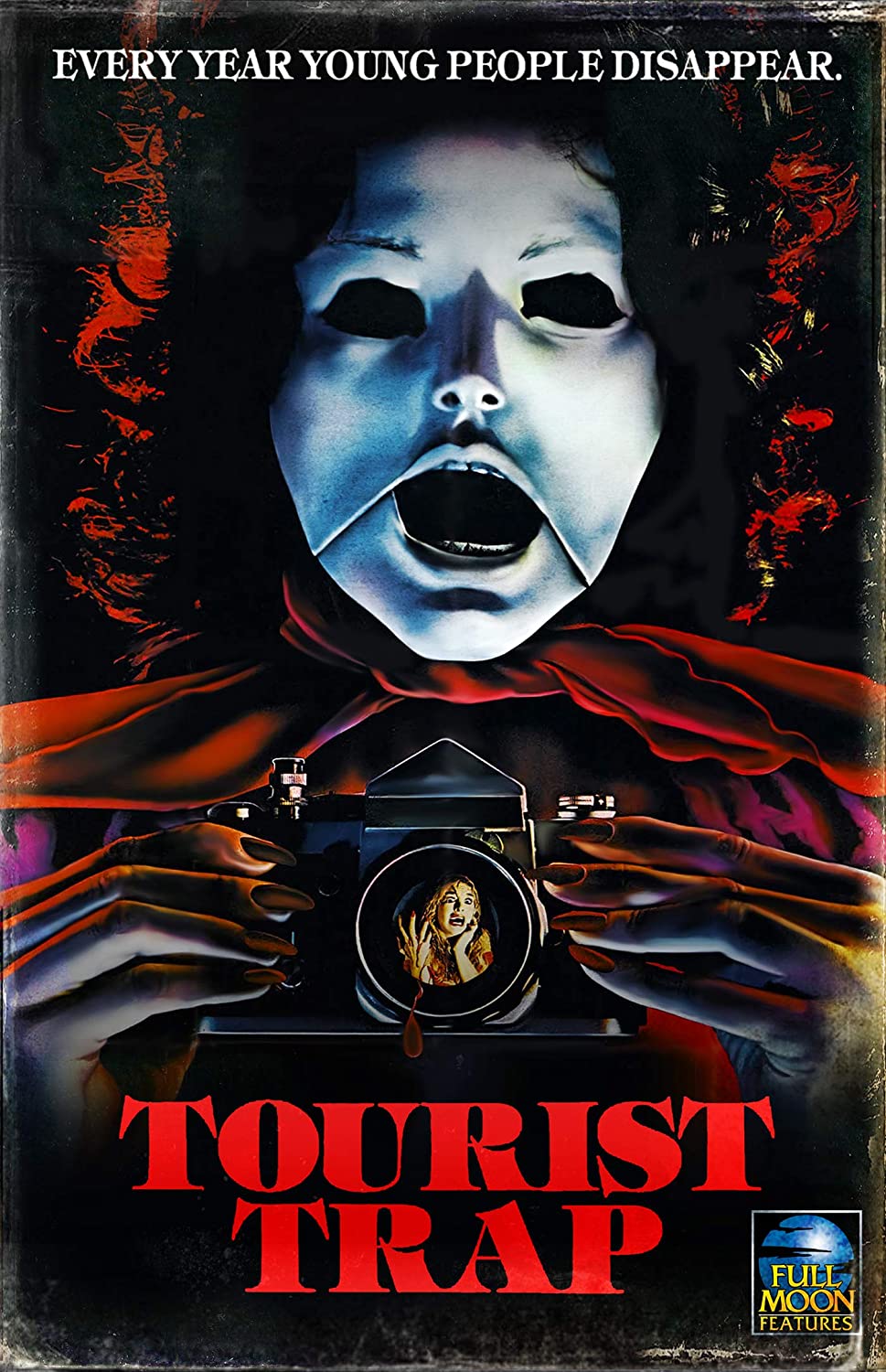 Four years after South Korea’s total decimation in TRAIN TO BUSAN, the zombie thriller that captivated audiences worldwide, acclaimed director Yeon Sang-ho brings us PENINSULA, the next nail-biting chapter in his post-apocalyptic world. Jung-seok, a soldier who previously escaped the diseased wasteland, relives the horror when assigned to a covert operation with two simple objectives: retrieve and survive. When his team unexpectedly stumbles upon survivors, their lives will depend on whether the best—or worst—of human nature prevails in the direst of circumstances. 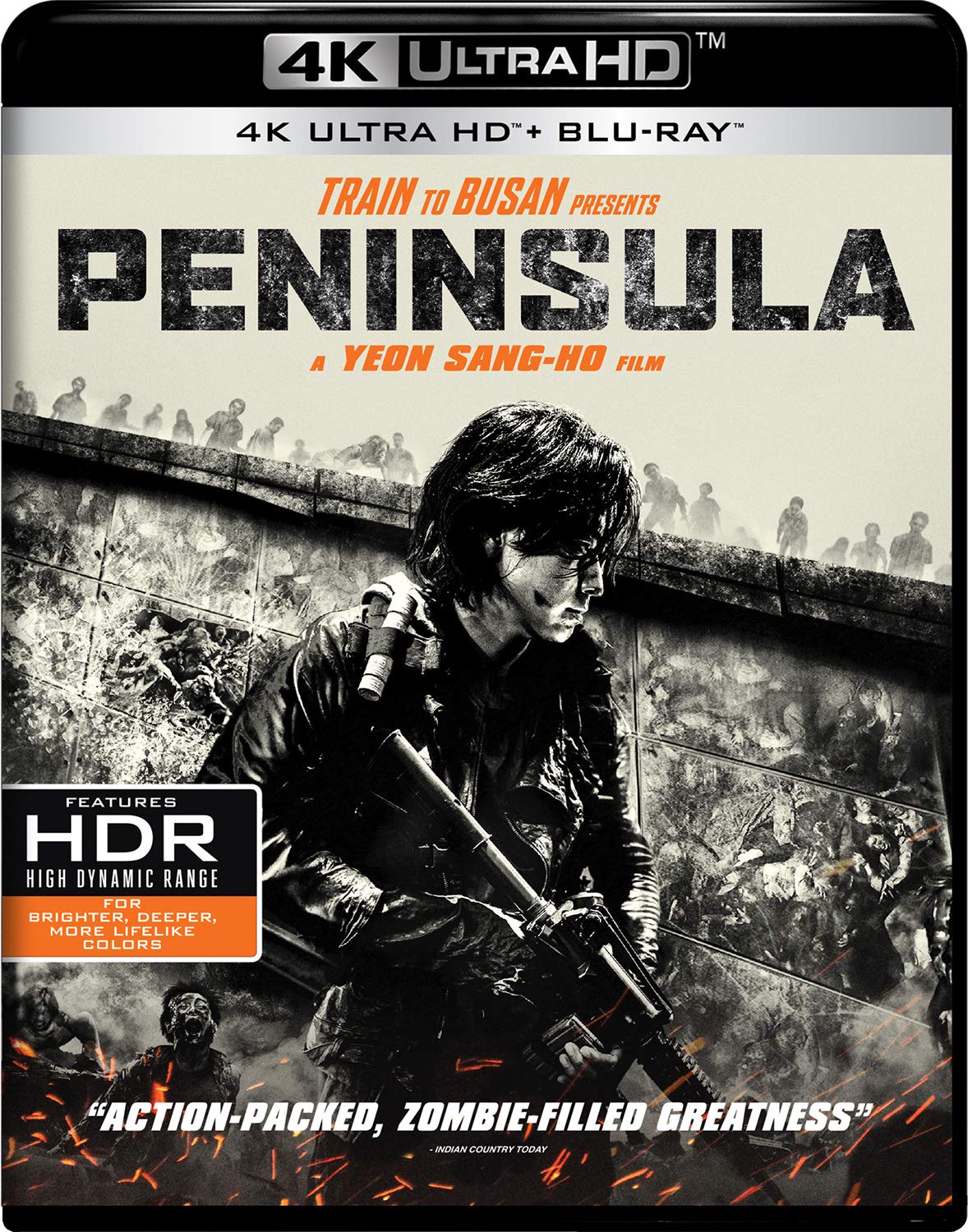 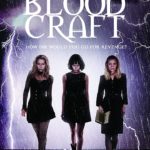 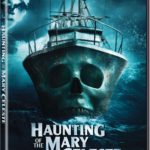 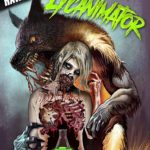 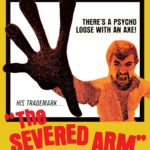 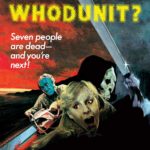