Paramount to Release LOVE AND MONSTERS on 4K Ultra HD, Blu-ray, and DVD on January 5th

Years into the "Monsterpocalypse," a young man leaves the safety of his bunker to reunite with his true love in Love and Monsters, and following its VOD release in October (in case you missed it, read Sara Clements' review), the comedic and emotional creature feature is coming to 4K Ultra HD, Blu-ray, and DVD on January 5th from Paramount.

The Love and Monsters Blu-ray will include the following special features:

Directed by Michael Matthews from a screenplay by Brian Duffield and Matthew Robinson (based on a story by Duffield), Love and Monsters stars Dylan O’Brien, Jessica Henwick, Michael Rooker, and Ariana Greenblatt.

Synopsis: "Seven years after the Monsterpocalypse, Joel Dawson (Dylan O’Brien), along with the rest of humanity, has been living underground ever since giant creatures took control of the land. After reconnecting over radio with his high school girlfriend Aimee (Jessica Henwick), who is now 80 miles away at a coastal colony, Joel begins to fall for her again. As Joel realizes that there’s nothing left for him underground, he decides against all logic to venture out to Aimee, despite all the dangerous monsters that stand in his way. The fun-filled and action-packed adventure also stars Michael Rooker and Ariana Greenblatt." 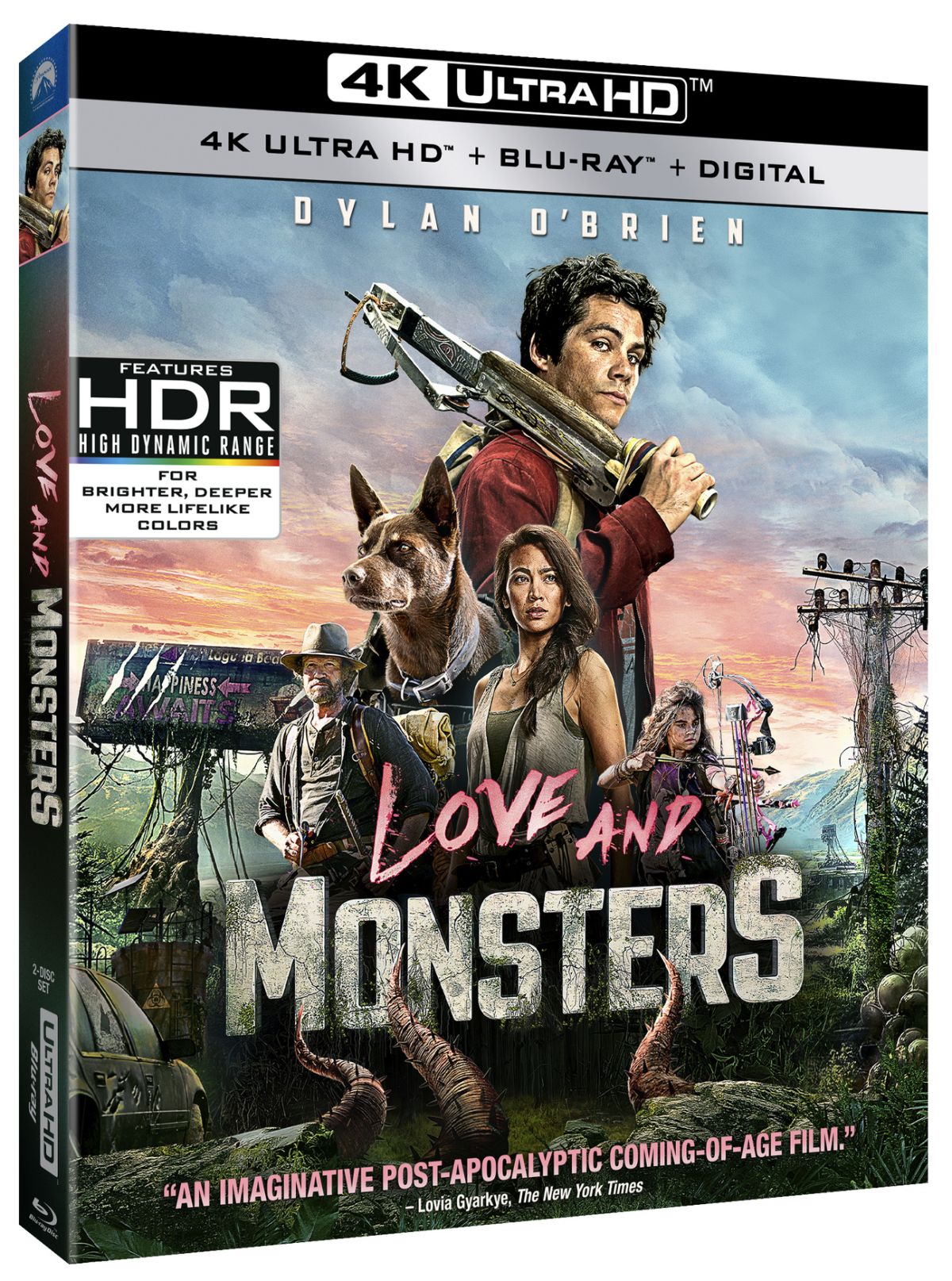