PG: PSYCHO GOREMAN Heading to Shudder on May 20th

Following its Blu-ray and DVD release in March, the horror comedy PG: Psycho Goreman will be available to exclusively stream on Shudder beginning May 20th.

We have the official press release with additional details below, and in case you missed it, check out Heather Wixson's previous Practical-ly Perfect interview with writer/director Steven Kostanski.

Press Release: NEW YORK – April 12, 2021 – Shudder, AMC Networks’ premium streaming service for horror, thriller and the supernatural, announced that PG: PSYCHO GOREMAN will be available exclusively to stream on the platform starting on May 20, 2021. As a Shudder exclusive, the platform will be the only subscription service that will carry the film in the U.S., Canada, the United Kingdom, Ireland, Australia and New Zealand.

In PG: PSYCHO GOREMAN, siblings Mimi and Luke unwittingly resurrect an ancient alien overlord who was entombed on Earth millions of years ago after a failed attempt to destroy the universe. They nickname the evil creature Psycho Goreman (or PG for short) and use the magical amulet they discovered to force him to obey their childish whims. It isn’t long before PG’s reappearance draws the attention of intergalactic friends and foes from across the cosmos and a rogues’ gallery of alien combatants converges in small-town suburbia to battle for the fate of the galaxy.

Popular with genre film enthusiasts, Indiewire recently reported that PG: PSYCHO GOREMAN is one of the highest grossing independent films of the year to date and Clark Collis from Entertainment Weekly rated the film as one of the best horror films of 2021 thus far.

AMC Networks’ Shudder is a premium streaming video service, super-serving members with the best selection in genre entertainment, covering horror, thrillers and the supernatural. Shudder’s expanding library of film, TV series, and originals is available on most streaming devices in the US, Canada, the UK, Ireland, Germany, Australia and New Zealand. For a 7-day, risk-free trial, visit ​www.shudder.com​. 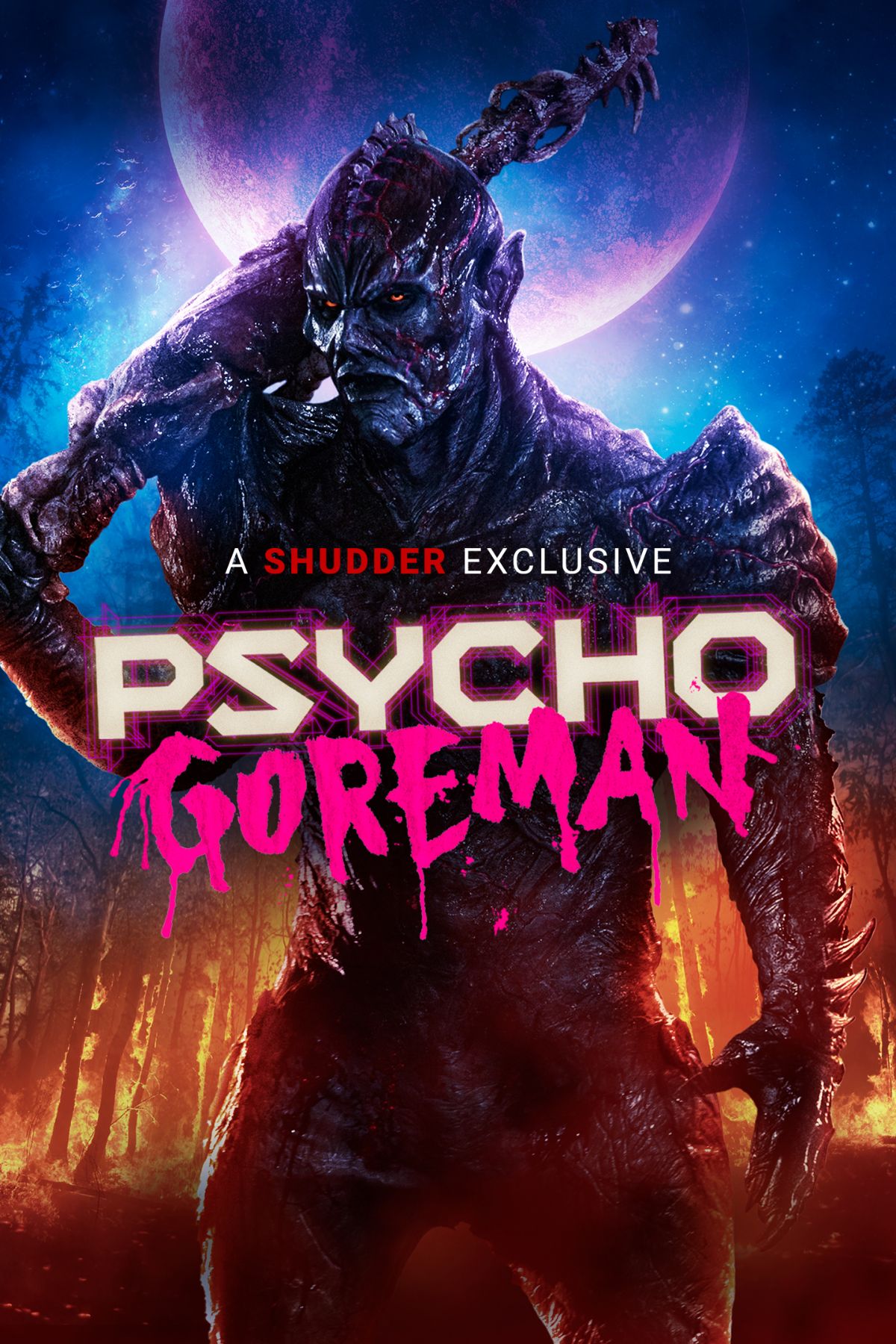