Greg Nicotero and all the talented artists working at KNB EFX are responsible for so many brilliant film and television creations from over the last several decades, which of course includes all their latest creatures and characters from the first season of the Creepshow series.  In honor of Creepshow making its way to both Blu-ray and DVD this week, this writer thought it was the perfect occasion to not only celebrate some of my favorite effects we saw throughout these six episodes, including my favorite creature from 2019 – the mysterious but loyal creature known as “Bob,” who stole my heart (along with many other genre fans, too).

Great to speak with you again, Greg. Coming into Creepshow, one of the biggest aspects to capturing the spirit of the original film was including The Creep. Can you talk about you and your team’s approach to the effects for the Creep, since he’s definitely more animated here than we ever saw him before?

Well, it’s funny because the challenge always is taking an animatronic character like that and giving him life. It’s tricky, because most of the time it’s in the eyes and in the lips. The eyes move around, the brows, the blinking. We really wanted to make sure that he felt like a real character and after we had shot some shots with the animatronic puppet, I realized I wanted to be able to shoot some wider angles of The Creep as well. So, we made a mask and a costume for a performer to wear so we could actually shoot wider shots. That way, we weren’t just relegated to shooting close-ups of the puppet.

And for Season Two, we made one little adjustment to The Creep. Originally, he didn’t have any lips because his lips were kind of rotted away in season one. But I realized that in order to make sure The Creep looks like he’s smiling, and looks like he’s ghoulishly enjoying these stories, he needs lips. So, we added lips to The Creep for season two and a smile mechanism so we could actually get a chance to see him smiling and cackling a little bit more, and add a bit more character to his face.

One of my favorite characters from this season was Bob. Can you discuss the design inspiration behind Bob’s progression from a finger into a fully fledged creature? That’s not an easy feat.

What’s funny is that in the short story, he’s more of a dragon, but I wanted him to be really scary looking for this. It’s his performance, with his sound and his chitters and what he does that make him loveable even though he’s horrific looking. So, I actually stumbled upon a piece of artwork by an artist called Franco Carlesimo and he had done this really neat piece of this character he called “The Hunter.” It had a bit of a Giger vibe to it and I thought that was really interesting. I liked the idea of the long segmented tail and the really elongated arms and there were a lot of interesting things about it. I reached out to him and told him that I was working on Creepshow, I saw this design of yours and I would love to get your permission to use aspects of your design. I’ll give you a credit for it on the show.

He agreed and we took the design and made some modifications in the neck and the head and the arms. Even though we changed it a little bit, I still wanted to make sure he got credit for it because his artwork inspired me. The thing I love about Instagram is looking at other artists' work because it’s so inspirational to me. So, that’s where the idea of Bob came from. We worked a lot in post production to give his sound effects a lot of meaning, too. Even when we were working with the puppet, the way we’re able to get his head to tilt side to side like a dog like listening, and we were able to wag his tail and bounce him up and down whenever he got excited. It’s all those little things that really brought Bob to life.

Honestly, I’m still holding out for a Bob toy, because I want a Bob of my own.

Me too. I have to get with the merchandising people because you’re not the first one to ask that.

There are a lot of ambitious effects in all of these episodes. Were there any moments when you guys were thinking, “I don’t know if I can pull this off,” considering all the time constraints you were all dealing with?

There were some instances when we got into production that I realized that we weren’t going to be able to shoot certain aspects of some of the scripts. Like “Skin Crawlers” is a good example. I love that original script. That original script that had a scene that brought us into an examination room and they watch the worm being put on somebody’s stomach and sucking all the fat out for the procedure. As soon as we got into production, and I realized that that sequence alone would probably take a third of our shooting schedule to get that right. So, we wisely ended up re-writing it so that we saw the doctor pitching the idea as a visual, and we’d see the worm swimming around in the tank and he’s on a sales pitch. It would have been a massive undertaking for that one scene so we found a more concise way of telling it, which still worked and we were still able to our story told so I think it worked out to our benefit.

Well, congratulations again on everything, Greg, and I am really excited to see what you’ve conjured up for Season two.

You know, Season Two is going to be bananas. Like, completely out of control. I took the best things from Season One and amped them up for the new episodes. I like humor and I think there are a couple episodes that are a lot funnier and there are a couple episodes that are much more personal to me, that really play to who I was as a kid. You can always tell, for me, if it’s a script that I read that I want to direct then that’s my singing endorsement for that particular story. And I feel like for Season Two, of the 12 scripts that we had, I would have loved to shoot all of them because I can feel the characters and the story really left me engaged and I can’t wait for it to f--king start (laughs). 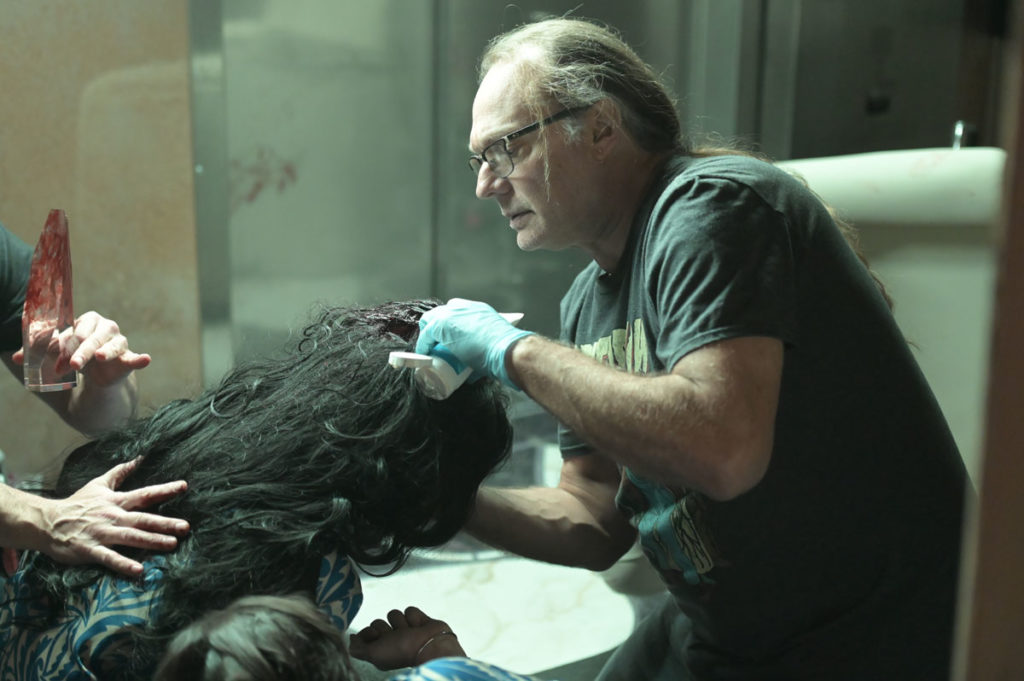