STREET TRASH: THE GRAPHIC NOVEL is a massive, 244-page magnum opus that's "bigger, badder, and brasher than everyone's favorite Video Nasty" and we have all the details, along with preview pages!

DON'T DRINK THE VIPER!
In the sleazy, foreboding world of winos & derelicts in mid-80's New York City, two young runaways - Fred and his younger brother Kevin - live in a tire igloo in the back of a vast auto wrecking yard. Fred takes out his anger at the world, but Kevin yearns to rejoin society and lead a normal life.

Threats abound on all sides: A gang of bums calling themselves the Flatbush Foot Brigade are hunting Fred for money he stole from their leader Bronson, a homicidal veteran that carries a knife carved from a human femur bone. There's also a hard-nosed cop, a vengeful Mafia don, the lecherous junkyard owner and a wisecracking doorman, none of whom are particularly fond of our unwashed heroes. But the most lethal threat is the case of Tenafly Viper wine at Ed's Liquor Store. He found the swill in the dusty basement and is selling it for a dollar per bottle. Only problem is the stuff's gone bad - real bad - and anyone that drinks it melts into a puddle of bubbly, toxic goo!

The brothers must overcome these obstacles - and find peace with each other - if they're to have any hope of survival!

For the FIRST TIME EVER... A movie-to-comics adaptation by the creators of the original cult classic monsterpiece!

Roy Frumkes wrote and produced the STREET TRASH movie, and he's closely supervised the creation of this graphic novel to ensure it's every bit as outrageous to appease our rabid fans! Roy was also screenwriter for The Substitute, appeared in the original Dawn of the Dead as the Pie-in-the-Face Zombie, and produced The Meltdown Memoirs and Document of the Dead.

Cool Stuff About This Book:

To lear more and pick this up for yourself, visit: https://www.amazon.com/dp/B0BFTMJWW2 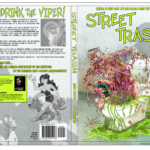 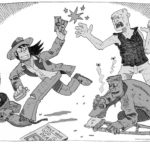 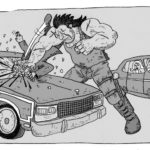 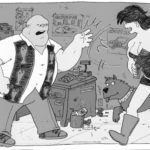 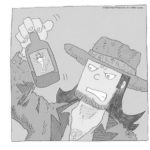 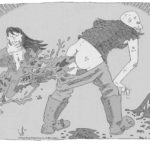 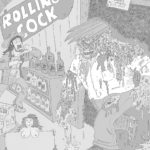 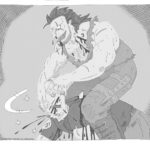 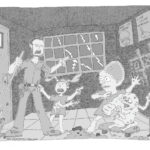 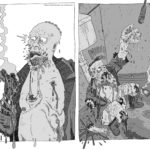 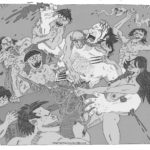