Originally published in 2010, Bob Fingerman's zombie novel Pariah has been resurrected in a revised second edition that's now available from Heavy Metal, and we've been provided with an exclusive Q&A with Fingerman to discuss what readers can expect in the latest version of his unique living dead book.

You can check out the exclusive Q&A with Fingerman below, and to learn more about Pariah, visit the book's official Amazon page.

How did you come up with the idea for PARIAH?

Bob Fingerman: The first glimmerings of Pariah go back to maybe 1991 or ’92. I was already steeped in zombie fascination and the germ of the idea emerged from just looking out my window and imagining a sea of zombies and thinking, “What haven’t I seen before in that genre?” But originally it was conceived as a graphic novel. I’m actually glad it didn’t happen that way, as I feel the prose novel allows for richer detail of character. And for no holds barred.

What zombie lore and stories influenced you when you were writing PARIAH? How is your tale different from other zombie fare?

Bob Fingerman: Well, that’s the thing. The hook. The new wrinkle. I mean, everything that came before was mixed into the soup of the book, but mainly George A. Romero’s work. The credit always has to go to Poppa George for creating the modern, non-voodoo zombie. It’s hard to discuss without spoilers, but I guess it’s right there on the cover: what if a unique person had the ability to repel the zombies, so was immune from their attacks?

Though PARIAH is a post-apocalyptic horror story, it's often darkly funny. How do you use humor as a way to explore the horror your characters are facing?

Bob Fingerman: Humor is always crucial to my approach, which is not to say it’s a funny book. But I especially find humor useful in horror. Humor is a survival tactic, finding funny in the darkness. It’s also maybe a very New York thing. The complaining and wryness. It’s an innate trait. This reference might be too old, but Neil Simon’s The Prisoner of Second Avenue is as much a part of Pariah as Night of the Living Dead.

Your story is mostly set in a single location, with the main characters stuck inside during a zombie outbreak. How does your book delve into issues with isolation and how does that relate to our current quarantined pandemic state?

Bob Fingerman: It relates much more closely now than when I originally wrote it, alas. The lockdown thing. I hope it’s not too relatable, but certainly more people have real-life experience with their worlds getting smaller and more intimate than previously. My original draft was too claustrophobic. Extended flashbacks opened things up in a way that made the book much more accessible.

In your tale, a mysterious young woman appears with the unique ability to repel zombies. Would you tell us a little about her?

Bob Fingerman: Mona is an 18-year-old girl who, for reasons I won’t get into here, repels the zombies. But she’s a bit opaque to our central cast of survivors. She’s content to help them, going out to run errands, get life-sustaining and life-enhancing supplies for them. But her nearly nonverbal, shut-down personality is frustrating to them.

How is this Redux edition of PARIAH different from your original 2010 novel?

Bob Fingerman: I think it’s more humane. Also–and I discuss this more in depth in a new afterword–I’ve experienced more life in the decade since its original release. Life stuff that enriched the depictions of loss, etc. I think it’s a more mature draft.

Is there anything else you'd like to say about PARIAH?

Bob Fingerman: Just that I really hope people buy it and read it, even ones that read the original release. I’m really proud of it and I think fans of the genre, and even just folks that skew towards the less specific “literary novel” will enjoy it. Thanks!

To learn more about the redux edition of Pariah, check out the official synopsis and cover art below, and be sure to visit the book's official Amazon page!

Synopsis: "In a modest Manhattan walk-up, a group of survivors are on their last legs. As the end seems nigh, a teenage girl is spotted on the avenue, not only alive but repelling the undead like Moses parting the Red Sea. When she comes to their aid questions of who, what and why she’s immune to attack arise.

Almost like a play, this single location-centric story features a strong cast of archetypal, yet fully fleshed-out, distinct, characters. The artist; the young widow; the elderly couple; the bros living a new normal, for one of whom it’s also finally living his truth; the country boy who’s turned his back on his faith only to have it return in earnest. And the mysterious stranger that arrives as their savior, only to confound them, even as she complies with their ever-increasing impositions. PARIAH sets the classic zombie tropes on their ear as the element of immunity to attack is introduced into the mix. Very contemporary, but also taking cues from the classic New York cinema of Martin Scorcese, Neil Simon, Woody Allen and other gritty cinema and literature, PARIAH thrusts the reader into a truly dire survivors’ tale, capturing the desperation and resolve of its disparate cast." 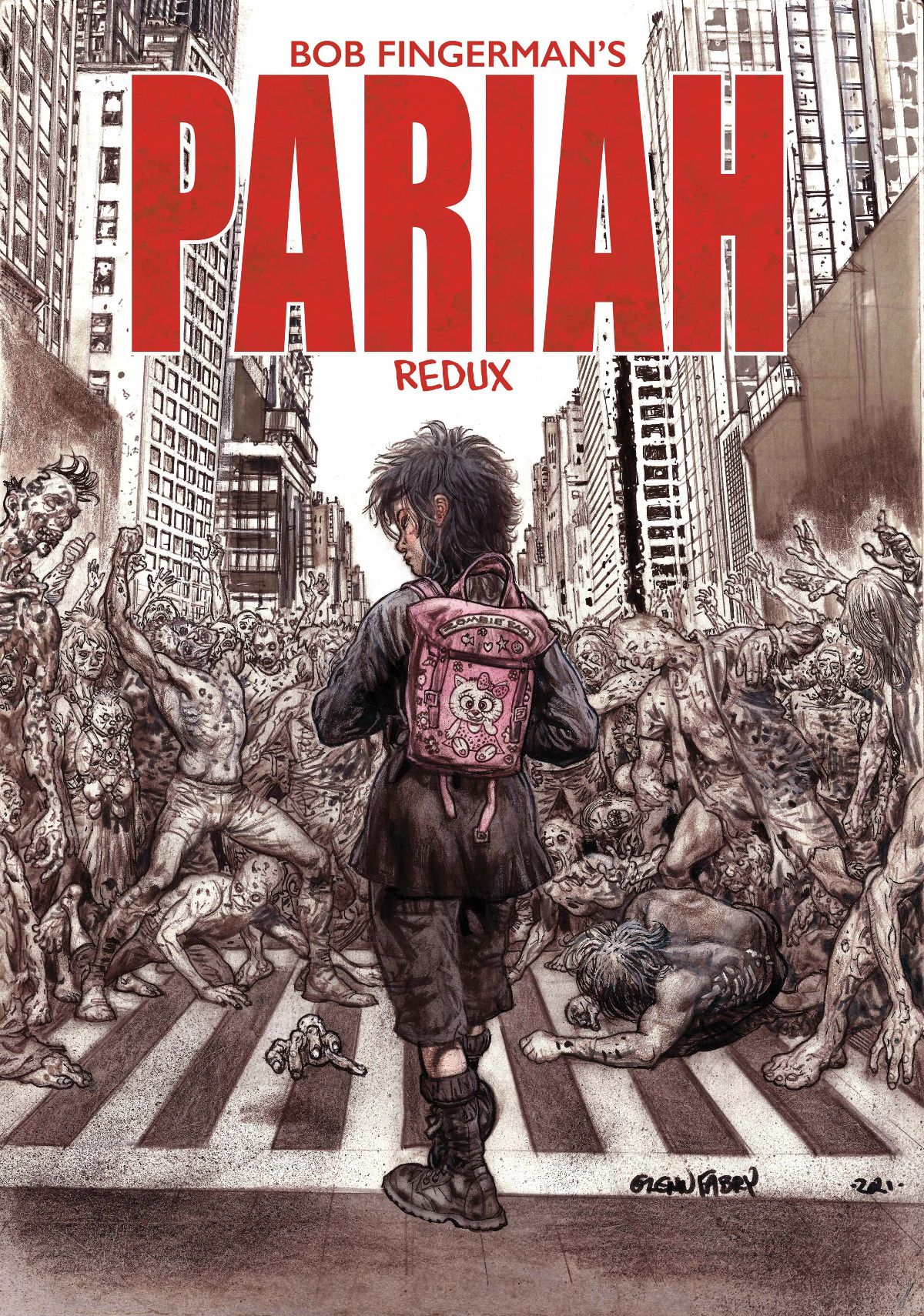