What should be a relaxing camping trip in the woods turns into a fight for survival for nine friends when they wake up with countdown bombs strapped to their chests—and cruel rules to keep them from blowing up—in the new movie Triggered. Ahead of the horror thriller's November 6th digital and VOD release from Samuel Goldwyn Films, we caught up with Triggered director/editor/executive producer Alastair Orr to discuss the movie's inception, filming mostly at night, making the vest bombs as believable as possible, and working with a dedicated cast and crew to create their explosive film.

Thanks for taking the time to catch up with us, Alastair, and congratulations on your new movie Triggered! When did you first read the screenplay by David D. Jones, and what made you want to bring this story to life on screen?

Alastair Orr: Thank you for checking out Triggered!! We’re glad people are finally seeing it. For a lot of people it was a real work of passion and blood and sweat and tons of tears (okay, the tears were only from me). I was looking for something very different to do after my last couple of creature feature films, so I wanted to steer away from the supernatural. David [D. Jones] pitched us this idea of a film where the bad guy is all the good guys, like a Battle Royale kind of thing, and I was like, “Dude, that’s been done before?” And he just responded,”Not our way. Give me six weeks.” He sent us over the first draft and we found it dark and very, very funny and relentless. We thought that there was no way anyone would make this movie and that’s precisely why we thought we had to.

Alastair Orr: We filmed for about 17 days on a horse farm in the South of Johannesburg. We got rained out for about half that time, so it was quite an intense shoot. It was all night except for one scene.

What was it like working with your cast, who bring such a high energy to all of these nighttime scenes in the woods?

Alastair Orr: They were rad to work with. They were just so up for anything all the time. There was nothing they refused to do—except learn their dialogue (looking at you Steven Ward!). They brought so much to their characters and I really trusted them to take the reins. There were a few times when they would come to me with notes on scenes and I totally just went with their suggestions. They owned their characters and I let them loose.

Like your previous films, you edited Triggered in addition to directing it. What do you enjoy the most about working in the editing bay and seeing your film through to the finish line in post-production?

Alastair Orr: Look, it sounds fun and romantic being in control of the entire movie, but it's such an emotional rollercoaster, man! Normally an editor will come in after the shoot (or at least isn’t involved in the day-to-day drama of the shoot), so he/she comes in very objectively and can analyze the footage on its clear merits or flaws. Having a rough shoot, I brought in a lot of baggage to the edit suite—I was unnecessarily complicating sequences or looking to fix things that weren’t broken. I had to work through a lot of issues to get the film done, but I had good partners that would come in and advise and offer suggestions—it became much more of a team effort towards the end getting this thing over the finish line.

Were you influenced or inspired by any other movies while making Triggered?

Alastair Orr: It was the scene where (Spoiler Alert) Cici dumps Ezra. It was the first time we were using the vests and we never did any lighting tests. So much had gone wrong that day and I was really expecting the worst. We had about 30 minutes to shoot that scene, so I was dreading it. I had so many insecurities about the vests looking fake and the lighting not working correctly. But as soon as we saw the vests on screen and all the lighting just working, it was a massive sigh of relief.

The suicide bombs strapped to your characters have a high-tech yet realistic look. How did you and your team come up with the design for the countdown bombs?

Alastair Orr: We didn’t want them to look like the traditional suicide vests, we wanted to have a bit more fun with it. We commissioned this super talented cosplay artist to design the vests. His name is Brian Cargile and he programmed the vests to be able to change colors on set. Once we had them in South Africa, we added in extra wires and components to roughen and toughen them up. I think our main reference was the laser tag vests from Starship Troopers, and there’s  an old video game called Blast Chamber that uses a similar device. They were a pain in the ass on set. We got rained out badly, like torrential Noah’s ark rain and it kept shorting the vests. The timers were added in post because there was no way we were going to control and monitor the countdowns on set—and we needed it to be specific. This resulted in us having close to 1800 VFX shots!

Ultimately, what do you hope viewers take away from Triggered?

Alastair Orr: It’s just a fun movie where annoying millennials kill each other or blow themselves up. It doesn’t take itself very seriously and you shouldn’t, either. Pop open a beer and have some fun. If you dig the characters, you’ll enjoy guessing who’s going to survive, and if you hate the characters, well I promise you most of them die anyway!

What has it been like to partner with Samuel Goldwyn Films to release Triggered?

Alastair Orr: We never dreamed we’d get a big release with a company like SGF. We didn’t think anyone besides ourselves would even like the film. It’s so personal to us and SGF have really cared for our little movie in sending it out into the big bad world. They’ve done a great job and just respected the film for what it is, without trying to water it down or make edit changes.

With Triggered coming to digital and VOD on November 6th, what other projects do you have coming up that you’re excited about, and where can our readers follow your work online?

Alastair Orr: Triggered was my little segue into more action-orientated films and I’m busy developing a bigger action film down in South Africa. It’s another genre-bending film with the same team behind Triggered. We should be announcing casting very soon! You can join my 500 followers on Instagram @alastair_orr. 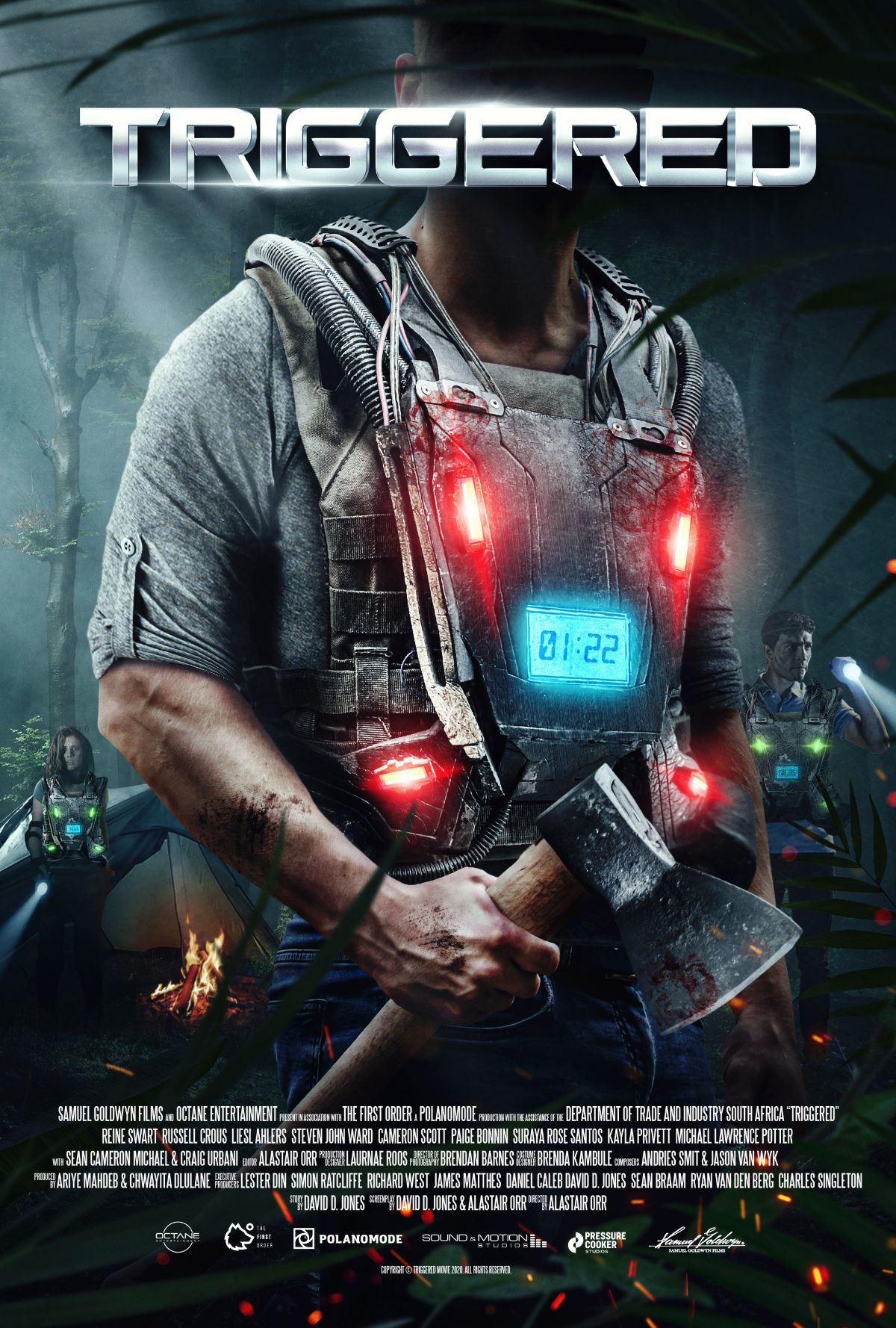