After giving readers a breathtaking look into prehistoric times with his Age of Reptiles graphic novel series, renowned conceptual designer Ricardo Delgado is now using his creative talents to bring a new version of Bram Stoker's classic horror story to undead life in Dracula of Transylvania. Featuring more than 20 hauntingly gorgeous illustrations, Delgado's new novel is now on Kickstarter with a new stretch goal of $24,000 (after largely surpassing its previous goal after just one day), and we caught up with Delgado in a new Q&A feature to discuss his desire to create a unique "alpha predator" version of Dracula, and how Bernie Wrightson and Stephen King's Cycle of the Werewolf inspired his approach to Dracula of Transylvania.

You can check out our Q&A below, and be sure to visit the official Kickstarter page for Dracula of Transylvania!

Hi Ricardo! Thanks for taking the time to answer questions for us! What was your first experience with Bram Stoker's Dracula, and what was it about this story in particular that captivated you?

Ricardo Delgado: Hi, and my pleasure! Gotta start by saying that what fascinated me was the many different versions of the same story, the different iterations of the Count, from the creepy elegance of the Universal films to the violence and terror of the Hammer films. All that variety served to show me that there was room enough for my version, which I would describe in an elevator pitch as The Exorcist meets Lord of the Rings. Horror amid a sprawling adventure.

Dracula is such a timeless character and we've seen many versions of him over the years. How important was it for you to take a unique approach to Dracula and his malicious mindset?

Ricardo Delgado: Drac’s a timeless character, yet I thought too often recently that he’d been portrayed almost sympathetically and romantically at times whereas I wanted an alpha predator, a world-conquering son of Satan, and I’m happy that I was able to achieve that goal. Plus my Dracula is an incredible shapeshifter, and in this story you will see him in all his forms: Bat, Rat, Wolf, and mist. My Dracula is a badass. Don’t cut him off on the freeway, lol.

When did you initially come up with your version of Dracula's story, and how many drafts did you go through before it was ready to publish?

Ricardo Delgado: The idea sprang up a few years ago when I was looking for a new project and after some historical research to help establish context, found a story that I thought worked well. I usually go through three drafts, then what I call a dialogue polish, where the spoken parts are fine-tuned on last bit.

Dracula of Transylvania features more than 20 new illustrations. What visual style can readers look forward to in this story, and were you influenced by Bernie Wrightson's graphic novel adaptation of Mary Shelley's Frankenstein?

Ricardo Delgado: No, but Bernie’s and Stephen King’s Cycle of the Werewolf is one of the books that I would humbly use to describe my effort, though that pillar of horror reading was a novella, while mine is a full-length effort. That book is such an influence, and yeah, Bernie’s Frankenstein is an astonishing work that has stood the test of time. Both of those books sit on my bookshelves and I worship at their respective temples, ha!

What has it been like to collaborate with Clover Press to bring Dracula of Transylvania to life?

Ricardo Delgado: Clover’s been great, they’ve basically said that they believed in my pitch and have given me and the project every imaginable avenue of support. Look forward to working with them more as time goes on.

What types of Kickstarter goodies can supporters of Dracula of Transylvania look forward to?

Ricardo Delgado: I love both ends of their spectrum here, the idea that casual Dracula fans that are not familiar with my work can do a straightforward digital download as well as folks who like my design work can purchase an original piece of artwork of mine to go along with the book. Win/Win!

In addition to Dracula of Transylvania, what other projects do you have coming up, and where can readers go online to keep up to date on your work?

Ricardo Delgado: I’ve got another Age of Reptiles comic I’ve been working on, as well as two other illustrated novel projects. And if Dracula of Transylvania does well, we can tell more of Dracula’s stories!

Below, we have the press release and gallery of Delgado's Dracula of Transylvania artwork, and to learn more, visit the official Kickstarter campaign for the illustrated novel!

"One of Hollywood's leading conceptual designers, Ricardo Delgado, is about to unleash his bold and bloody take on the Prince of Darkness, just in time for the 90th anniversary of the release of Universal Studios’ Dracula. Ricardo Delgado has been the storyboard artist and character designer for films including Apollo 13, Avatar: The Last Airbender, The Incredibles, Men in Black, and Wall-e, and his Age of Reptiles graphic novels are universally acclaimed for their stunning depiction of dinosaurs and prehistory. But Delgado’s latest creative endeavour may well be his most ambitious to date: a fresh and unsettling fully illustrated novel that reimagines Bram Stoker’s classic ghost story. Delgado’s novel DRACULA OF TRANSYLVANIA, featuring more than 20 lavish illustrations and an introduction by Donald F. Glut, is now on Kickstarter from Clover Press.

“DRACULA OF TRANSYLVANIA supports and builds upon Stoker’s classic, haunting original story, but this is most certainly not your parents' Dracula or your grandparents’ Dracula,” says Delgado. “This personification of the Nosferatu king is dark and powerful, a malevolent antagonist who suffers no fools, accepts no failure and crushes anyone in his path. This Dracula is not a romantic. He’s a complete horror. Just the way I always wanted him to be.”

In DRACULA OF TRANSYLVANIA, the year is 1899. Young Solicitor Jonathan Harker braves ghosts, demons, living skeletons, and armies of rats—all of which pale in comparison to his encounters with Dracula of Transylvania, the Son of Satan. The demonic, shapeshifting vampire imposes his wrath, malice and vengeance upon an England about to enter the Modern Era.

“Dracula is vileness incarnate, a pure thing of Hell,” says Delgado. “He’s spent the past thousand years putting sword to flesh and tearing at the tapestry of history as the son of Satan himself. Kings, Popes and armies fear Dracula. And so should you.”

DRACULA OF TRANSYLVANIA is footnoted throughout with historical facts from the ancient to the modern world that bring texture to the sprawling and haunting adventure. Murder among English tombstones! Daring chases through the infamous underground Paris Ossuaries! A spectacular gladiatorial battle within Rome's Colosseum during the Witching Hour! And finally, a fever-pitch chase through Europe to the most terrifying place on earth: Castle Dracula.

The DRACULA OF TRANSYLVANIA Kickstarter campaign will have multiple tiers and rewards available for backers, including signed leatherbound hardcover copies of the book, limited edition prints, original sketches, postcards, leather bookmarks, and an exclusive clamshell/bookplate.

Here’s what people are saying about DRACULA OF TRANSYLVANIA:

“Ricardo Delgado's reimagining of Dracula is strange and bold and brilliantly original. I love it and WOULD be stunned by it if it wasn't coming from Ricardo. But brilliant is pretty much what I've come to expect from him. Still... He may have surpassed his usual brilliance here.”

“Ricardo Delgado does for vampires what he has done for dinosaurs! His elegant and bloody take on Stoker's classic tale is refreshingly original and scary.”

—John Landis, Director of An American Werewolf in London and Thriller

“Dark and disturbing but so BEAUTIFUL. I am always mesmerized by his artwork, now after this, it’ll be hard to sleep. Thanks Ricardo!”

“Delgado’s work always impresses. And the illustrations for his Dracula novel are yet another example of his fantastic design sense and his absolutely horrifically fucked up imagination!”—Tim Miller, director of Deadpool and Terminator: Dark Fate

“Ricardo Delgado breathes new life into the prince of the undead like he has done with every genre he has worked in!”—Geof Darrow, creator of Shaolin Cowboy, conceptual designer for The Matrix films.

“If you thought Ricardo Delgado was a great dinosaur artist...well, you're right—he is! But with his Dracula book, Ricardo has outdone himself. He has dramatically risen to a new artistic plateau in a genre and territory previously unassociated with him. Dracula will long be remembered as a major marker in Delgado's impressive body of work as a graphic storytelling artist. Bravo, myfriend!”—William Strout, author of The New Dinosaurs

“Stunning artwork and unforgettable prose. Delgado’s book is a must-have for every Horror and vampire fan.”—Gary Rhodes, Ph.D, author of The Birth of the American Horror Film and writer/director of Lugosi: Hollywood’s Dracula

“Delgado takes us on a wild ride as he skillfully introduces  the next generation of Vampire hunters in a style reminiscent of the original Dracula novel.”— Dacre Stoker, co author of Dracula the Undead and Dracul, and great grand nephew of Bram Stoker

DRACULA OF TRANSYLVANIA is epic gothic storytelling with the pulse-pounding pace of the modern thriller, a cross between THE EXORCIST and the LORD OF THE RINGS. It is a brilliant and dark reenvisioning of the classic original story with a fascinating new perspective on one of literature’s most feared characters. 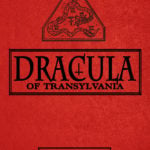 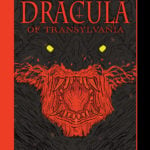 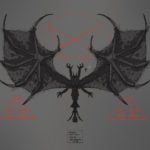 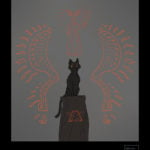 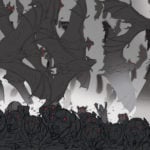 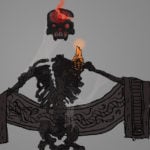 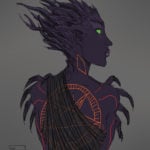 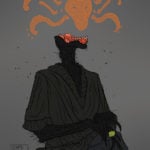 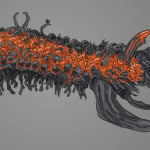