Technology-aided murders rock a small town in the new sci-fi thriller Interpreters, and with the film out now on VOD platforms and DVD from High Octane Pictures, we caught up with co-star Wolfgang Weber to discuss his role in the movie, as well as his upcoming thriller The Realtor and the filmmaking work he does through his drone company AIRWOLF.

Thanks for taking the time to answer some questions for us, and congratulations on your role in Interpreters! What was it about Deputy Wilson's character that made you want to play him, and what was the audition process like for the role?

Wolfgang Weber: Thanks so much! I had a bunch of fun on Interpreters! Playing Deputy Wilson, I enjoyed the vulnerability of him. I also didn't have to dig too deep.

Years ago, I did work as a corrections officer. So I've already had the muscle memory for the character in place. From the way he held a gun to the way he talked on the radio, I felt like I already had him figured out.

As for the audition, I had worked with the director Michael Ryan on a music video the year before. So I had already built a relationship with him.

When they announced they were starting preproduction on "Interpreters," I immediately sent an email showing interest. When I got a response right away, I was ecstatic about it. He sent over the sides and asked me to tape my audition and send it to him. I can't remember the exact conversation, but it may have been a week or two later, and I had gotten a phone call with the offer. It was great!! I had a job again! HaHaHa.

What was it like to work with writer/director Michael Ryan on this film? Did he give you creative freedom to add your own insights to Deputy Wilson?

Wolfgang Weber: Oh yeah! Michael gave a lot of freedom. Leading up to the shooting, we'd have lengthy phone conversations and lunch meet-ups to chat about the scenes and what he was looking for. We also ran the lines and broke the scenes down together. The cherry on top was that Michael let me take the actual picture car to and from set every day. By the time I arrived, I was really feeling the character, and we were able to whip through the scenes.

Wolfgang Weber: HaHa. Besides driving the picture car to set, working with everyone was an absolute joy. A lot of times, when I get booked, there's not a whole lot of conversation when you arrive to work. You learn your scene, and they call you up when they're ready. You perform, and you go home. On this set, I was able to have conversations with the whole crew. I mean to the point that I would show up to set on my days off just to support everyone, hang out, and chat.

Ultimately, what do you hope viewers take away from Interpreters?

Wolfgang Weber: Well, I believe our main goal was to simply entertain our audience with a strong story, great cinematography, and performances by all.

Is there a dream role or type of character that you'd like to play in the future?

Wolfgang Weber: I think I speak for a lot of actors out there, but 100% I'd love to play a superhero or villain. Character development aside, but I'd love the physical aspect of it.

In addition to acting, you also have your own drone company, AIRWOLF Drones, which provides services for film and television projects. How did that come about, and has it given you new insights into the filmmaking process?

Wolfgang Weber: Yes! I had started an aerial production company, and we specialize in low altitude cinematography using drone technology. But in a nutshell, we fly drones. Funny enough, it started back in 2015 accidentally. I purchased a drone and simply started uploading footage to Facebook. And I was fortunate enough to keep the work coming. I think being in the industry as an actor, to begin with, I was able to form friendships with up and coming directors and producers. And also partner with a production company, Transit Pictures.

My little company started to grow, and they would hire us to get their aerials. We've been lucky enough to have flown for a wide variety of brands and networks, feature films, live events, and even resorts. We've also flown for two Emmy-nominated films. A documentary produced by Joseph Gordon-Levitt's company HitRecord, and a MagnaFlow commercial featuring Mario Andretti titled the "The Sound of Passion," which we're incredibly proud of.

And yes, it's completely brought new insights into the filmmaking process. I see the process from a whole new perspective. You see how much work is involved in completing a project from beginning to end. There are so many moving parts. Even as a drone company, we're a specialized camera department and honestly contribute such a small part most times. Other times we have multiple days. It's just fascinating to me how everything comes together like a puzzle. I mean, maybe one day I'll throw on the director's hat. HaHa.

With Interpreters now on DVD and VOD platforms, do you have any other projects coming up that you're excited about? Also, where can our readers go online to keep up to date on your work?

Wolfgang Weber: Yes! I do have a thriller coming out soon! Its tentatively titled The Realtor. I believe it'll be out on the Lifetime Movie Network later this year. Unfortunately, I can't talk too much about it, so we may have to circle back around later this year. All you fine folks can find me on the platform of your choice. HaHa. 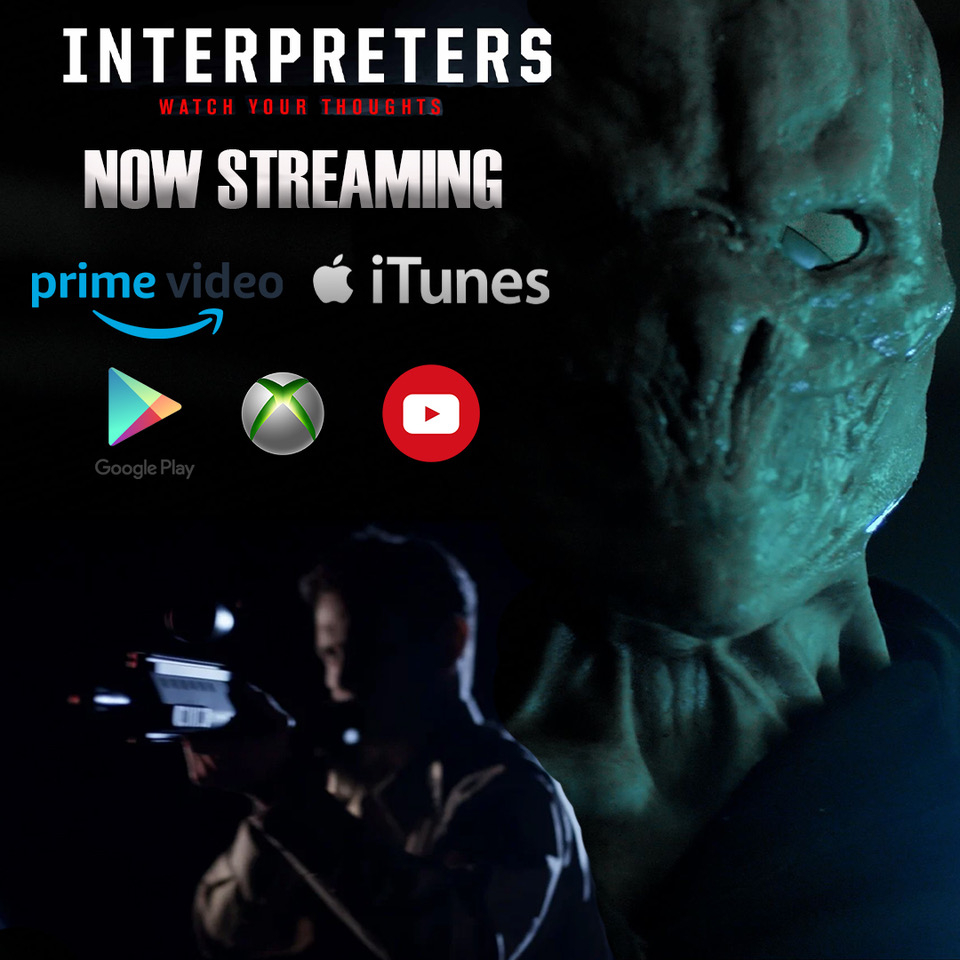 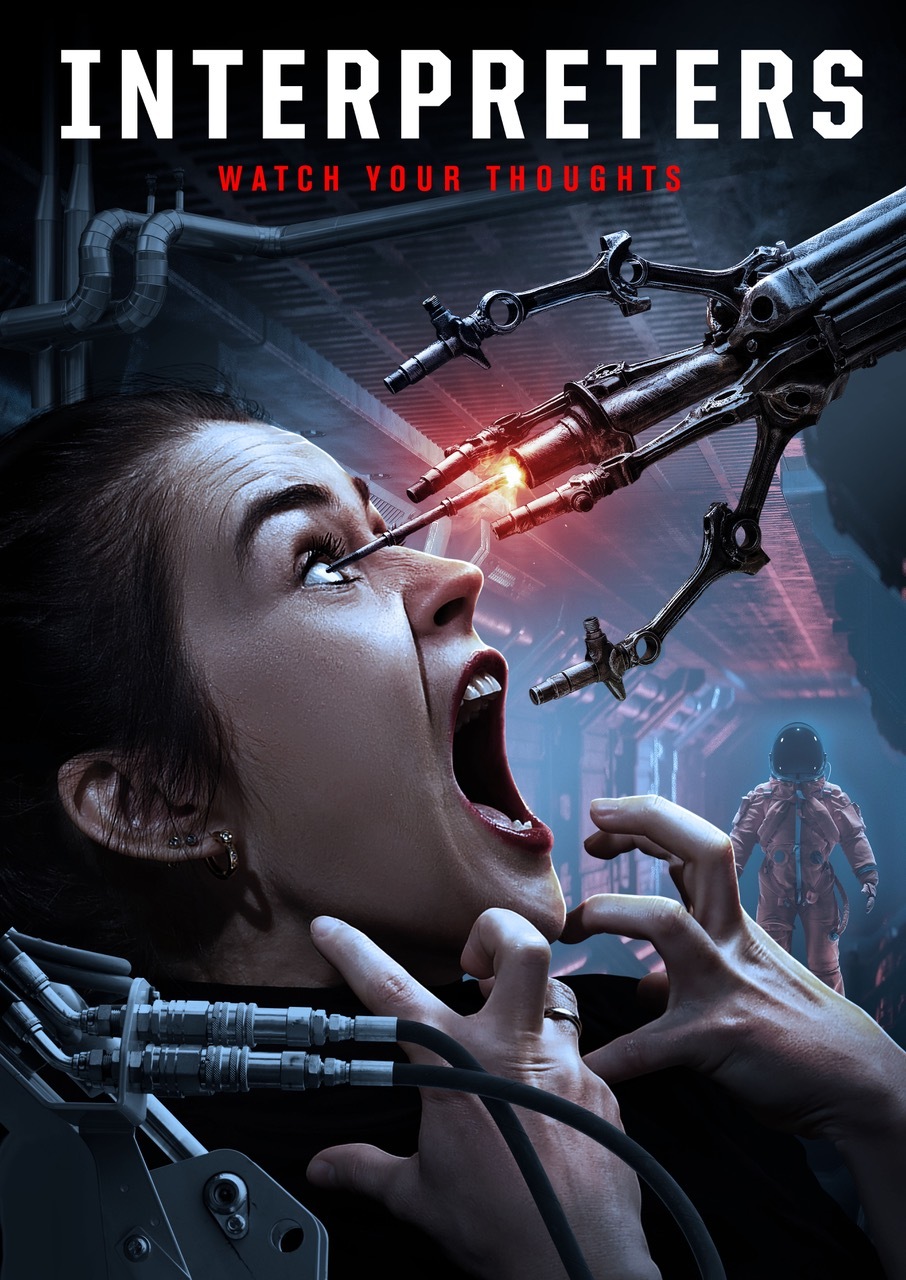