I am very excited for the release of the Aliens: Fireteam co-op video game due out this summer and Titan Books is releasing a brand new prequel novel called Aliens: Infiltrator. Written by Weston Ochse, the book was just released, and we have an excerpt you can read right now!

"The official prequel to the new Alien video game from Cold Iron Studios. Dr. Timothy Hoenikker arrives on Pala Station, a Weyland-Yutani facility. Lured there by the promise of alien artifacts, instead he finds a warped bureaucracy and staff of misfits testing the effects of Xenomorph bio-materials on living creatures. Unbeknownst to the personnel, however, there is an infiltrator among them whose actions could spell disaster.

Also on staff is Victor Rawlings, a former marine who gathers together other veterans to prepare for the worst. As Pala Station receives a delivery of alien eggs, the experiments spin out of control, and only the former Colonial Marines stand between the humans and certain death."

Excerpt from Aliens: Infiltrator by Weston Ochse published by Titan Books (click the cover to read).

For more information and to purchase the book, visit: https://titanbooks.com/70242-aliens-infiltrator/ 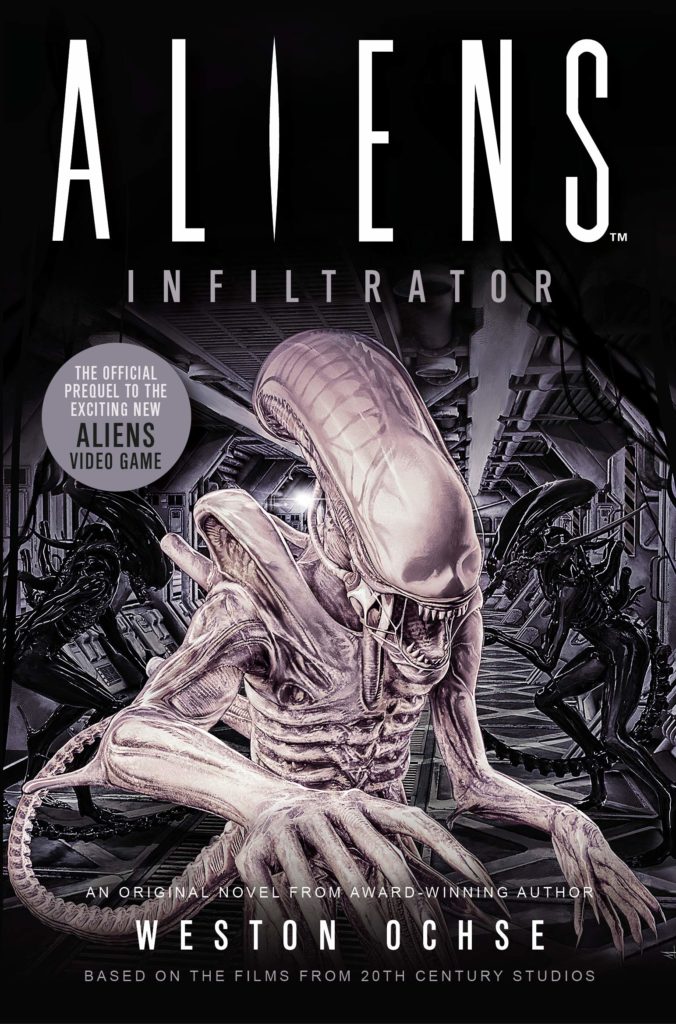