You can see the apocalyptic aftermath of an otherworldly summoning in our exclusive excerpt from Iris Jay's "Flesh Hive," one of the comic book stories featured in Smut Peddler Presents: My Monster Girlfriend.

We have the official press release with additional details below, and to learn more about how to support Smut Peddler Presents: My Monster Girlfriend and Smut Peddler X: Ten Years of Impeccable Pornoglifics, visit:

The Smut Peddler series continuously sets the bar for beautifully drawn and masterfully written comics erotica. It puts the “graphic” back in graphic novel with gorgeous, accomplished, full-color artwork in different styles that tell stories too wild for any other collection. Iron Circus Comics prides itself on showcasing a wide array of humanity across body types, races, genders, kinks, and sexual orientations, with plenty of #OwnVoices work. Their titles include loads of queer content by queer creators (a noted rarity in erotica) that ensures a tenderness and sensitivity so difficult to find in sexy comics. Now in its seventh volume, the Smut Peddler series has been delivering top-drawer erotic comics since its crowdfunding debut in 2012. Fans of literate smut know to look for the Smut Peddler seal of approval for sex-positive, consent-driven erotica with an emphasis on strong characters and storytelling.

“A full array of relationships, bodies, situations, and art styles. Consent is present and enthusiastic.” – LOVE IN PANELS

“The home of great, sex-driven stories from female creators, across a wide variety of genres, genders, and sexualities.” – i09

Kanesha C. Bryant is an illustrator/comic artist/monster enthusiast who enjoys writing lore and learning cool animal facts. She specializes in creating eldritch creatures who are just doing their best and 'comfort horror', which is exactly what it sounds like. She is currently, like the creatures she creates, also just doing her best.

Visceraaa: Pharmacist by day, artist by night, Full-time lesbian cryptid. Perpetually chased by hornets and hostile winds. Likes drawing hands a bit too much. Find them on Twitter @visceraaa.

Taylor Titmouse wants everyone to know it's like the bird, not like a titty mouse, as much as he loves big titty mice. He's an author/illustrator of short form erotica featuring anything from monsterfucking 1900s folklorists to monsterfucking elf rogues—a lot of monsterfucking actually. He was included here for a reason, after all. You can find him on Twitter @taylor_titmouse and at taylor-titmouse.itch.io

mopinks: An unidentified creature that periodically emerges from its burrow to draw naked people.

Nero Villagallos O'Reilly is an indigenous Latino cartoonist living in Seattle, WA. His comics have been published by The Nib, Iron Circus Comics, Fortuna Media, Filthy Figments, and more. The majority of his work can be found at itsnero.com.

Otava Heikkilä (b. 1990) is a comic author from Tampere, Finland. His work focuses on queer stories for adult audiences, with eroticism, trans experiences, and historical subjects often playing center stage. His earlier comics include Shattered Spear, the PRISM-awards nominated Sasha from the Gym, and the Letters for Lucardo series released by Iron Circus Comics.

Anderjak a.k.a. Robin Tess is a PNW-based artist whose focus is on awkwardness, found families, and a slightly worrying amount of petty crime. There are two cats, a roommate, and too many books in their house. Their body is made up of 85% video games. You can find them on Twitter @anderjak and at www.anderjak.com.

Owlin is made up of Ovens @Buttoven and JB3 @Sayunclejb3. Dungeon raiding partners living in Oregon, making weekly Hardcore Romance comics for the website Slipshine. Creators of How Do You Smoke a Weed? an educational comic guide to a responsible high, and That Sexy Bear! for Iron Circus comics.

Rowan Woodcock is a queer artist and semi-professional ghoul currently haunting Chicago. When he's not producing high quality filth he can be found knitting, collecting old horror paperbacks, and explaining why laserdiscs deserve a second chance.

Vesta Z. is a comic artist and illustrator originally from Clearwater, FL. Her stories focus on transness, fatness, and the unique intimacy of romance outside of social acceptability. His adult work can be viewed online at twitter.com/godaughtr.

Innkeeper Worm lives in a hole and likes it there. They profess to love travel and food, but will always choose sitting at their desk and drawing over either. If seen in the wild, offer them a cookie in appeasement.

Harriet Moulton is an artist and writer of sapphic comics and illustrations based in the West Midlands of the UK. Her work focuses on women in love and lust over the age of 30 and when she's not at the PC drawing, she's smashing into people on the american football field. you can find her work on most social media platforms under the username @hattersarts twitter.com/hattersarts.

About the Editors for Smut Peddler Presents: My Monster Girlfriend:

Andrea Purcell lives in Baltimore with a large cat and a writer husband. She is an Eisner Award winning editor who has worked in the comics industry for more than a decade and has loved the medium of comics for even longer. Her hope is to continue to get paid to read comics forever, but a couple more awards would be nice too.

About the Editors for Smut Peddler X: Ten Years of Impeccable Pornoglifics:

Johanna Draper Carlson (original editor) has been running ComicsWorthReading.com, the longest-lasting independent review site online covering all genres and formats of comics, since 1999. She holds a Master of Arts degree in Popular Culture, focused on online fandom, and was previously webmaster for DC Comics. She has contributed to ComicsBeat.com, The Comics Journal, the School Library Journal Good Comics for Kids blog, Publishers Weekly, and Sherlock Holmes magazine, among other sites and publications. She recently established SherlockComics.com, an index to appearances of Sherlock Holmes in comics.

C. Spike Trotman was born in DC, raised in MD, and lives in IL. An artist and writer, she founded Iron Circus Comics in 2007, which has since grown to become the region's largest comics publisher. Her notable work includes the webcomic "Templar, Arizona," the Smut Peddler series of erotic comic anthologies, and Poorcraft, a graphic novel guide to frugal living. A Kickstarter early adopter, she pioneered the widely-adopted bonus model that's since completely reshaped the pay system of the small press, jump-starting the current renaissance of alt-comics anthologies. Iron Circus is also the first comics publisher of note to fully incorporate crowdfunding into its business model, inventing one of the single most effective uses of new media in comics publishing today. 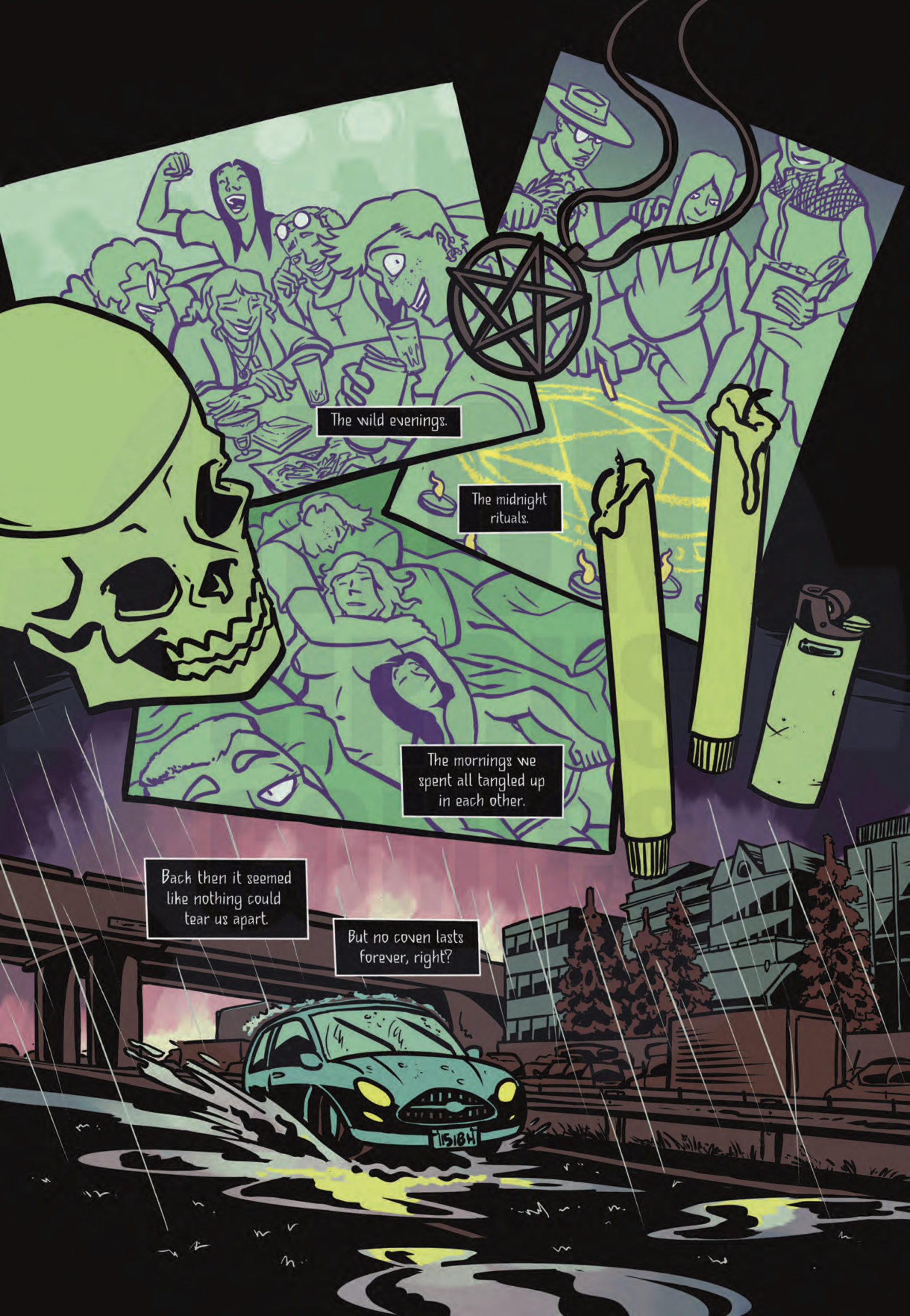 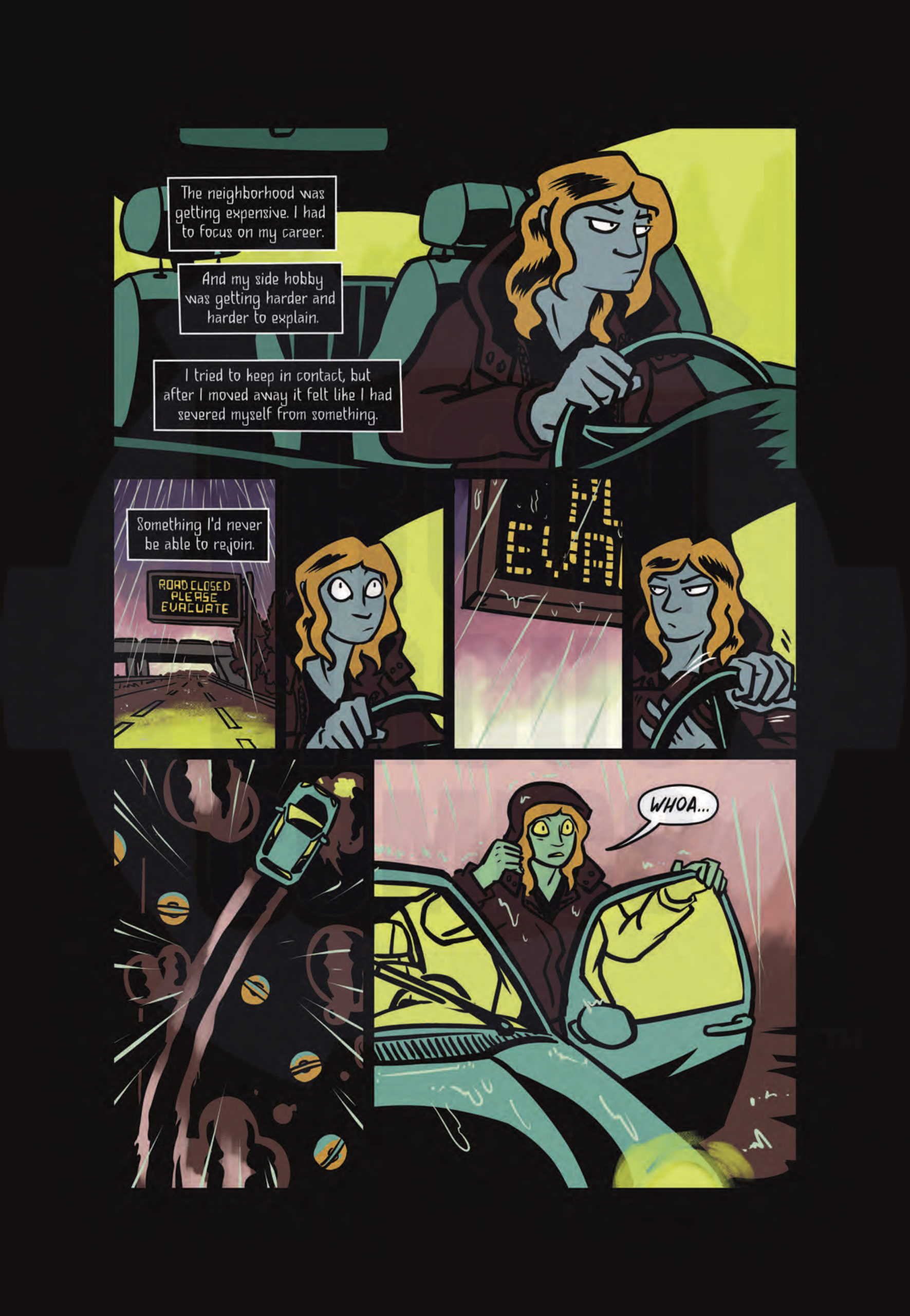 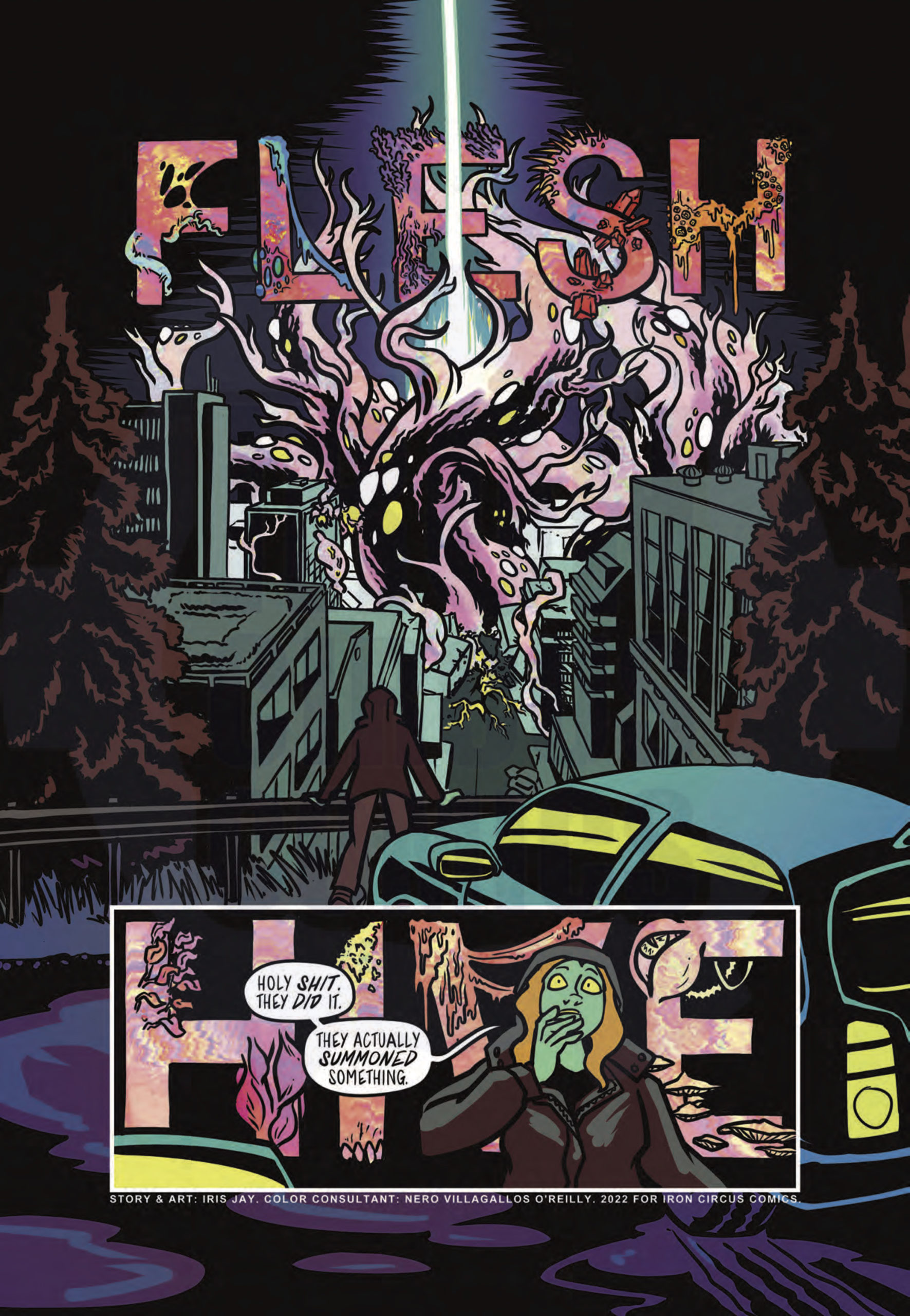 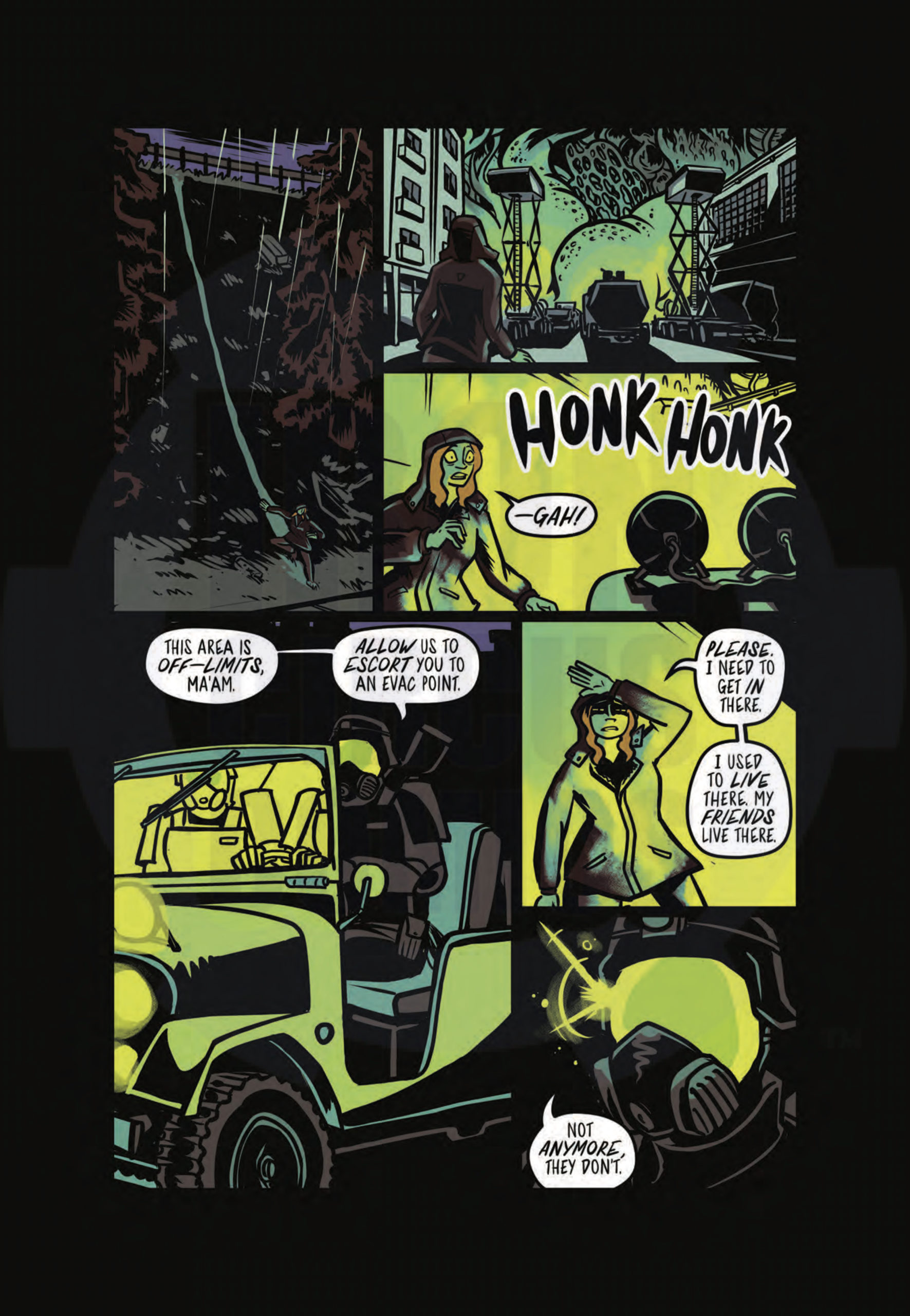 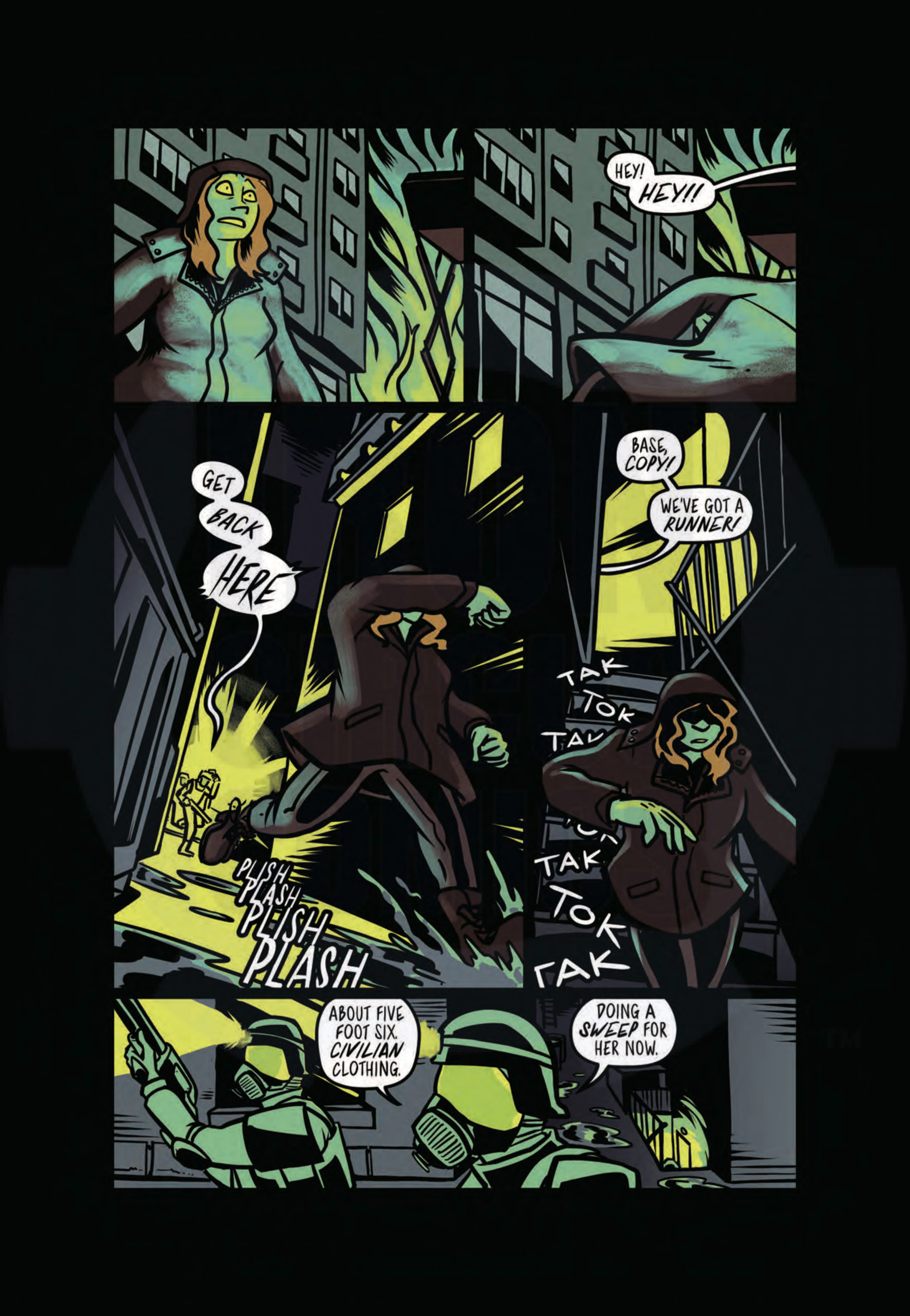 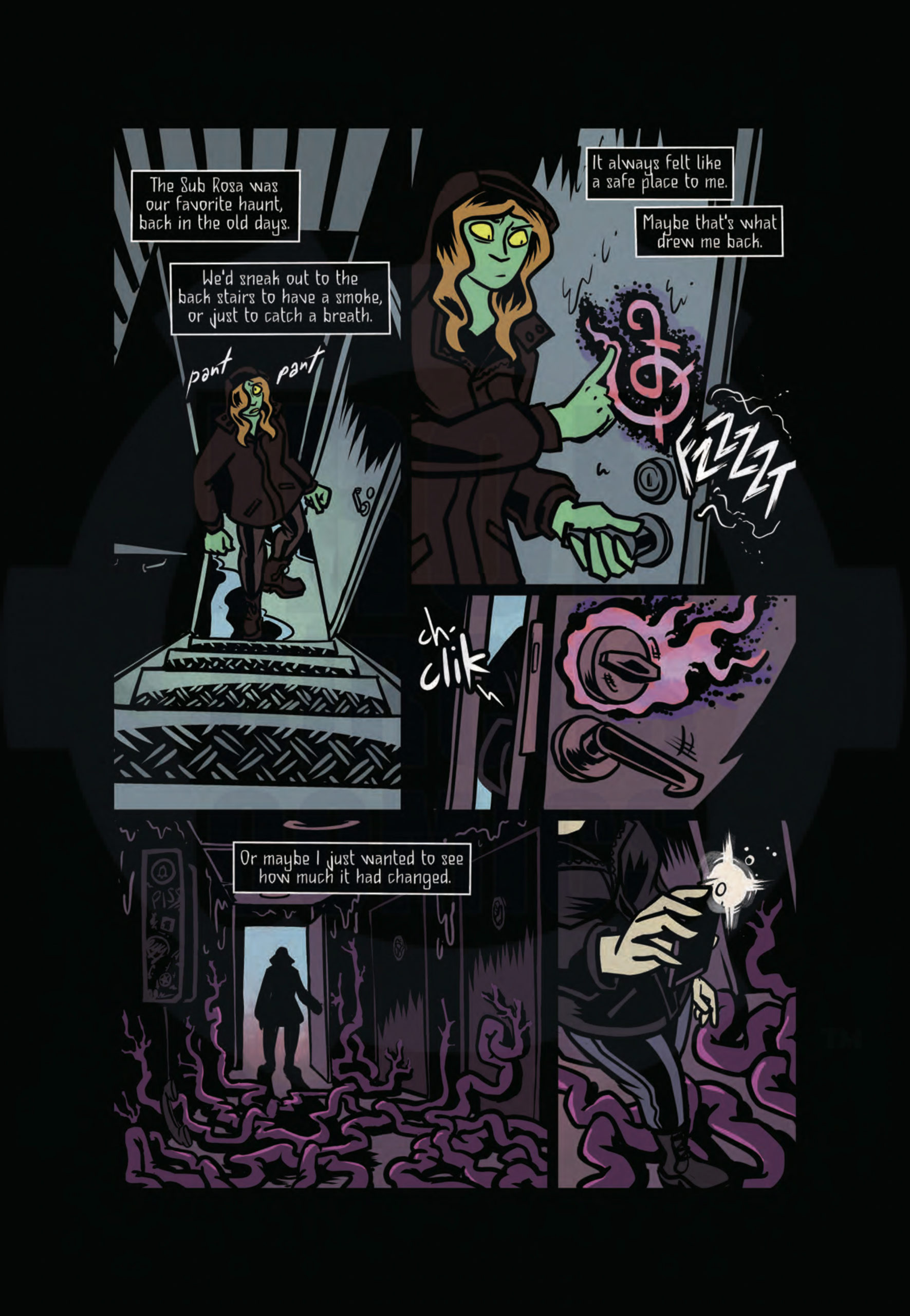 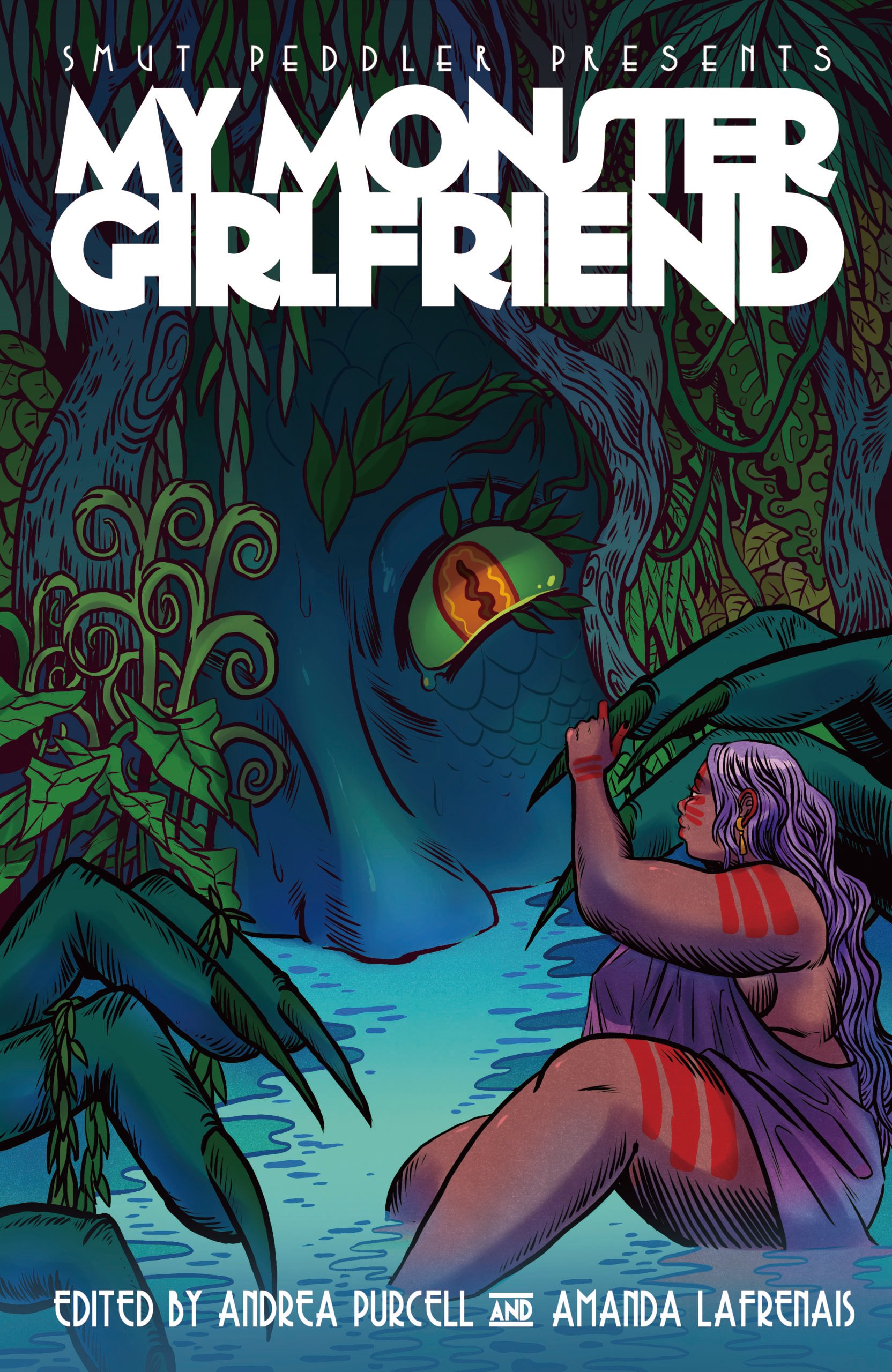 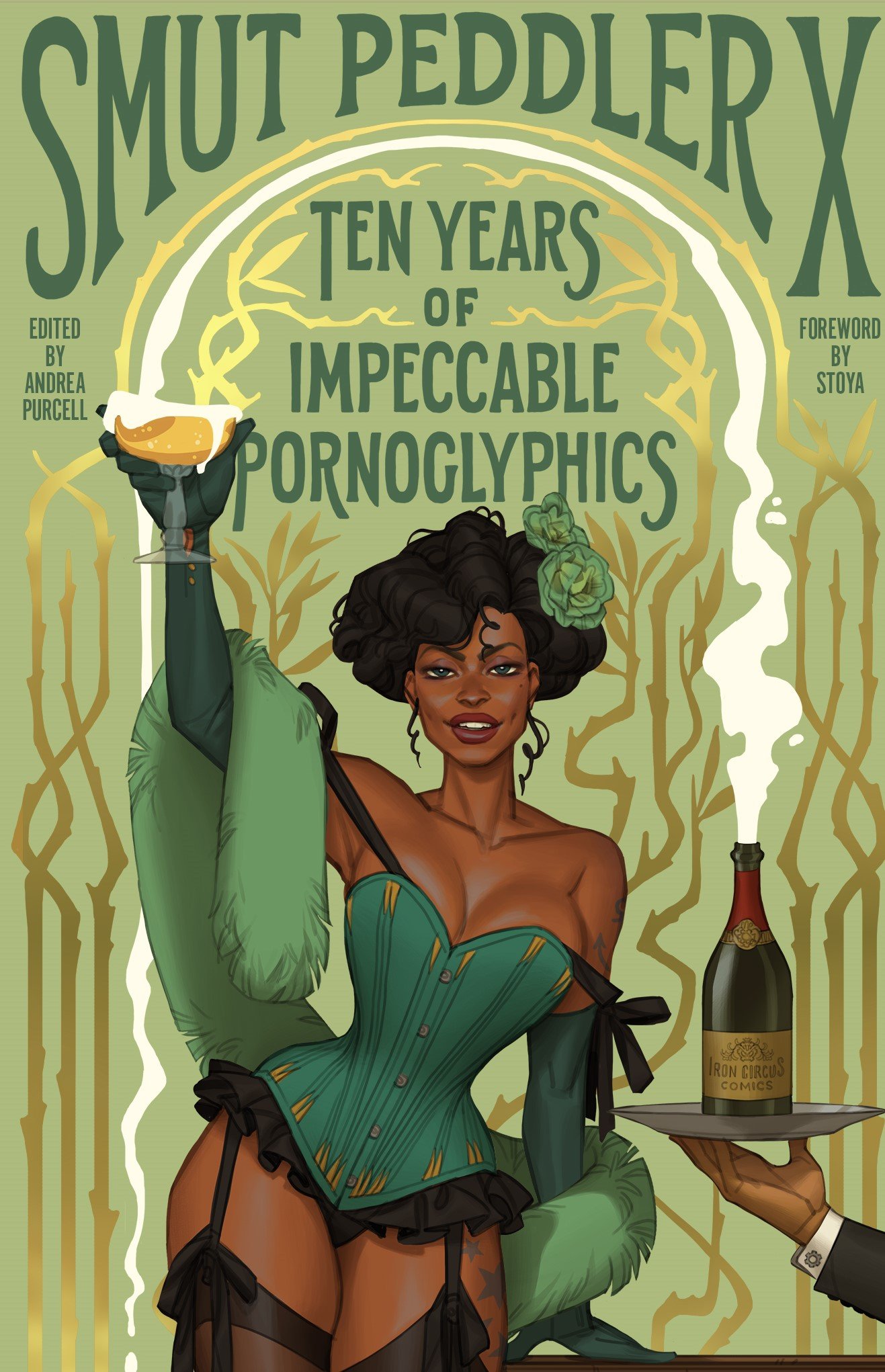