A spiritual follow-up to Plastic, Image Comics will release the first issue of Vinyl on June 23rd, but we have a preview that Daily Dead readers can check out right now! This new series that's described as "an unsettling tales of psychopaths, sweet love, and a serial killer named Walter" comes from Doug Wagner (The Ride, Plastic), artist Daniel Hillyard (Plastic), colorist Dave Stewart (Hellboy, Black Hammer), and letterer Ed Dukeshire (Mighty Morphin Power Rangers, Once and Future).

You can tell from the preview alone that this is going to be something special and I'm very excited to see where the story goes. After checking out our preview below, head over to Image Comics to learn more about the series and where you can pick up the first issue.

"PLASTIC creators DOUG WAGNER and DANIEL HILLYARD return with Eisner Award winner DAVE STEWART for an unsettling tale of psychopaths, sweet love, and a serial killer named Walter. When Walter’s best friend, the FBI agent charged with his capture, is kidnapped by a death cult of all-female sunflower farmers, Walter finds himself deep within an underground labyrinth filled with secrets and monsters...but are their monsters more horrific than his?" 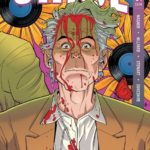 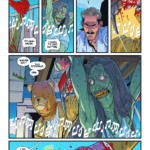 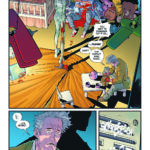 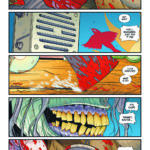 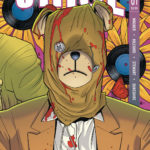