SAW Unrated Heading to 4K Ultra HD on May 11th

With a new film in the Saw franchise coming out this May, Lionsgate will release the unrated version of the original Saw on 4K Ultra HD beginning May 11th—the same week Spiral: From the Book of Saw hits theaters:

From the Press Release: Spawning one of the most successful horror franchises in history, James Wan’s directorial debut returns to terrify audiences once again when SAW arrives on 4K Ultra HD™ Combo Pack (plus Blu-ray™ and Digital) May 11 from Lionsgate. Cary Elwes (The Princess Bride, Robin Hood: Men in Tights, Kiss the Girls), Danny Glover (Lethal Weapon franchise, Jumanji: The Next Level, The Color Purple), Monica Potter (The Last House on the Left, Along Came a Spider, TV’s “Wisdom of the Crowd”), Leigh Whannell (Insidious franchise, Cooties), and Tobin Bell (Mississippi Burning, The Firm, Manson Family Vacation) star in a film that Jordan Crucchiola (Vulture.com) says “…holds a deserving place in horror-film history.” Experience four times the resolution of full HD with the 4K Ultra HD Combo Pack, bringing entertainment to life through ultra-vivid picture quality. When compared to a standard picture, Dolby Vision can deliver spectacular colors never before seen on a screen, highlights that are up to 40 times brighter, and blacks that are 10 times darker. Available for the very first time in this absolutely stunning format, the SAW 4K Ultra HD Combo Pack will include audio commentaries, featurettes, and more, and will be available for the suggested retail price of $22.99.

With its story of a morally obsessed serial killer who forces his victims to play horrific games of torture and survival, SAW shocked audiences, redefined the horror genre, and spawned one of the most successful franchises of all time. Now, experience the unhinged depravity of the Jigsaw Killer in an eye-popping 4K transfer that will chill your blood and disturb your dreams. 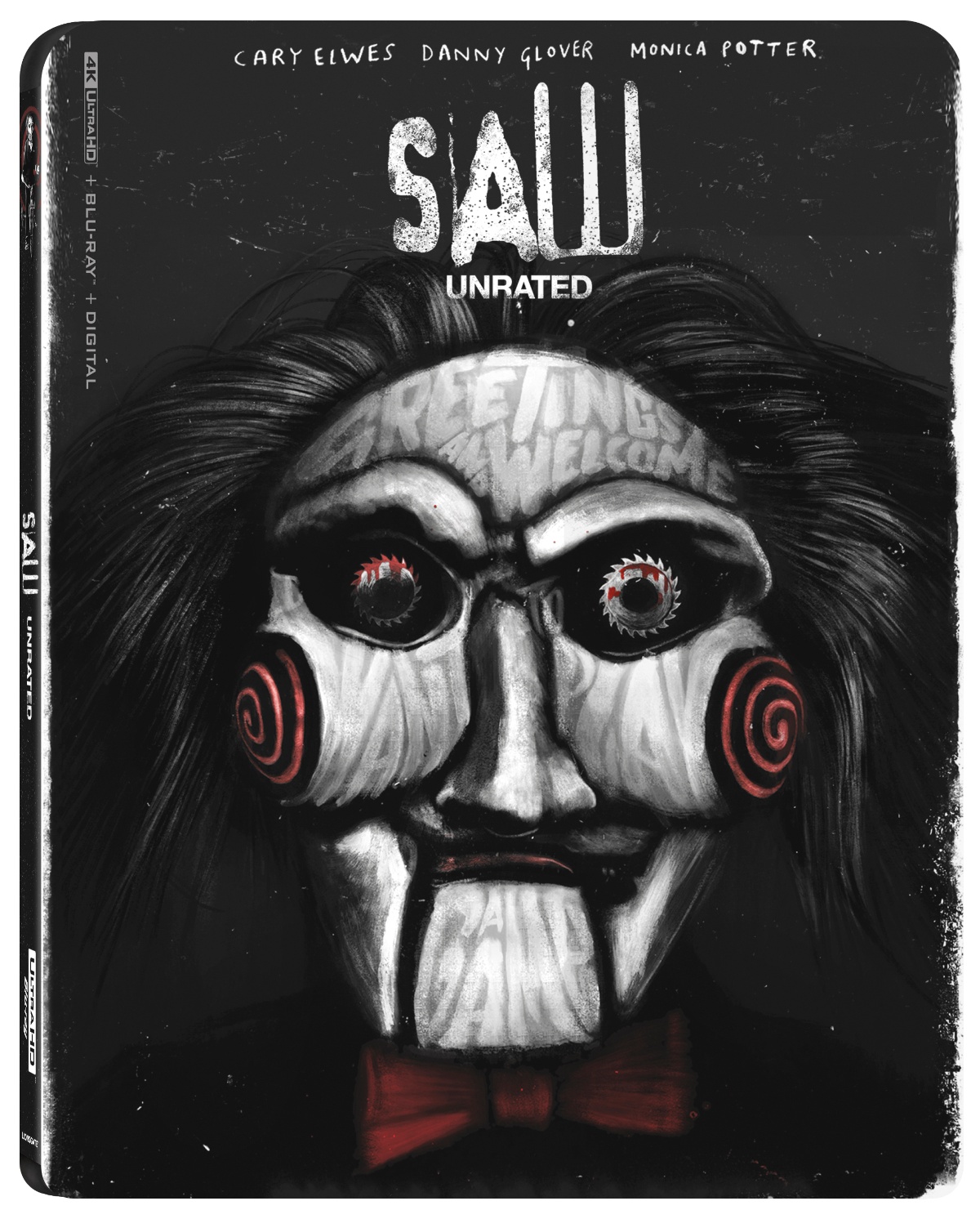