I came of age (whatever that means) in the ’80s, so I’m always very interested in what Severin Films re-releases from that era; some I’ve seen and some I haven’t, and others I’ve never even heard of before. The two new releases from Severin I’ll be looking at today fit in that middle category—ones I know of very well, but yet remained unseen. Until now, that is; Severin has seen fit to load up the fantasy/actioner/softcore Gwendoline (1984) and the harrowingly violent The Boys Next Door (1985) with everything a viewer could want to know.

Does it work? The miracle of Gwendoline is that it actually gets better as it goes; the Hong Kong opening fares the worst, as the mix of action, Kung Fu, and humor would be better served in John Carpenter’s Big Trouble in Little China a couple of years down the road. But when Gwen (Tawny Kitaen – Bachelor Party) and her adventurer guide Willard (Brent Huff – Shameless) grab a boat in search of her dad (who’s off hunting exotic butterflies), things pick up as absurdity upon absurdity is piled on the screen, leaving the viewer a choice to go with it or stay away. Of course I went with it, and if you do, too, you’ll witness a pretty well-crafted Edgar Rice Burroughs smutfest.

Ye rafters are filled, as Severin loads up on plenty of goodies in addition to the 4K restoration:

Hats off to Kitaen and Huff for participating heavily in the extras; it sure helps when your leads know exactly the type of movie they’re getting behind, and enjoy sharing their experience with others. Gwendoline may not be high art, but it is high trash for a specific and appreciative audience.

The Boys Next Door (1985): Far removed from the light-hearted fantasy of Gwendoline comes The Boys Next Door (1985), a gritty thriller from Penelope Spheeris, who would go on to mainstream success with Wayne’s World. Having far more in common with her punk documentary The Decline of Western Civilization (1981), Boys offers an unflinching look at disaffection and the toll it can take on the psyche of youth.

Charlie Sheen (Platoon) and Maxwell Caulfield (Grease 2) play Bo and Roy; two outsiders with nowhere to go following graduation, they hit the road to L.A. for a fun-filled weekend before the glum reality of life sets in. For Roy it already has; his lower income existence shackles him with a distant father that won’t even talk to him. Bo has stability at home, but is looking for more from life.

Their weekend certainly provides that; their first stop in L.A. is for gas, and a misunderstanding with the Middle Eastern cashier has Roy whip him within an inch of his life with the pump. From there things get worse for the duo, as Roy’s blood lust increases to the point of no return, with a reluctant Bo giving in as well.

Spheeris does not back away from the violence at all—at least not in tone; the film isn’t particularly visceral, but she never shies away from the boys’ actions, immersing us in one bad seed deed after another until we cry “uncle.” Spheeris does not enlist sympathy for the duo, even while showing us Roy’s social disadvantages. Some things just are. The cast is quite good, but Caulfield is exceptional; Roy is a seething, brooding, slouched beast ready to strike at every turn. It’s a mesmerizing performance. Credit to Glen Morgan and James Wong (yes, The X-Files fellas) for creating believable characters that as much as you want to, you can’t turn away from.

In addition to a solid 4K restoration, you also get:

Lots of great content here to chew on, with Caulfield acting as the film’s biggest cheerleader, enthusiastically waxing with everyone from Spheeris to co-star Christopher McDonald (Happy Gilmore). The Boys Next Door was left to die upon release in theatres; Severin Films has seen fit to resurrect it with the respect it deserves. 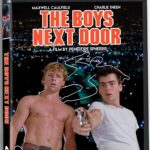 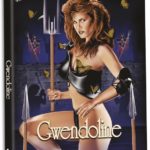 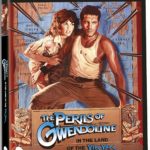