Through their past box set releases, the team at Severin Films has done a stellar job of preserving horror cinema history from obscure corners of the genre for future generations to enjoy, and their latest announcement is certainly no exception, as they've revealed Al Adamson: The Masterpiece Collection, a massive 14-disc Blu-ray set featuring 31 remastered movies from prolific filmmaker Al Adamson.

Al Adamson: The Masterpiece Collection is slated for an April 21st release, although Severin will ship orders from their site beginning April 7th.

We have the release details, trailers, and a look at the cover art below, and be sure to visit Severin Films' website for additional details.

The life and career of B-movie maverick Adamson – known for such low budget classics as SATAN'S SADISTS, DRACULA VS. FRANKENSTEIN and THE NAUGHTY STEWARDESSES (as well as his own grisly 1995 murder) – reveals perhaps the most bizarre career in Hollywood history. “Al Adamson worked best on the fringes of Hollywood,” says Severin president/BLOOD & FLESH director David Gregory. “When considering the golden age of drive-in and grindhouse films, he’s truly in a category all his own. It’s an unprecedented legacy that lends itself to what we believe to be the most absurdly compendious box set not only in genre history and – other than Criterion’s Ingmar Bergman Collection – quite possibly the annals of home video itself.”

Al Adamson: The Masterpiece Collection is limited to only 2000 units. Exclusive Ghastly Bundles purchased from www.Severin-Films.com will include signed posters, CARNIVAL MAGIC t-shirts, reproduction DRACULA VS. FRANKENSTEIN fangs, SATAN’S SADISTS patches, an authentic repressing of the 7-inch 45rpm single from the theatrical release of THE FEMALE BUNCH and more.

*This item is a PRE-ORDER with a street date of April 21, 2020, however our site will EXCLUSIVELY ship this item EARLY, beginning on April 7, 2020. Any additional items purchased alongside this one will NOT ship until all items are in hand at our warehouse." 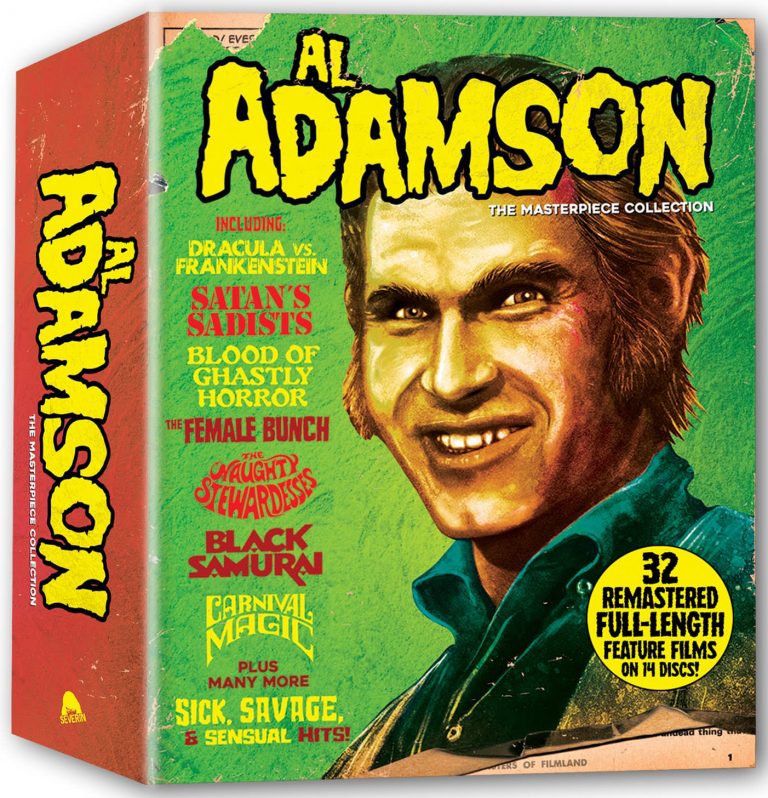