Like a modern-day twist on Grimms' Fairy Tales, Skybound Presents Afterschool will feature morbid twists on cautionary childhood tales, and ahead of its June 8th premiere, we have the official release details for the new teen horror anthology miniseries that will debut on June 8th with an issue from Justin Benson, Aaron Moorhead, Greg Hinkle, and Giovanna Niro!

Press Release: LOS ANGELES 02/18/2022 — Morals have eroded. Your kids are out of control. Skybound’s new teen horror anthology is going to teach them a lesson. Today Image/Skybound announced Skybound Presents Afterschool, a new miniseries debuting in June that takes the familiar cautionary tales we’ve all learned in our youths and flips them on their (severed) heads.

The world seems like a frightening place. We’re here to show you just how much that’s true.

"As a horror fan, this series has been a dream come true to work on,” said Jon Moisan, Editor at Skybound Entertainment. “Every creator featured across each issue is among the most exciting I’ve ever worked with and the scares they’ve dreamed up are beyond anything I’ve ever seen in a comic book. Trust me when I say that you DO NOT want to be sent to detention with any of the monsters featured within.”

The debut issue by Benson, Moorhead, Greg Hinkle and Giovanna Niro follows Nora, whose anxiety prevented her from approaching high school with any degree of confidence. Until she adopts Janie, an emotional support dog with a winning smile and a killer secret. But just how far will Nora go to keep her new life?

“As lifelong fans of bold anthology storytelling, and as two people who live on a diet of weird fiction, we couldn’t be more proud to be part of Afterschool,” said Benson & Moorhead.

“Drawing horror is always fun, but it’s a real treat when creators like Aaron and Justin bring such a fleshed out idea to the table,” said Hinkle. “This was a very, very fun book to get to draw, and with colors by Giovanna Niro, one that I’m very excited to show off.”

Skybound’s capabilities include services as publisher, producer, and global distributor for tabletop and video games across all genres, including the multi-million unit selling The Walking Dead video game series. Skybound Games is also a strategic global marketing and distribution partner of Striking Distance Studios for the highly anticipated survival-horror game The Callisto Protocol.

The company also maintains key partnerships across the entertainment industry including Universal Pictures and Image Comics, holds a first look development deal with Audible, and has engaged an ongoing strategic business partnership with mobile games publisher and developer 5th Planet Games (OAX: FIVEPG). Skybound digital and creative IP boasts unique creators such as Kristian Harloff and the Schmoedown Entertainment Network as well as Peter Santa-Maria and his Attack Peter brand. For the most up to date information on Skybound, please visit the company on Twitter (@Skybound), YouTube (Skybound), Facebook (@Skybound Entertainment), Instagram (@skyboundent), and at www.skybound.com.

ABOUT IMAGE COMICS
Image Comics is a comic book and graphic novel publisher founded in 1992 by a collective of bestselling artists. Image has since gone on to become one of the largest comics publishers in the United States. Image currently has six individuals on the Board of Directors: Robert Kirkman, Erik Larsen, Todd McFarlane, Marc Silvestri, Jim Valentino, and Eric Stephenson. It consists of five major houses: Todd McFarlane Productions, Top Cow Productions, Shadowline Comics, Skybound Entertainment, and Image Central. Image publishes comics and graphic novels in nearly every genre, sub-genre, and style imaginable. It offers science fiction, fantasy, romance, horror, crime fiction, historical fiction, humor and more by the finest artists and writers working in the medium today. For more information, visit www.imagecomics.com 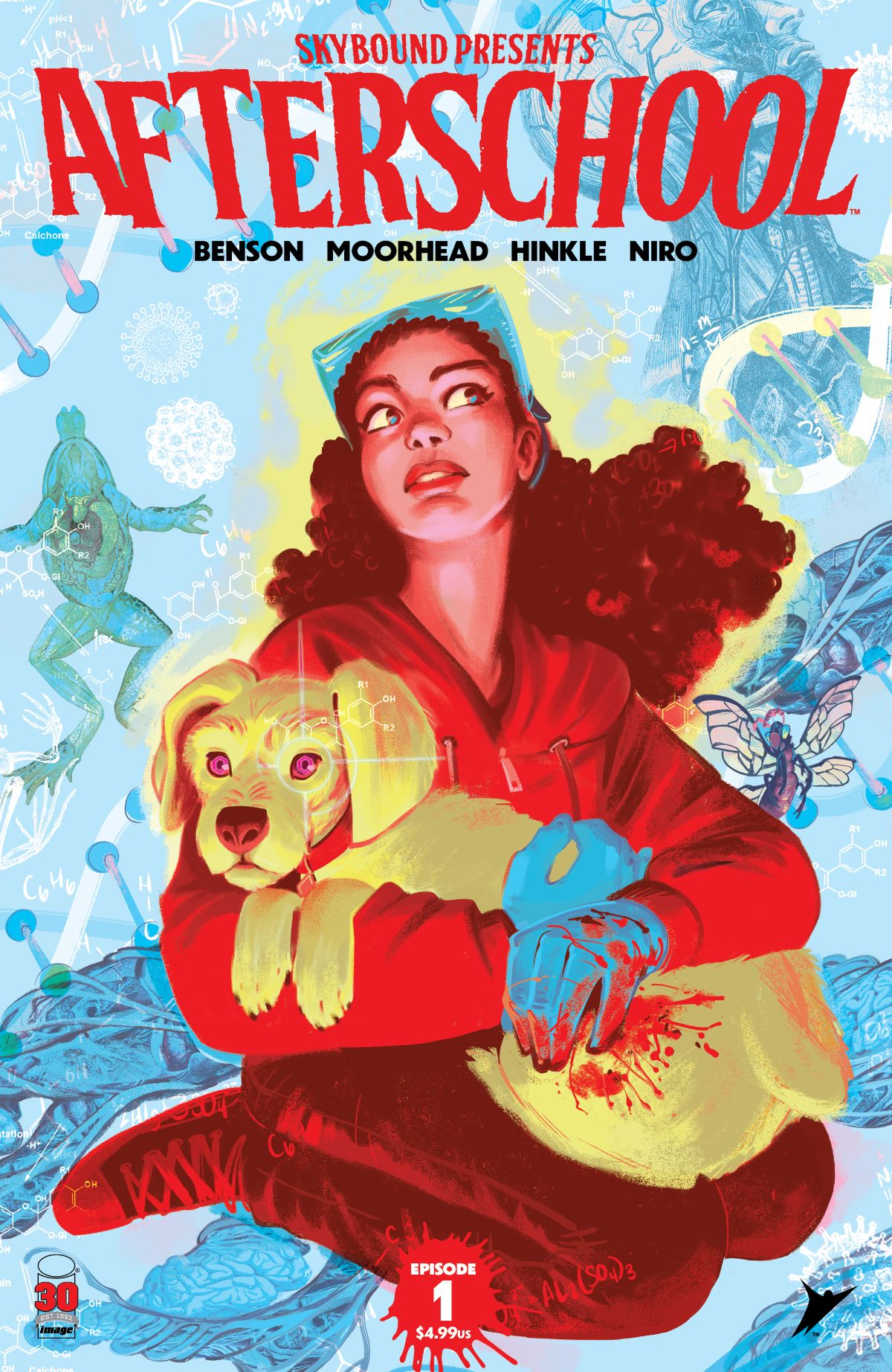