At the 2020 Sundance Film Festival, writer/director Emily Wilson celebrated the world premiere of her short film Danny’s Girl, a quirky meet-cute that goes to some dark places once an online couple (Danny Dikel, Rémy Bennett) finally meet in person and certain disturbing truths are revealed. Daily Dead had the opportunity to speak with Wilson about the real-life inspirations behind the story of Danny’s Girl, her approach to working with her cast, and more.

Let’s go ahead and start at the beginning and have you talk about the genesis for this idea, because I think it's a really fun short. I'm a bit older and thankfully I haven't had to do the dating thing for a while, but I can't even imagine the apprehension that comes with trying to date online these days.

Emily Wilson: Oh my gosh, yeah. I feel like the whole online dating thing is the perfect breeding ground for uncertainty, and doubting yourself, and just potential disappointments. I feel like there are so many variables of how things can go wrong. Is the photo that we've fallen in love with of this person on the internet, is that the person we're going to meet? If you haven't been given a chance to speak with them on the phone, somebody's voice is so incredibly important, that you're attracted to them and how they articulate themselves. There are just so many variables and I feel like online dating, the tendency is to really build this person up in your mind because you want it to work. Oftentimes, it can be just so disappointing.

So, I love the idea of this profound disappointment in general, in terms of themes for films and novels and music, even. I feel like I came up with the character of Danny from my friend Danny, and he was in an online long distance relationship at the time I started writing it. It seems obvious, but it was a subconscious thing that I wrote it about his relationship, but obviously to a very heightened degree. I wanted to raise the stakes and be like, in what scenario would these two people who are so excited to meet, meet and then just something goes terribly, terribly wrong? That was just how the premise pretty much came about.

What's really interesting to me about this as well is when you're doing a short film, you really have to get in, do what you're going to do, and get out quickly, and yet it all has to work and flow together. I was wondering if you could talk about the challenges of that, because you have to establish these characters, establish that relationship, and then get to the narrative punch of where this is heading and then wrap it all up.

Emily Wilson: Oh, thank you. Yeah, that was definitely the intention and challenge going in. I went in with the intention of capping this screenplay at 12 pages and I had to figure out what can I do in that time period that will allow for there to be some character development? I have made short films in the past and I've seen a lot of short films, and not having a proper arc and character development is often the weak spot, just because it's so incredibly hard to do in a short period of time, like you're saying. So I think going in, I set restrictions on myself of being like, "This needs to have an arc that feels right, but in 12 pages." I think what helped with that is it is almost playing out in real time.

Sure, there's a scene where we jump to X amount of hours later, but we see the interaction unfold in kind of real time. So, you present the main conflict within the first minute or two and then it's like, "Okay, how is this going to be resolved?" I think what really helped with that, too, was setting the stage within the first 30 seconds of the film date; like establishing they do have this relationship through online dating, through phone calls, email, what have you. So, establishing that early on, I don't want to say it was easy, but it was a smart way to just get a lot of backstory out of the way in the first 30 seconds, so that you can let things unfold.

So it was intentional, but also because I have so much experience as an editor, I just feel like the main job as an editor is really just only putting in the edit what is absolutely necessary. And a lot of it is about pacing and feeling, too. I think that being an editor really helped me a lot and being like, "This needs to happen and then this needs to happen and we don't need to waste time here." I was editing on set in my head, so I would credit a lot of it to just almost my work as an editor.

Before we go, I’d love to talk about your cast. Again, when you're working with two actors, everything is riding on them. I really think they're great and their back and forth feels very natural. Can you talk about working through everything with them for this story?

Emily Wilson: I feel like there's so much luck in casting. I feel so incredibly lucky to have found them, first of all. Basically, I wrote the character of Danny, for Danny my friend, who was kind of a non-actor, actually. I knew that I loved his look. I knew that he had excellent comedic timing and a great physicality about him. It was my first time working with him as an actor with actual dialogue.

Then, we found Rémy, and I had her read with Danny first to see if they had chemistry, and then I would ask for his opinion and whatnot. We eventually landed on Rémy because she is a trained actor and she was so focused on going into the backstory of the characters. Why would she do this and what are the motivations here? So, she taught me a lot just about acting. We did rehearse a lot; we rehearsed maybe 10 times before production and they would just come over to my house and we would have wine, cheese, and be super casual about it.

We just all became friends and we left it to some improvisation, too. The opening scene of Danny and the girl when they meet, it's somewhat scripted, but I let them do their own improvising, which is what a lot of the great, bumbling moments come from. I think it was just giving them the freedom, but also becoming so comfortable between the three of us. We went out to dinner together. We laughed. We made fun of each other. And by the time we did get to set, we were just buddies and felt very comfortable. Once again, because we discussed their backstory so much, I think that's part of the reason why it felt natural. What you see in the short came from a lot of work and discussing the characters and becoming comfortable with each other.

In case you missed it, visit our online hub for more live coverage of the 2020 Sundance Film Festival!

[Photo Credits: Above photos courtesy of Hunter Zimny (photo on the left), Jasmine Valez (photo on the right), and Sundance Institute.] 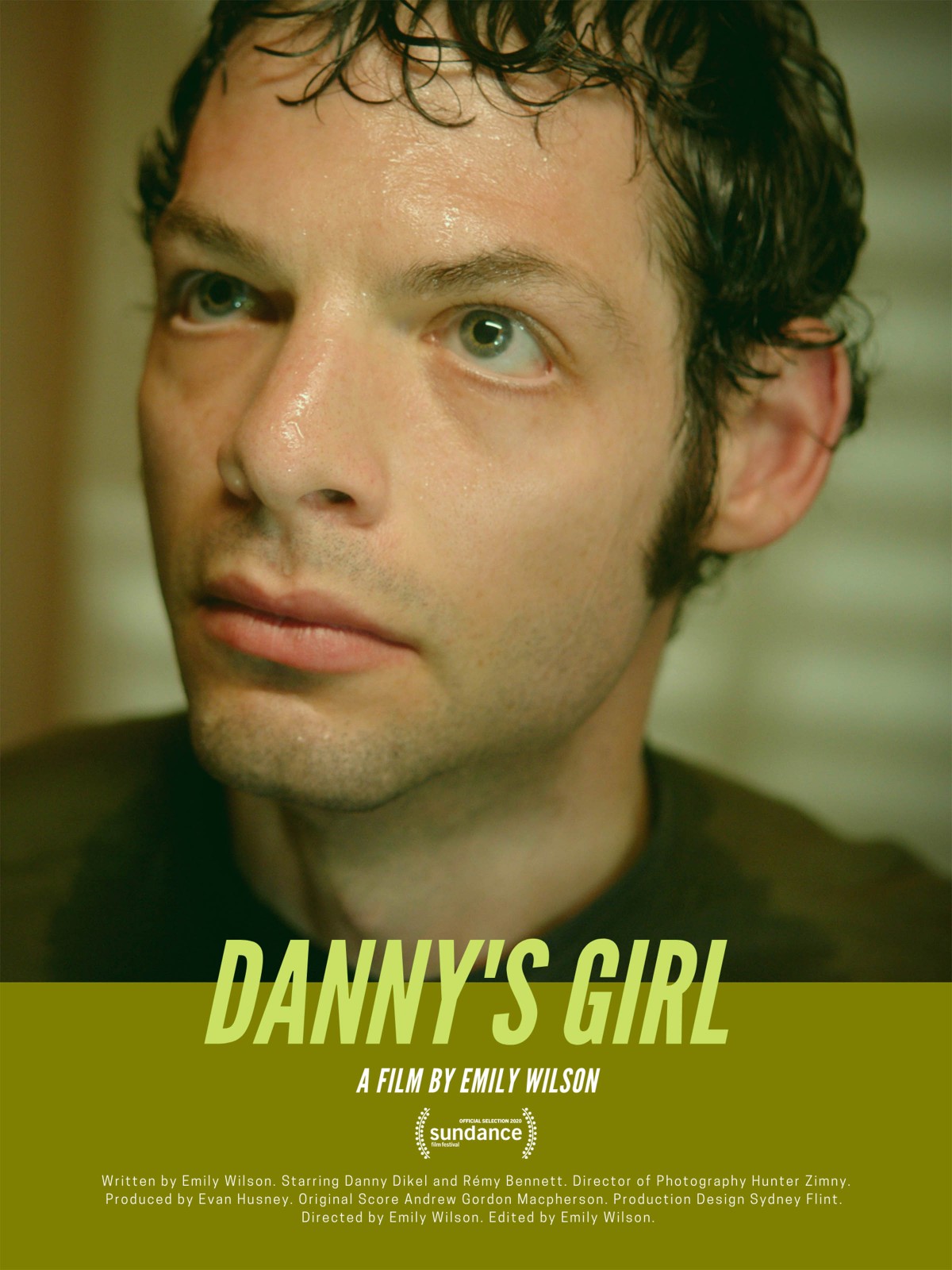