When you rent someone else's home for a vacation, you have to put a certain amount of trust in a complete stranger, and most of the time, everything turns out fine... but that's not the case for an unsuspecting couple in the new short film Dear Guest. Directed by Megan Freels Johnston (The Ice Cream Truck) and starring Ashley Bell and Noureen DeWulf, the trailer for Dear Guest teases a compelling and creepy scenario in which a seemingly charming vacation rental quickly turns into a perilous prison.

Below, you can check out the trailer and poster for Dear Guest, which will be screened on the festival circuit throughout 2020, and we also have the official press release with more information:

Press Release: Hollywood, CA (March 23, 2020) -- Fresh off its premiere at the Monaco International Film Festival a new teaser has arrived for this Twilight Zone-esque short film.

A couple checks into a vacation rental, only to find that the anonymous host likes to play games on its guests.

The throwback short film stars Ashley Bell (The Last Exorcism) and Noureen DeWulf (Good Girls) as a couple who soon regrets renting this picturesque home for their long awaited vacation.

Megan Freels Johnston, best known for her suburban nightmare "The Ice Cream Truck" and her break up film noir "Rebound" directed the short film between feature projects. With all the makings of a modern day Hitchcock film, Dear Guest will play the festival circuit for all of 2020. Johnston though has alluded that this short could evolve into a feature. Dear Guest was produced by Freels Johnston, Michael May (Auto/Biography), and Bill Whirity (Prey). 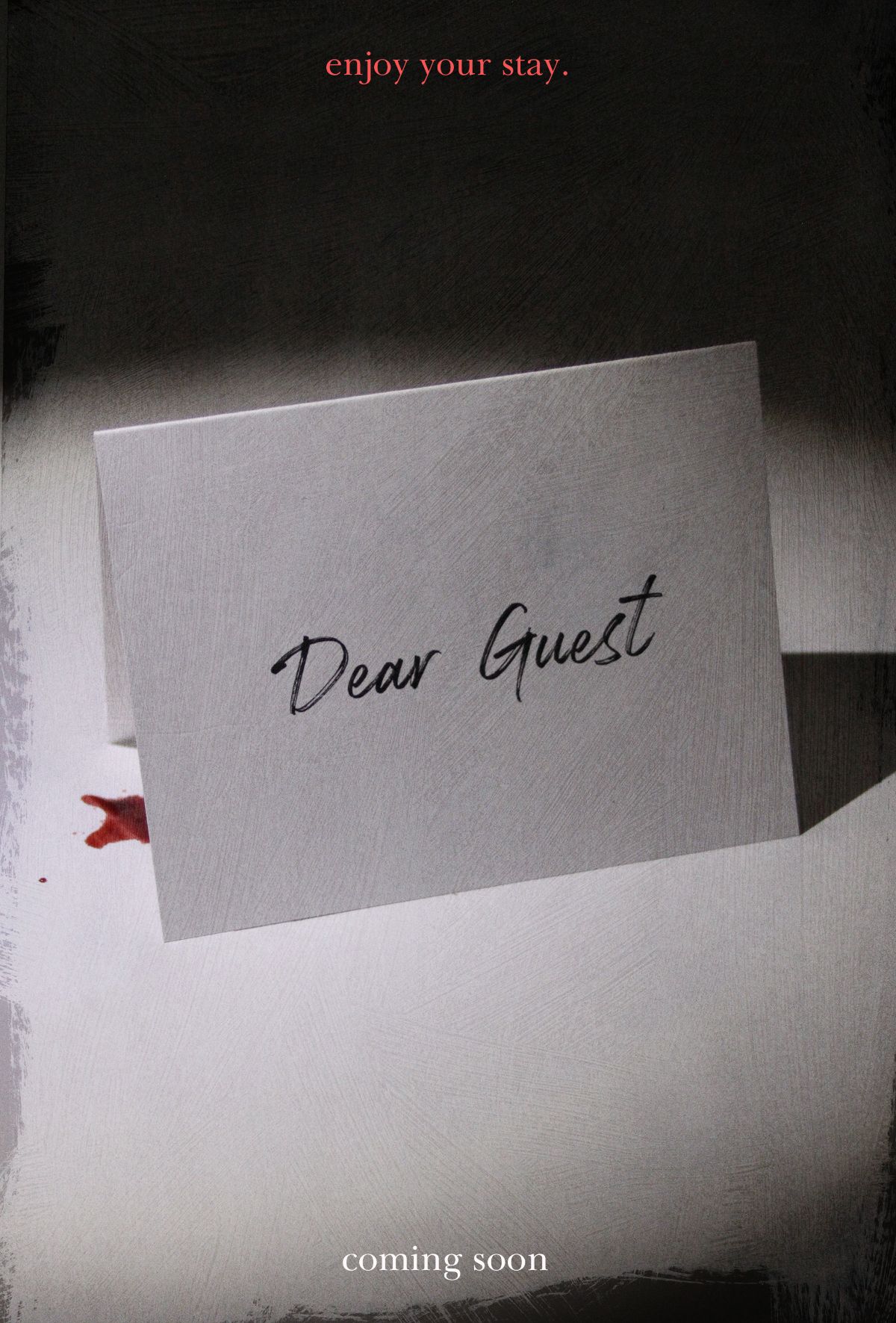