Watch an Exclusive Clip from THE BLOODHOUND, Now Streaming on ARROW and Coming to Blu-ray on March 23rd

A new take on Edgar Allan Poe’s "The Fall of the House of Usher," Patrick Picard's The Bloodhound is one of the January releases on Arrow Video's streaming service ahead of its Blu-ray release on March 23rd, and we've been provided with an exclusive clip to share with Daily Dead readers.

You can watch a disturbing dream come to life in our exclusive clip below, as well as details on ARROW's January lineup:

Press Release: London, UK - Arrow Video is excited to announce the January 2021 lineup of their new subscription-based ARROW platform, available now in the US and Canada, coming soon to the UK. Building on the success of the Arrow Video Channel and expanding its availability across multiple devices and countries, ARROW boasts a selection of cult classics, hidden gems and iconic horror films, all curated by the ARROW team.

The lineup begins with the exclusive ARROW launch of the inaugural ARROW Shorts Collection: a selection of entries from Arrow Video's Horror Lockdown Shorts contest, judged by genre film veterans Justin Benson and Aaron Moorhead (Synchronic, The Endless). A testament to resourcefulness and creativity amidst the uncertainty of the global pandemic, the collection features burning passion in UnTooned, the disturbing aftermath of The Wedding Ritual, bad bears in Toys, a break-in gone terribly wrong in Stagnant, a neon Giallo homage in A Date with Death, the paranoid and claustrophobic Insecticide, chills in The Drawing, obsessions in The Garden, the sleepless nightmare of first time parenthood in Night Feed, and the unseen dangers of online shopping in Silent & Deadly. The shorts are exclusively available to stream on ARROW.

Every second counts in Short on Time, ARROW's collection of compelling shorts and features that grip audiences fast and furiously, with every feature under 75 minutes. Featured titles include Patrick Picard's hauntingly atmospheric The Bloodhound, Herschell Gordon Lewis's groundbreaking splatter films Blood Feast and The Gruesome Twosome, and Shinya Tsukamoto's cyberpunk Tetsuo: The Iron Man. The shorts include Roadkill: The Last Days of John Martin and A Hot Night at the Go Go Lounge.

Streaming on ARROW, visionary filmmaker Park Chan-wook (Oldboy, The Handmaiden) takes audiences to the demilitarized zone between North and South Korea in Joint Security Area (JSA), the acclaimed thriller which swept awards and captivated audiences on its release in 2000.

In the DMZ separating North and South Korea, two North Korean soldiers have been killed, supposedly by one South Korean soldier. But the 11 bullets found in the bodies, together with the 5 remaining bullets in the assassin's magazine clip, amount to 16 bullets for a gun that should normally hold 15 bullets. The investigating Swiss/Swedish team from the neutral countries overseeing the DMZ suspects that another, unknown party was involved - all of which points to some sort of cover up.

Scottish director Lynne Ramsay’s riveting adaptation of Lionel Shriver’s bestseller is the controversial story of an ambivalent mother attempting to connect with her disturbing son, who has battled her since his birth. At 15, Kevin committed a heinous act, leaving his mother Eva to face her own guilt and grief, as well as scorn from their neighbors and former friends. Featuring a BAFTA nominated performance from Oscar winner Tilda Swinton, and a chilling breakthrough from Ezra Miller as Kevin, We Need to Talk About Kevin is a dark exploration of nature vs. nurture and a masterful blend of drama and horror.

Elaine, a beautiful young witch, is determined to find a man to love her. In her gothic Victorian apartment she makes spells and potions, and then picks up men and seduces them. However, her spells work too well, leaving her with a string of hapless victims. When she finally meets the man of her dreams, her desperation to be loved will drive her to the brink of insanity and murder.

With a visual style that pays tribute to Technicolor thrillers of the '60s, The Love Witch explores female fantasy and the repercussions of pathological narcissism. The feature will be accompanied by a newly filmed, exclusive ARROW Originals Q&A with director Anna Biller, moderated by Heidi Honeycutt.

As the new year gets into full swing, ARROW invites you to own up to your sins as January 11th sees the arrival of Ban this Sick Filth Presents: Pray for Forgiveness with a sinful selection of films for you blasphemous heretics including Beyond the Door, Killer Nun, Children of the Corn and Mark of the Devil.

You've all been very bad, cavorting around on ARROW, watching disgusting films and enjoying it too. Have you no shame? Good. But now it's time to 'Pray for Forgiveness' with a sinful selection of films for you blasphemous heretics to think on your sins too.

Films featured include: Italian religious shockers Beyond the Door and Killer Nun, killer kids punishing transgressions in the 80s classic Children of the Corn, damnation and soul-tearing in Clive Barker’s seminal Hellraiser and withcraft and torture in the contraversial and unsettling Mark of the Devil.

The kids aren’t alright. From troublesome teens to savage siblings, this rabble of pintsized ruffians are badly behaved and baying for your blood!

Films featured include: The stunning portrait of a boy gone, or born, bad in We Need to Talk About Kevin, killer kids on the rampage in Bloody Birthday, twins of evil in the cult slasher classic Blood Rage, a sister scorned, with a vicious dog for company, in Madhouse.

We all know CGI blood sucks and that lovingly-crafted hand-made artery-gushing flesh-peeling stomach-churning practical effects are where it’s at, so our ‘Make-Up Effects Masterclass’ is a shelf full of examples of the best, from the best.

Films featured include: The drooling, gruelling latex ripping delights of Re-Animator and the sequel Bride of Re-Animator, , 80s-style splatter in Creepshow 2 and the good old-fashioned gore and gristle on Island of Death.

On January 18th, ARROW let loose a rabble of pintsized ruffians who are badly behaved and baying for blood with Little Monsters, featuring We Need to Talk About Kevin, Bloody Birthday, Blood Rage and Madhouse.

School is in session on January 22nd with Make-Up Effects Masterclass - stare in awe at the best examples of hand-made artery-gushing, flesh-peeling practical effects with Re-Animator, Bride of Re-Animator, Creepshow 2 and Island of Death.

Arrow Video is offering fans a 30 day free trial of ARROW, and subscriptions are available for $4.99 monthly or $49.99 annually. A UK rollout is planned for February.

ARROW is available in the US and Canada on the following Apps/devices: Roku (all Roku sticks, boxes, devices, etc), Apple TV & iOS devices, Android TV and mobile devices , Fire TV (all Amazon Fire TV Sticks, boxes, etc), and on all web browsers at https://www.arrow-player.com. 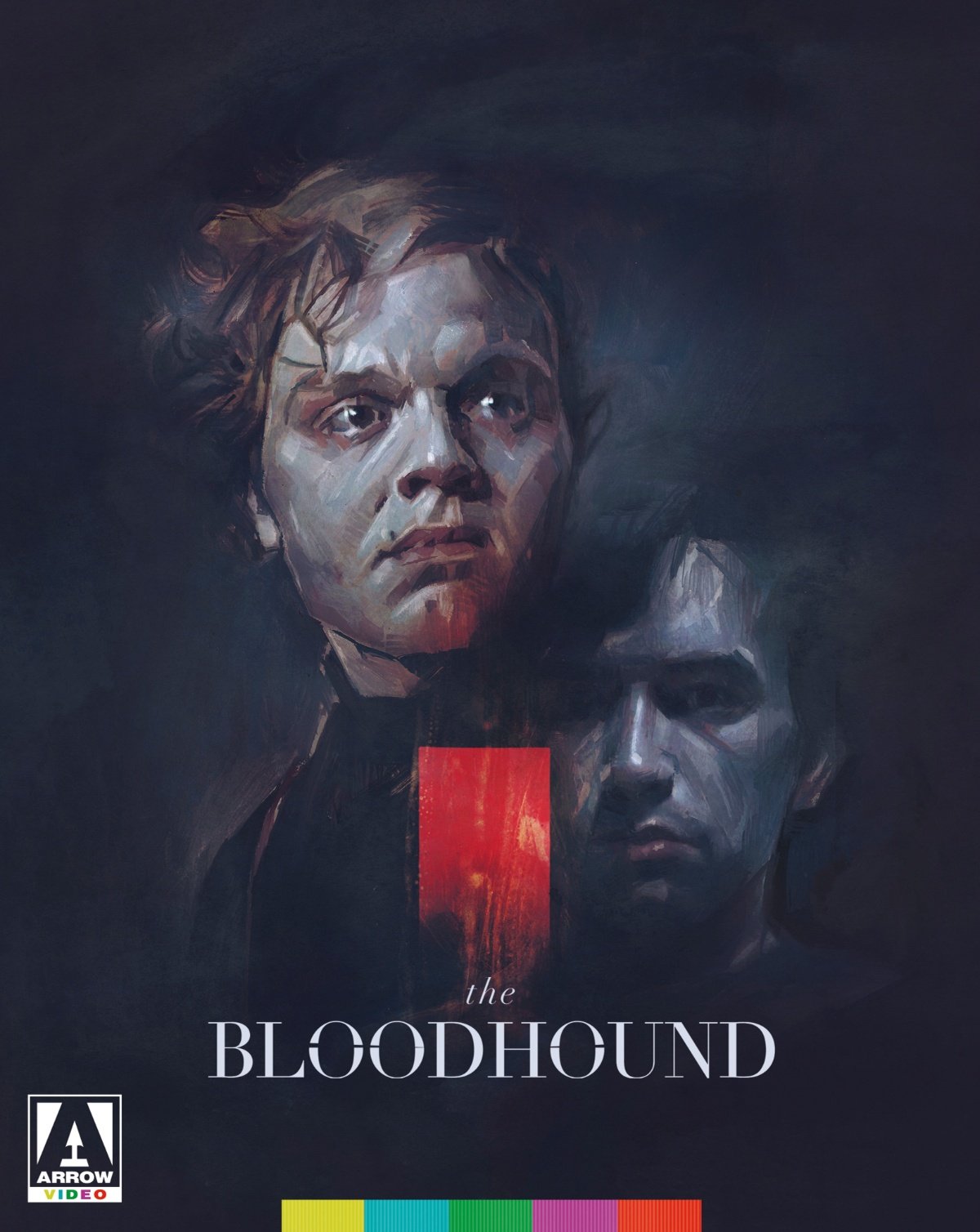