Watch the Exclusive Trailer for TERROR EYES, Coming to On Demand on June 8th

Three friends are forced to fight off sinister users of the dark web in Delaney Bishop's Terror Eyes, and ahead of the new horror film's June 8th release On Demand from Indican Pictures, we've been provided with the exclusive trailer (along with an exclusive clip) to share with Daily Dead readers!

You can check out the exclusive trailer and clip below, and to learn more about Terror Eyes, visit:

Synopsis: Lisa (Ayla Kell, “Make It Or Break It”), Danny (Riker Lynch, “Glee”) and Rebecca (Lisseth Chavez, “DC’s Legends of Tomorrow”) embark on a celebratory road trip to the middle of the desert to attend a music festival. As their journey progresses, they begin to grow uneasy when they realize they’re being followed. The trio soon discovers that they are the live subjects of a dark website called “Terror Eyes,” an online platform that broadcasts horrifying events including robberies, violent attacks and murders. In order to escape the growing nightmare, the group must determine who is behind the terrorizing website before it’s too late. 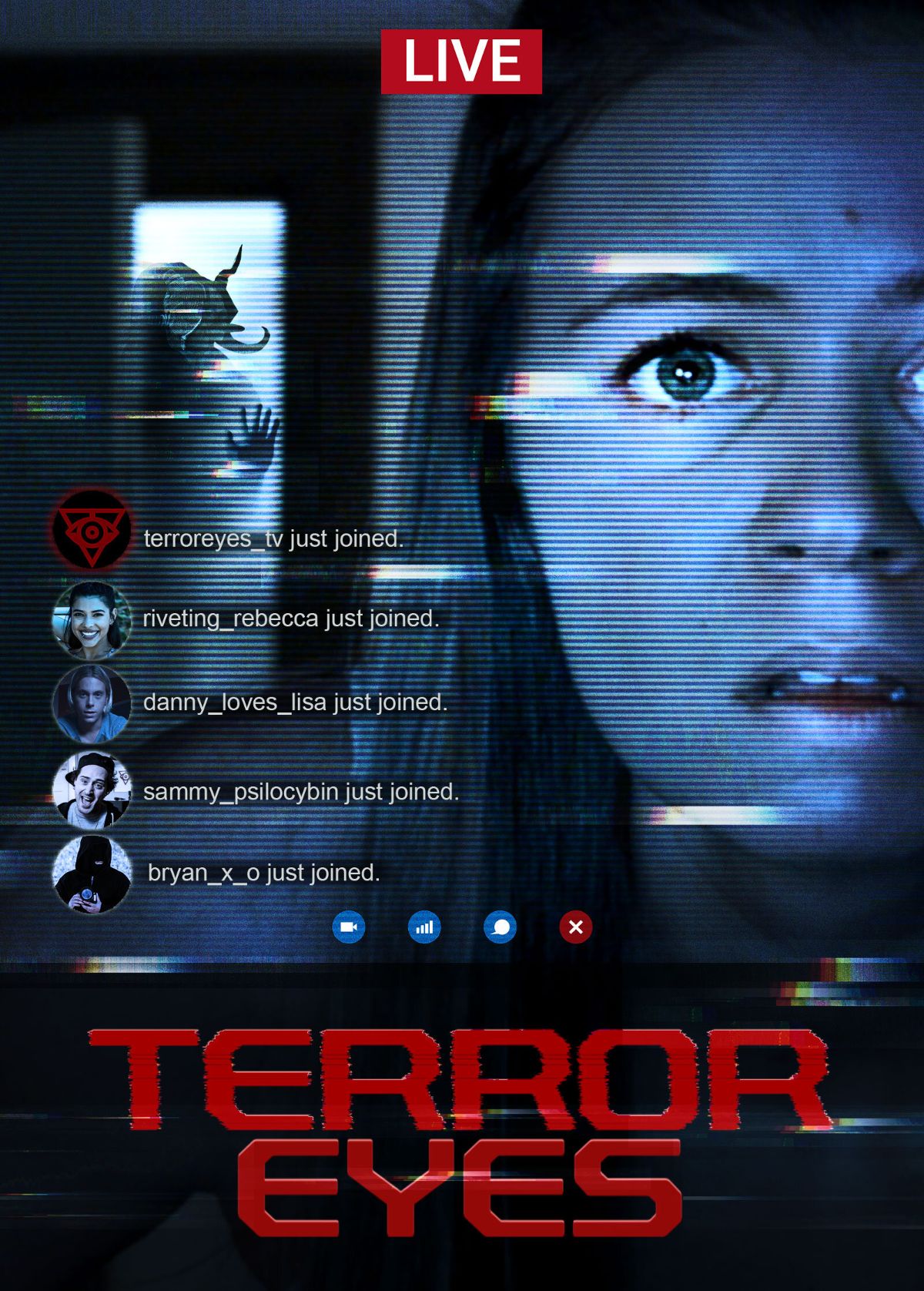