Watch the New Trailer for SAINT MAUD, Coming to Theaters on April 3rd from A24

In her 5-star Fantastic Fest review, Emily von Seele wrote that Saint Maud "...terrifies as much as it intrigues, and will keep audiences guessing up until the very last horrific second." With an April release date, we thankfully won't have to wait long to see the new religious horror film, and with it being Ash Wednesday, A24 has revealed a new trailer for the movie.

You can watch the new trailer below, and in case you missed it, check out Emily's review and the film's previous trailer.

"The debut film from writer-director Rose Glass, Saint Maud is a chilling and boldly original vision of faith, madness, and salvation in a fallen world. Maud, a newly devout hospice nurse, becomes obsessed with saving her dying patient’s soul — but sinister forces, and her own sinful past, threaten to put an end to her holy calling." 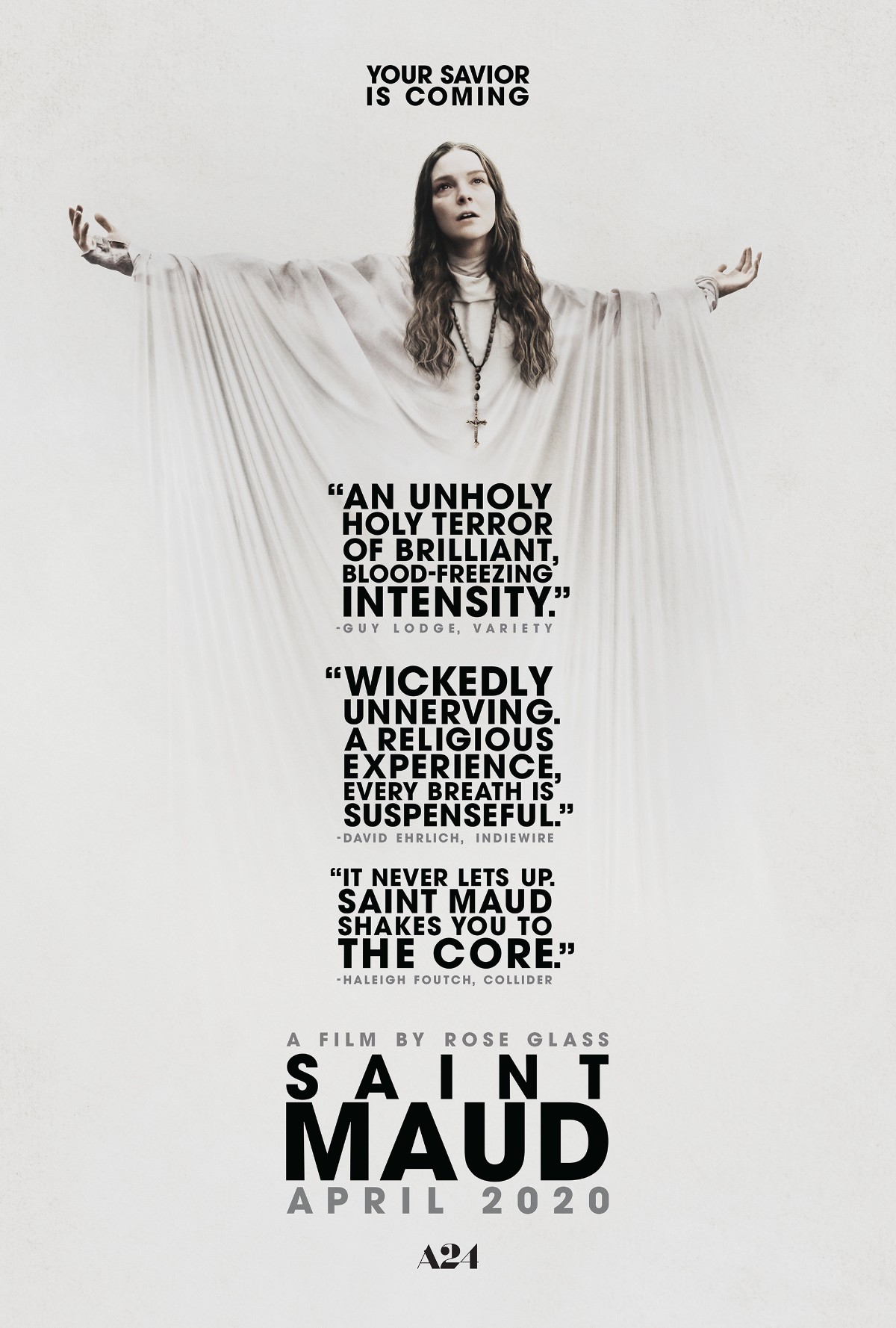