The arrival of Mr. Wilford (Sean Bean) brings a whole new set of problems and opportunities for the passengers of Snowpiercer in the new trailer for the second season of TNT's post-apocalyptic series based on Bong Joon Ho’s movie of the same name and Jacques Lobabout's graphic novel Le Transperceneige.

You can check out the new trailer below, and be sure to catch up on Heather Wixson's insightful Snowpiercer Season 1 recaps before the new season premieres on Monday, January 25th at 9:00pm ET.

"At the end of season one, the survivors of the revolution are trying to pick up the pieces and maintain a fragile peace amongst the now merged classes with Layton (Daveed Diggs) emerging as the train’s leader. Discovering Mr. Wilford (Sean Bean) is alive and headed their way on a rival train, Melanie (Jennifer Connelly) risks going outside to prevent him from invading Snowpiercer. While she’s out there, it’s revealed that Alexandra (Rowan Blanchard), Melanie’s daughter, who she thought had died, is alive and has become Wilford’s dedicated protegee. In season two, an entirely new power struggle emerges, causing a dangerous rift as people are divided between their loyalty to Layton and to Mr. Wilford, who has a new train, new technology and a game plan that keeps everyone guessing. While Layton battles Wilford for the soul of Snowpiercer, Melanie leads the charge on a shocking new discovery that could change the fate of humanity." 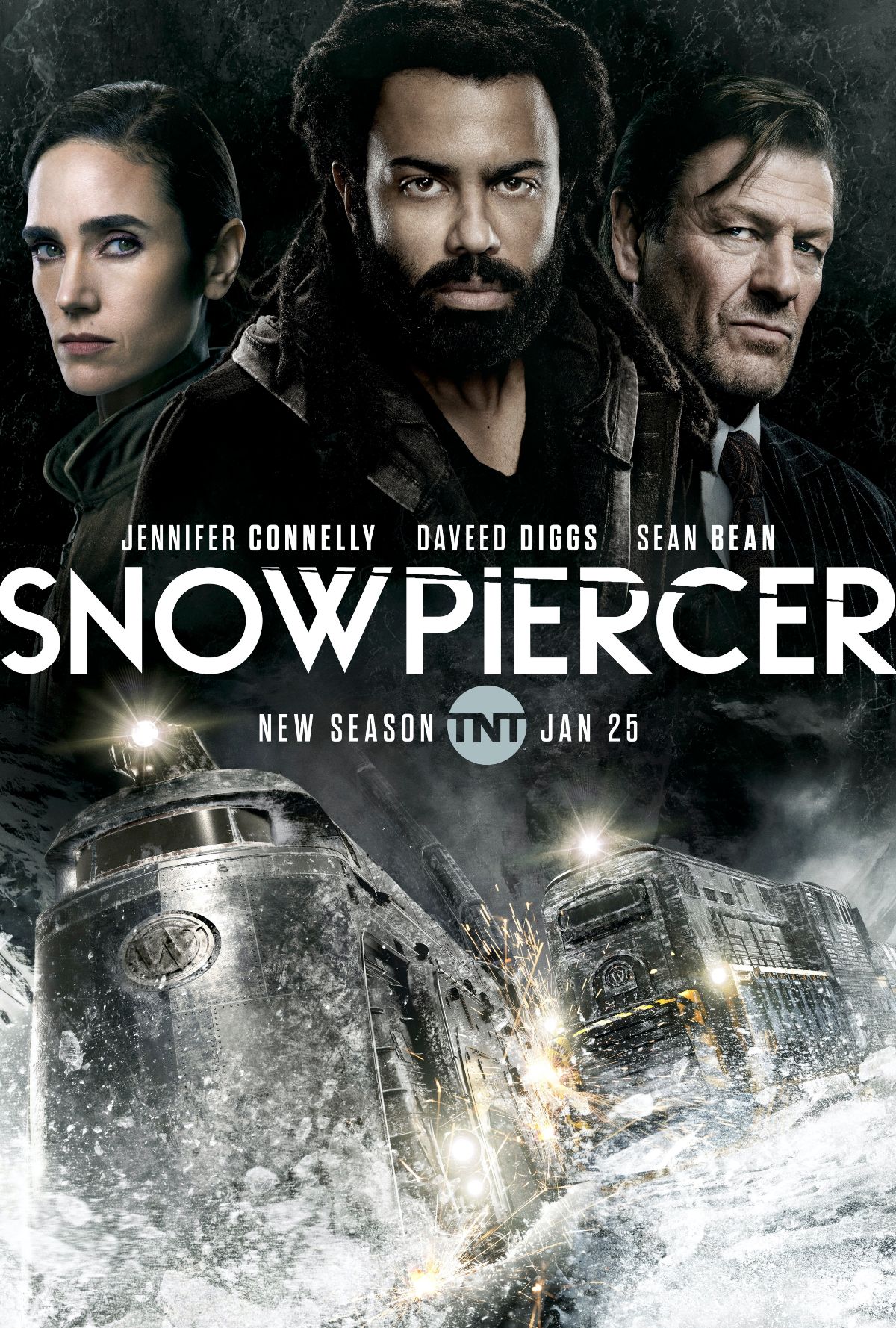 I've been given the go-ahead to talk about #Spiral & as a #SAW nerd, it absolutely lives up to the legacy of the series & what I wanted out of a movie from the SAW-iverse. It's a bold & bloody new direction & I'm so excited for y'all to see it later this week. It rules. Hard.

Thank you so much for playing tonight, trivia warriors!

If you had fun, PLEASE consider tipping your hard-working hosts, Ted and Mike, for putting on this free community event, week after week!

Your support keeps us alive!

We're less than 45 minutes from an all-new Final Exam! Are you ready to rock and roll?!

This evening's login code is http://crowd.live/BOOO and we want you as part of our family!

We've got an all-new Final Exam happening tonight! There's no theme other than "horror movies", so dive right in and play along with us at 7PM Pacific / 10PM Eastern!

We've got killer prizes courtesy of @midnight_pulp, and the most welcoming horror community out there! Join in!

Only 3 weeks until Halfway to Black Friday 2021 at http://VinegarSyndrome.com! Share and/or reply to this tweet for a chance to win a $25 gift certificate to our upcoming sale + other goodies. We'll pick random winners next week. Read the big post here: https://business.facebook.com/vinsyn/posts/4455780314450129