Watch the Opening Scene from WHY DON’T YOU JUST DIE!

Why Don't You Just Die! will be be available nationwide on Digital HD starting April 20th, but we have the opening scene that you can watch right now, courtesy of Arrow Video:

London, UK - In the wake of the COVID-19 pandemic that has ground daily life to a halt around the globe, Arrow Video is proud to announce the US release of Why Don't You Just Die!, a blood-soaked black comedy in the vein of Quentin Tarantino and Edgar Wright.  Making his feature debut, writer/director Kirill Sokolov presents a rousing tale of family, modern relationships and the dark places they can take you to when things turn sour.  Why Don't You Just Die! will be available nationwide on Digital HD April 20th.

Synopsis: "Matvey (Aleksandr Kuznetsov) has just one objective: to gain entry to his girlfriend's parents' apartment and kill her father Andrey (Vitaliy Khaev) with a hammer to restore her honour. But all is not as it initially seems, and Matvey's attempts to bludgeon the family patriarch to death don't quite go to plan as Andrey proves a more formidable - not to mention ruthless - opponent than he anticipated... and Matvey, for his part, proves stubbornly unwilling to die." 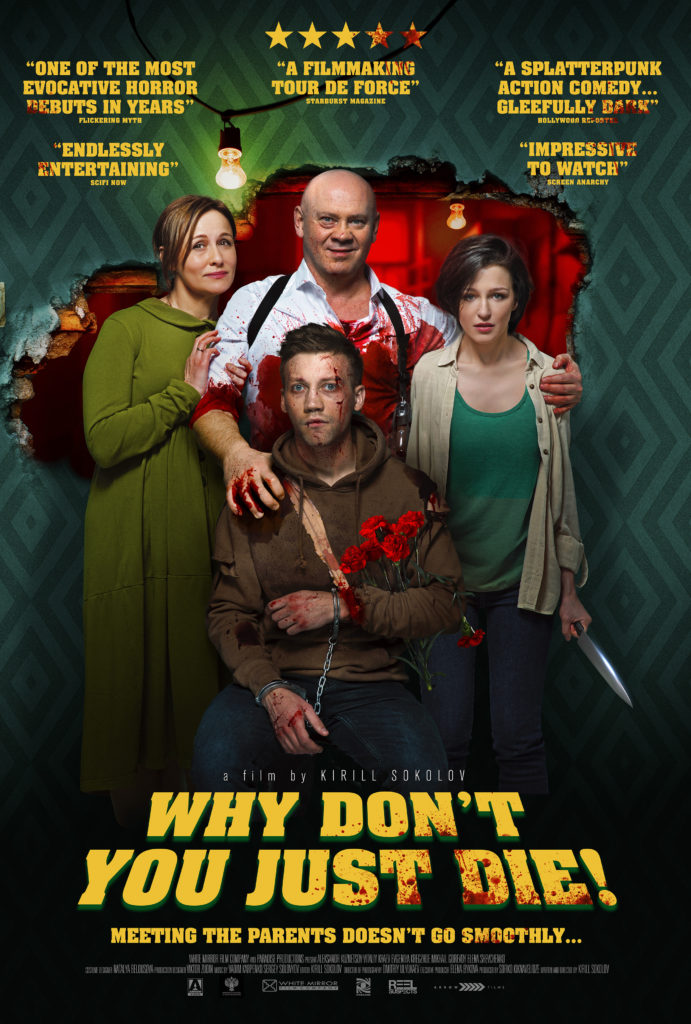