Watch the Red Band Trailer for CHAPELWAITE, Based on Stephen King’s JERUSALEM’S LOT

Stephen King's "Jerusalem's Lot" is one of my all-time favorite short stories by the Master of Horror, so I'm super stoked that a new series adaptation of the story will premiere on EPIX on August 22nd. In the meantime, we have a look at the new red band trailer that offers a look at the vampiric scares in store for viewers:

"Set in the 1850s, the Chapelwaite follows Captain Charles Boone (Brody), who relocates his family of three children to his ancestral home in the small, seemingly sleepy town of Preacher’s Corners, Maine after his wife dies at sea. However, Charles will soon have to confront the secrets of his family’s sordid history, and fight to end the darkness that has plagued the Boones for generations.

Hampshire plays Rebecca Morgan, an ambitious young woman who left Preacher’s Corners to attend Mount Holyoke College, and has returned home with an advance to write a story for the new and prestigious Atlantic Magazine.  Her writer’s block lifts when Boone arrives in town with his children, and despite her mother’s protests, Rebecca applies to be governess of the infamous Chapelwaite manor and the Boone family in order to write about them. In doing so, Rebecca will not only craft the next great gothic novel, she’ll unravel a mystery that has plagued her own family for years. 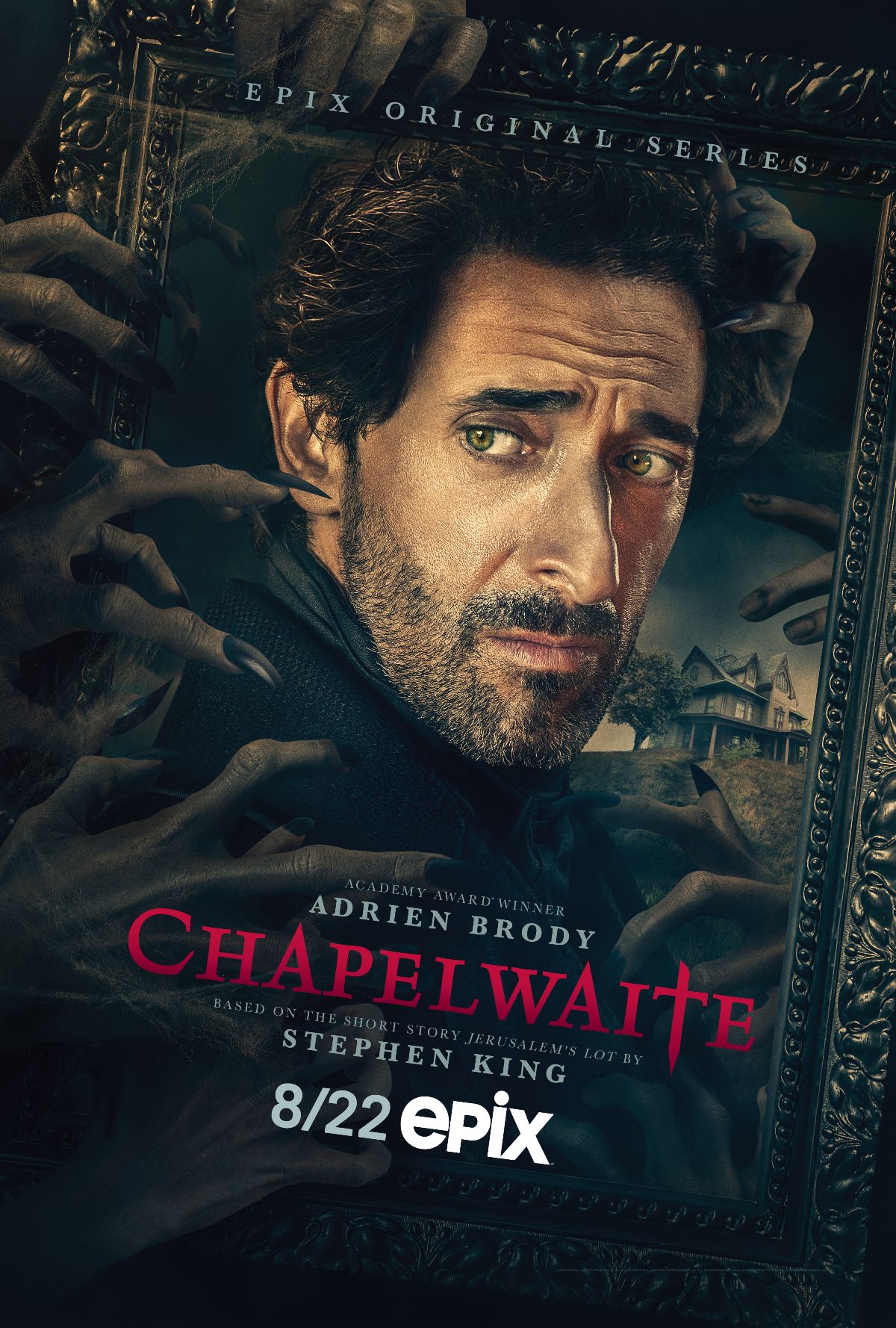