Watch the Trailer for INTO THE DARK: MY VALENTINE

When her ex-boyfriend/ former manager does the unthinkable, a pop star fights for her song rights, her identity, and her life in the trailer for My Valentine, the new installment of Blumhouse and Hulu's horror anthology series Into the Dark.

Below, you can watch the new trailer and listen to a full song from the film (by the character Trezzure), and keep an eye out for My Valentine when it's released on Hulu beginning Friday, February 7th.

Synopsis: "Influenced by some of the biggest pop scandals over the past decade, INTO THE DARK: MY VALENTINE, follows Valentine, whose songs and artistic identity have been stolen by her ex-boyfriend/manager - and shamelessly pasted onto his new girlfriend/protégé, Trezzure.

Writer/director Maggie Levin imagines what happens when the two worlds collide and find themselves face-to-face. Locked together in a small concert venue after hours, the three of them confront the scars of the past...until they take things into their own hands." 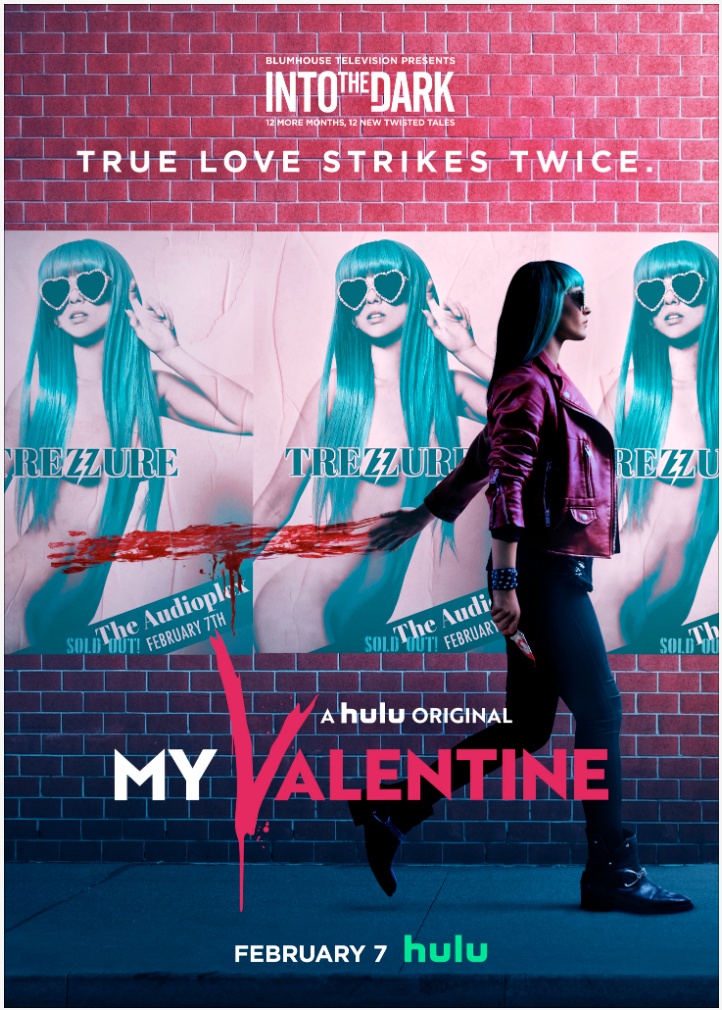