Written and directed by Iris K. Shim, produced by Sam Raimi, and starring Sandra Oh, the new supernatural horror movie Umma will be released in theaters on March 18th from Sony Pictures, and we have a look at the official trailer and poster ahead of its release!

Synopsis: "Umma, which is the Korean word for “mother,” follows Amanda (Sandra Oh) and her daughter (Fivel Stewart) living a quiet life on an American farm, but when the remains of her estranged mother arrive from Korea, Amanda becomes haunted by the fear of turning into her own mother." 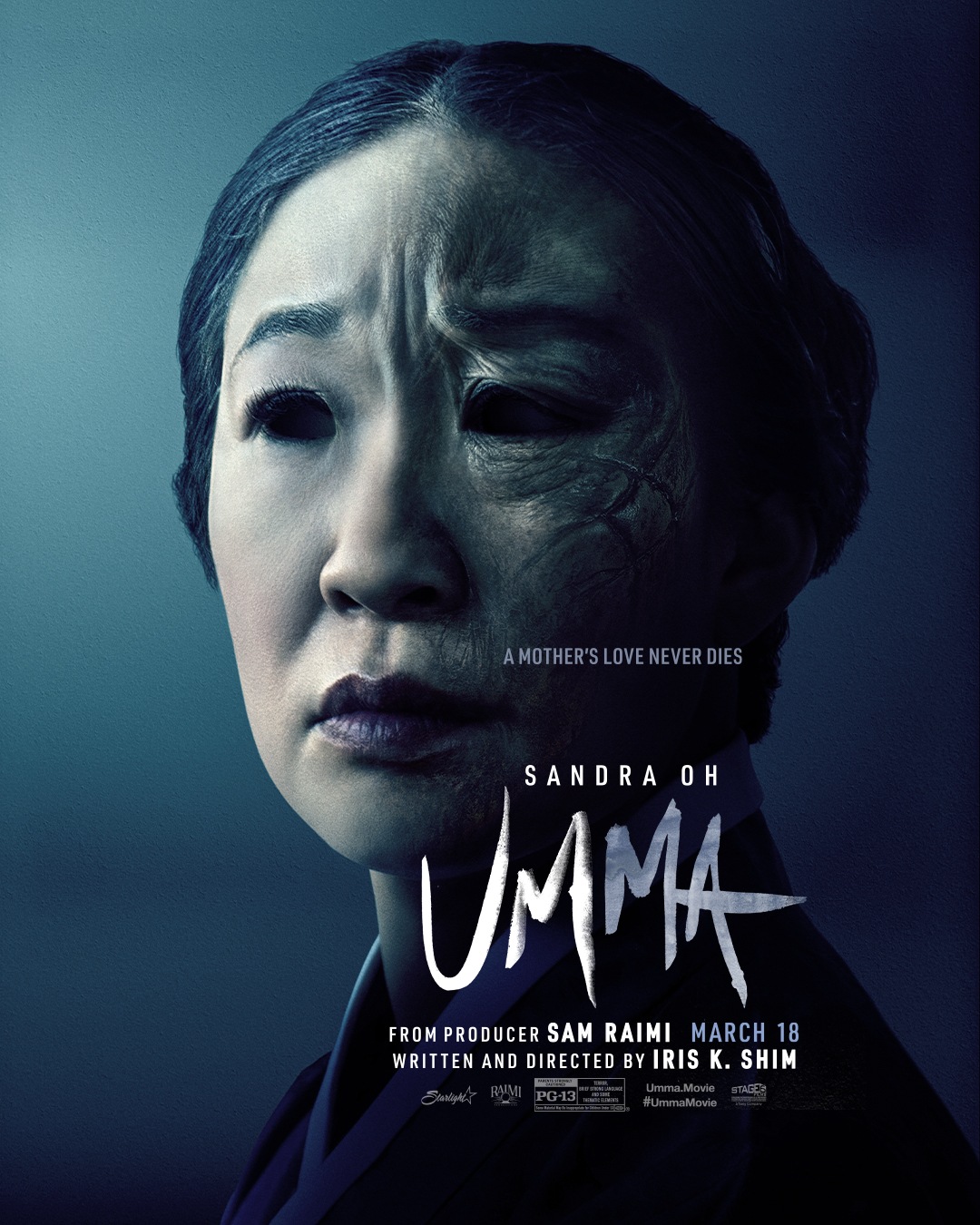