A group of resourceful teenagers defend their island community in Pangnirtung, Nunavut, from body-possessing extraterrestrials in the official trailer for Slash/Back, coming to theaters, On Demand, and Digital on October 21st via RLJE Films before heading to Shudder later this year.

I had a chance to see Slash/Back through Popcorn Frights Film Festival this year, and it's an absolute blast with compelling characters and creepy extraterrestrial effects that pay homage to John Carpenter's The Thing.

Synopsis: "Set in Pangnirtung, Nunavut, a sleepy hamlet nestled in the majestic mountains of Baffin Island in the Arctic Ocean, SLASH/BACK opens as the village wakes up to a typical summer day. No School, no cool boys (well... except one), and 24-hour sunlight. But for Maika and her ragtag friends, the usual summer is suddenly not in the cards when they discover an alien invasion threatening their hometown. These teenagers have been underestimated their whole lives but, using makeshift weapons and their horror movie knowledge, they show the aliens you don't f*** with the girls from Pang." 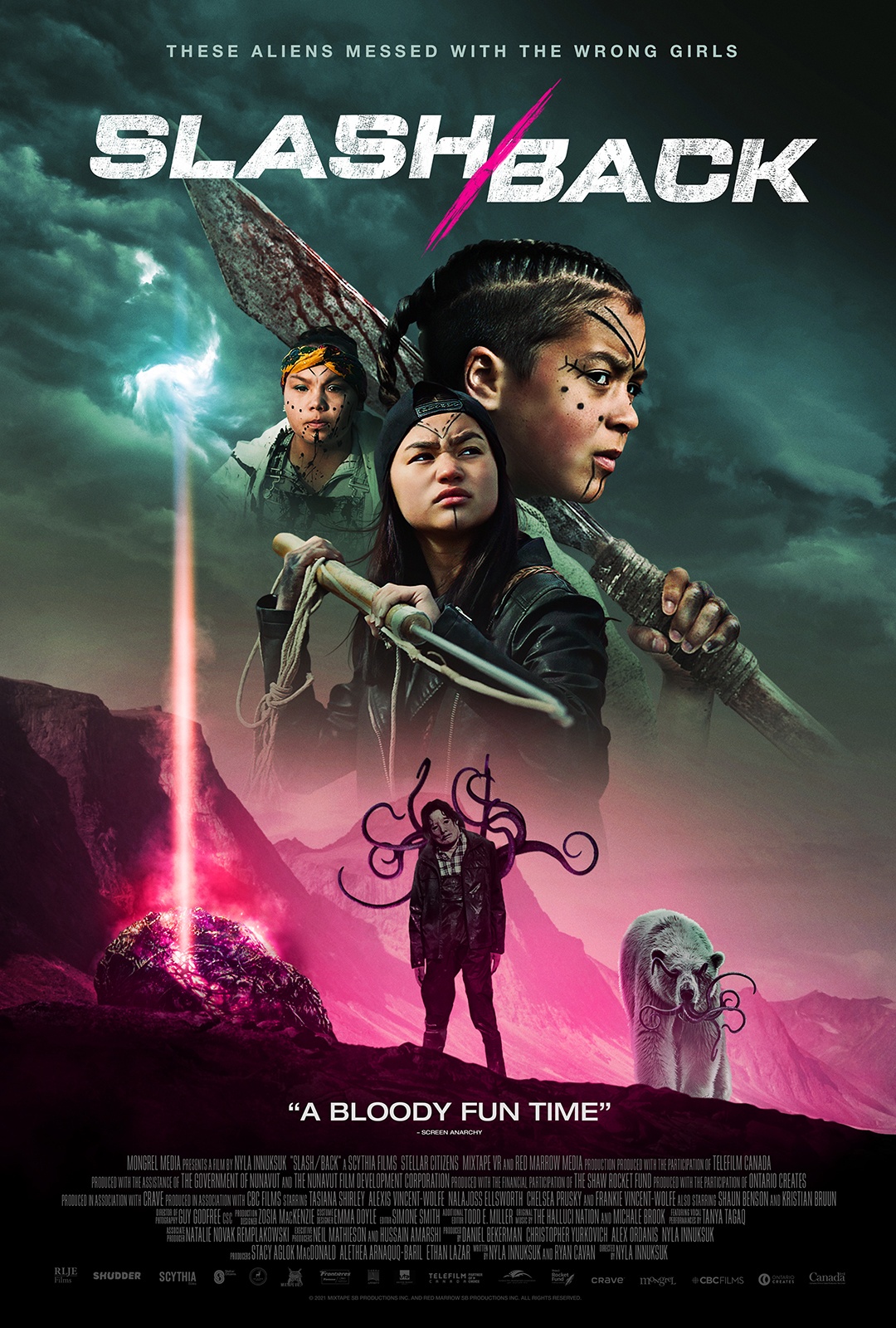