Watch the Trailer for the Director’s Cut of BLACK LAKE

With its world premiere screening taking place on March 5th in Atlanta as part of the Renegade Film Festival, we have a look at the brand-new trailer for the Black Lake Director's Cut!

"Bad Wolf Films is excited to announce the world premiere of British female filmmaker K/XI's director's cut of her art-house/ folk-horror feature film 'Black Lake', which won Best Cinematography and was nominated for 4 further awards at the Women in Horror Film Festival in 2020. The festival transitioned to Renegade Film Festival, and the writer, director, and producer K/XI is excited to return and share this cut with fans and new audience members. The film will be presented as an extension to 2023's Renegade Film Festival which runs from 3-4th of March at the Earl and Rachel Smith Strand Theatre.

The film will be screened at 1pm on Sunday 5th of March at the iconic Plaza Theatre, and ending with a director Q&A hosted by horror author Scott Bradley. The event is sponsored by Videodrome, the old-school video rental shop stocking indie, obscure & cult films, plus the latest feature movies!"

To learn more about the screening and purchase tickets, visit: https://bldc.bpt.me

We also have details on the new cut straight from K/XI: "The Director's Cut features a split score by BurningTapes and female Canadian composer Teagan Johnston. The aim was to have a much more balanced sound in the film as the story is female centred, it was equally as important to bring on board a composer who understood the core message of the film and work with those difficult emotions. I pushed for a more art-house feel through the editing, stripping down a lot of the original synth heavy score, and having completely new sound design by Tatsujiro Oto.  This director's cut is far closer to my original vision of the film, and it was necessary to rework the energy of the film after all the setbacks we had during production and even afterwards. This cut will entirely replace the original cut of the film which is currently on available via Vimeo on Demand globally until February 26th:  https://vimeo.com/ondemand/blacklake2020"

Black Lake Director's Cut (2023): "Whilst house-sitting in a secluded home in Scotland, Aarya, an expressionist painter, is gifted a red scarf sent by her aunt from Pakistan, and becomes haunted by a Churail; a demonic and malevolent South-Asian Witch." 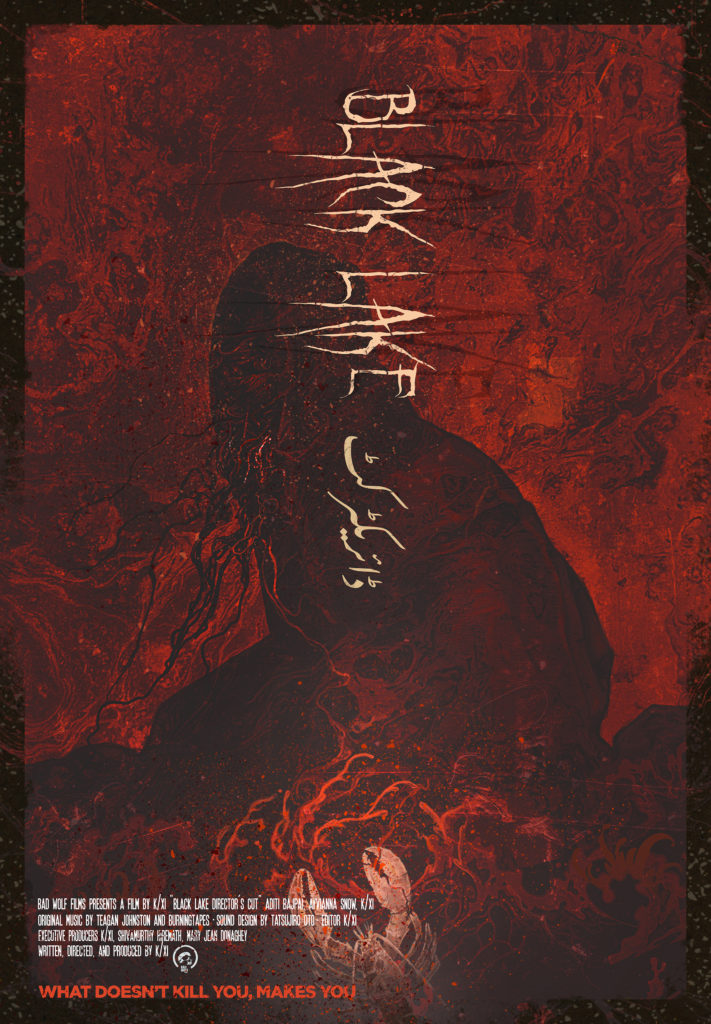