WHY DON’T YOU JUST DIE! Coming to Digital HD on April 20th

Initially slated to come out in select theaters on April 10th, festival darling Why Don't You Just Die! has joined the ranks of movies affected by the coronavirus and will not be released in US cinemas this spring. However, Arrow Video is giving viewers good reason not to despair with the announcement of an April 20th Digital HD release for Why Don't You Just Die!, one day before its Blu-ray release:

Press Release: London, UK - In the wake of the COVID-19 pandemic that has ground daily life to a halt around the globe, Arrow Video is proud to announce the US release of Why Don't You Just Die!, a blood-soaked black comedy in the vein of Quentin Tarantino and Edgar Wright. Making his feature debut, writer/director Kirill Sokolov presents a rousing tale of family, modern relationships and the dark places they can take you to when things turn sour. Why Don't You Just Die! will be available nationwide on Digital HD April 20th.

Ahead of the release, Sokolov shared, "Despite our exaggerated use of genre tropes and all the flashy effects, Why Don't You Just Die! remains, for me, an incredibly personal and sincere story. The film's inherent violence is the result of reflection on the realities of life in Russia, modern relationships, and societal attitudes. The gallows humor which pervades the film is the only true reaction whatsoever to all of this. The film is intended as an emotional rollercoaster, making the audience laugh, cry, and laugh again - but then immediately feel a sense of unease for having laughed."

Matvey (Aleksandr Kuznetsov) has just one objective: to gain entry to his girlfriend's parents' apartment and kill her father Andrey (Vitaliy Khaev) with a hammer to restore her honour. But all is not as it initially seems, and Matvey's attempts to bludgeon the family patriarch to death don't quite go to plan as Andrey proves a more formidable - not to mention ruthless - opponent than he anticipated... and Matvey, for his part, proves stubbornly unwilling to die. 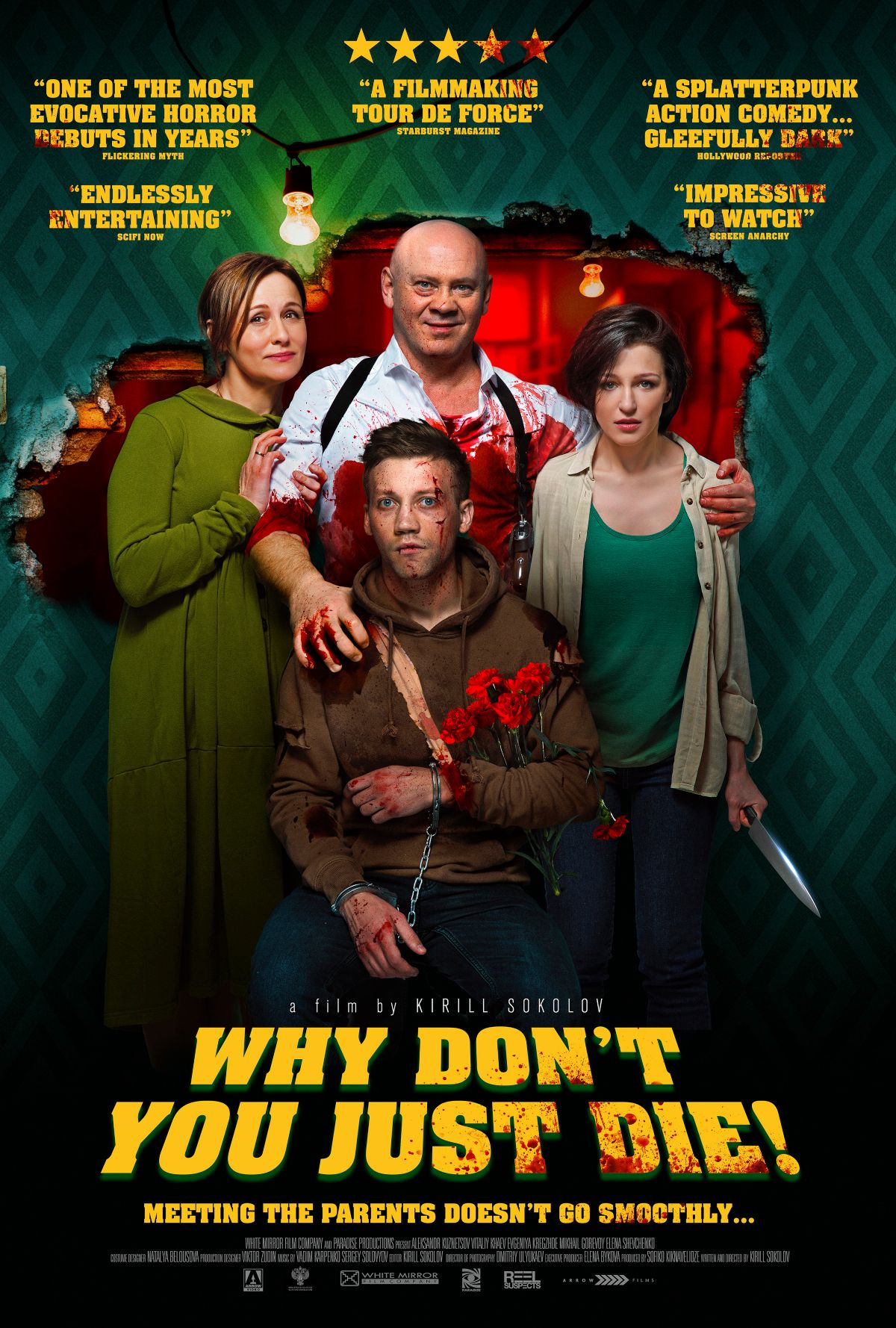