An Experiment Goes Wrong in Official Trailer for MINOR PREMISE

In her four-star review, Heather Wixson called Eric Schultz's Minor Premise a "stunning slice of sci-fi cinema," and soon you experience it for yourself, as the official trailer and poster have been revealed ahead of the film's virtual cinema, VOD, and Digital release on December 4th.

"Attempting to surpass his father's legacy and pressured by an old colleague (Dana Ashbrook of Twin Peaks), a reclusive neuroscientist becomes entangled in his own risky experiment. Ethan (Sathya Sridharan) has now locked himself in his home with his ex-girlfriend Allie (Paton Ashbrook) and the two navigate trauma, ambition, and missteps of the past. Diving headfirst into the uncharted equations of the brain, they realize that there is more at stake than just their relationship or Ethan’s reputation. With time quickly running out, he is forced to face off against the darker sides of himself while frantically attempting to solve an enigma that lies within his subconscious.

New York filmmaker Eric Schultz’s striking feature debut, after having co-produced such acclaimed works as JAMES WHITE, KATIE SAYS GOODBYE, and THE STRANGE ONES, MINOR PREMISE is a brilliantly constructed science-fiction drama that resonates with particular poignancy in our quasi-quarantined times. PREMISE’s pacing is both vibrant and dynamic, stylistically dancing through the inner workings of an individual in a way that is insightful, exciting and exhilarating. Schultz weaves a web of self-discovery with his characters revealing sincere and unvarnished portrait of a young man. Sathya Sridharan’s acting prowess as Ethan makes this film a force to be reckoned with. He is dazzling, demonstrating his range and giving a unique twist to the sci-fi leading man. Unlock the puzzle that is MINOR PREMISE and confront a plethora of fascinating questions of self and psyche." 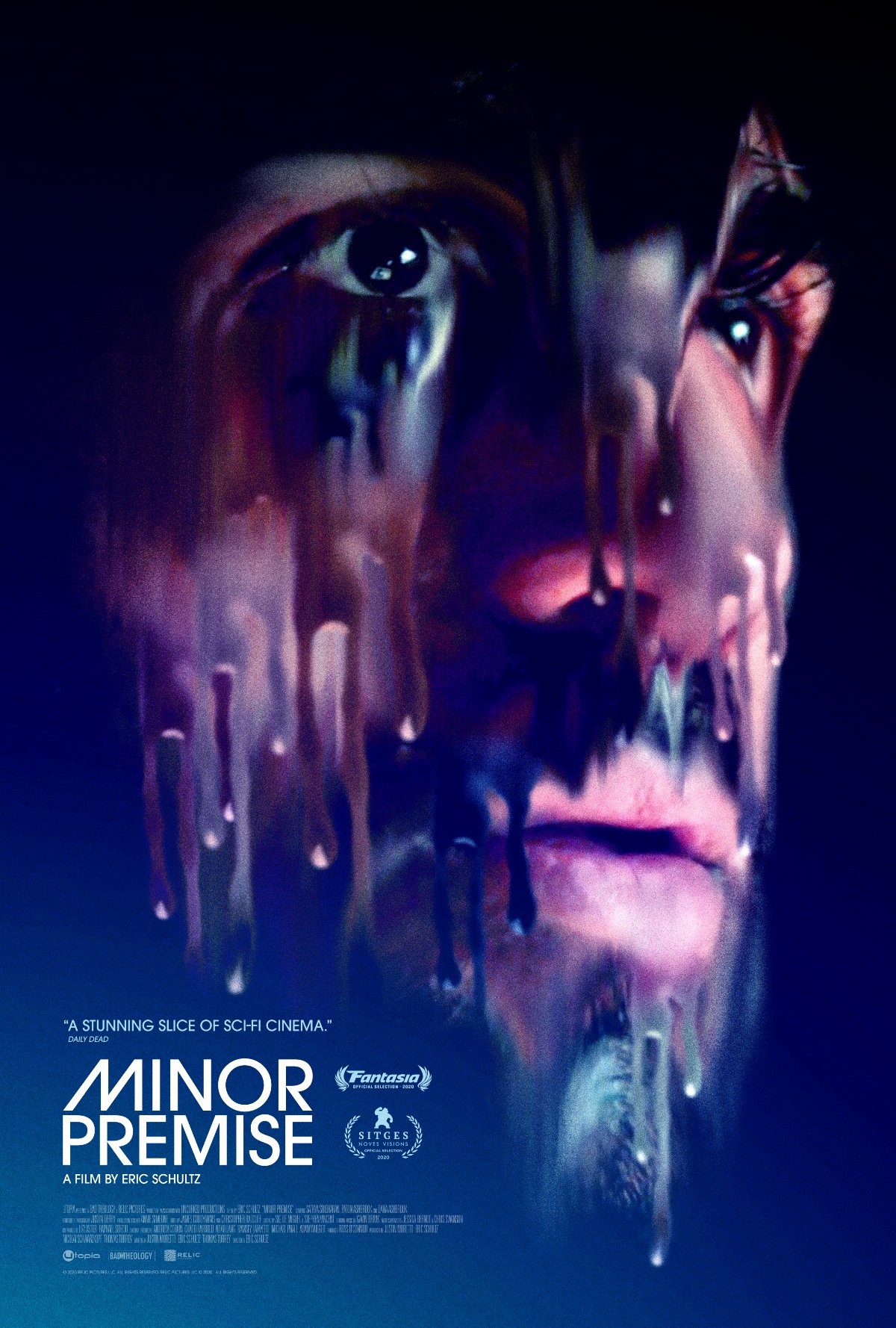