As we get ready to bid farewell to the month of April, we have one last slate of home media releases this week to look forward to, and there are some really fun titles headed home that genre fans do not want to miss out on. Arrow is showing Donnie Darko some love this Tuesday in 4K with their 2-Disc Limited Edition Collector’s Set (if their work on the Southland Tales release is any indication of what we can expect from the Donnie Darko set, then count me in), and they’ve also put together a Steelbook edition for Elvira: Mistress of the Dark as well.

Severin Films is also keeping busy with their release of Joe D’Amato’s Deep Blood and Vinegar Syndrome is resurrecting both Rush Week and Last Gasp in HD as well. Other releases for April 27th include Werewolves on Wheels, Murder Bury Win, The Time Travelers, Beware the Children, Berserkers, Bad Witch and Pipeline.

In a career that forever raised the bar for everything from hookers, cannibals and necrophiles to Ator, Emanuelle and Caligula, this long-unseen chum bucket from producer/director/EuroSleaze master Joe D'Amato may be his most bizarrely entertaining anomaly ever. Shot on location in Florida surf and Rome swimming pools, D'Amato combines '80s teen movie cliches and Native American mysticism with stupefying dialogue, over-the-top performances and shark footage that Bruno Mattei would later swipe for CRUEL JAWS to create what Oh, The Horror! calls a weird, demented experience that begs to be discovered and embraced. A cast of local unknowns - along with, inexplicably, the '60s comedy team of Charlie Brill & Mitzi McCall - star in this last word in Italian Sharksploitation. Bonus features include: Trailer 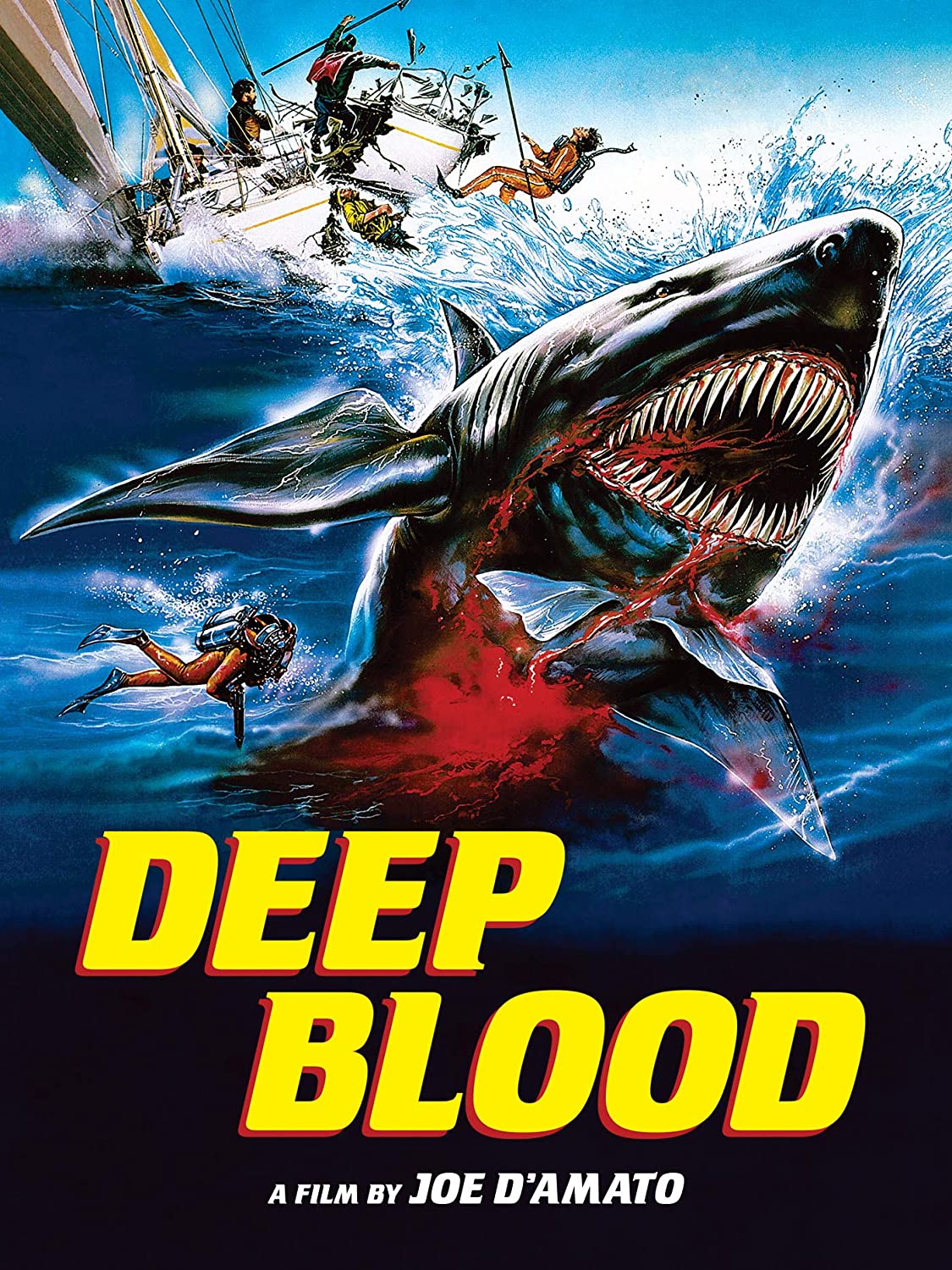 Donnie is a troubled high school student: in therapy, prone to sleepwalking and in possession of an imaginary friend, a six-foot rabbit named Frank, who tells him the world is going to end in 28 days, 06 hours, 42 minutes and 12 seconds. During that time he will navigate teenage life, narrowly avoid death in the form of a falling jet engine, follow Frank s maladjusted instructions and try to maintain the space-time continuum. 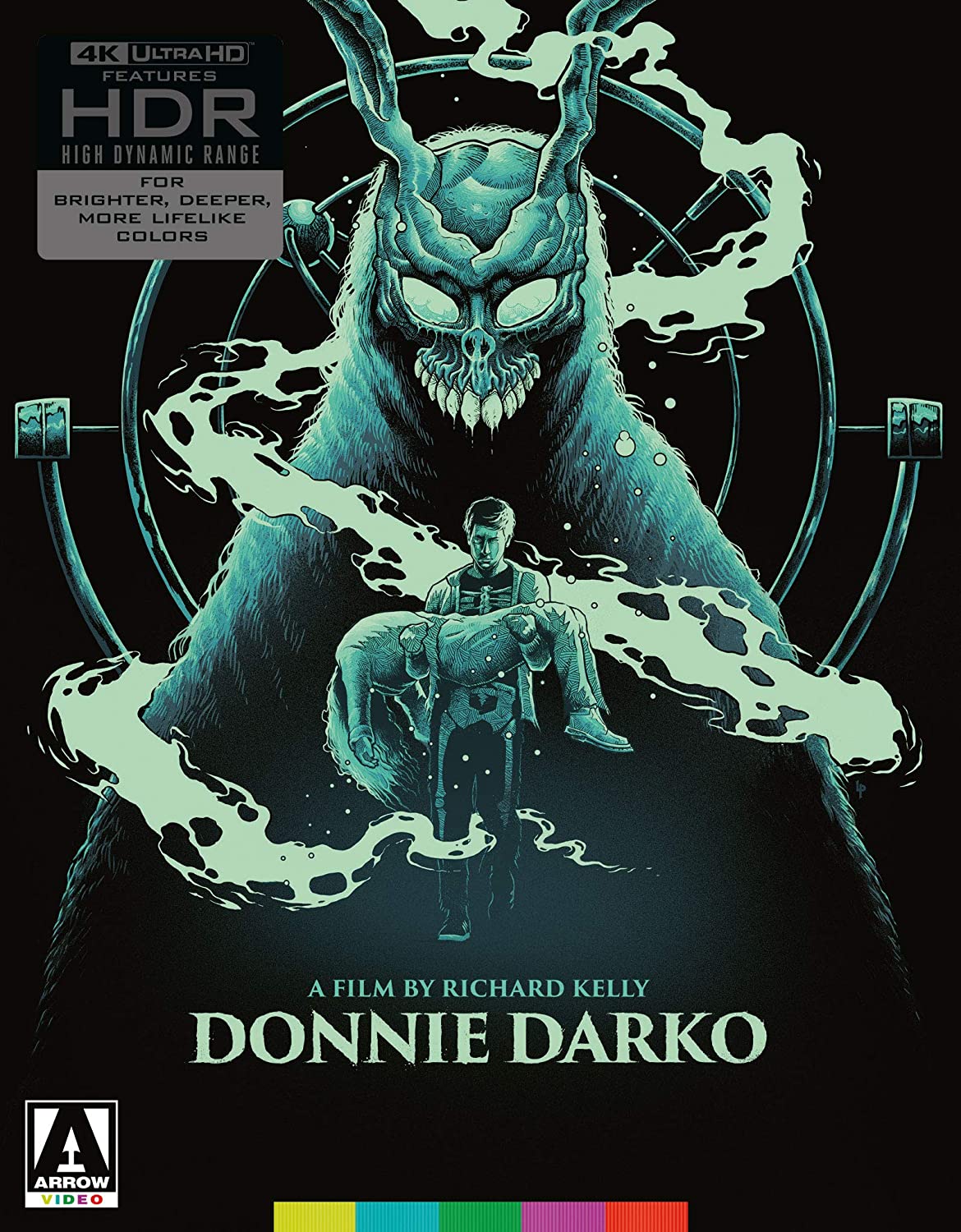 She's back! Elvira, Horrorland s hostess with the mostest, busts out on positively bursting-at-the-seams special edition of her big screen debut, Elvira: Mistress of the Dark!

Having just quit her job as a Los Angeles TV horror hostess, Elvira receives the unexpected news that she is set to inherit part of her great aunt Morgana’s estate. Arriving in the small town of Fallwell, Massachusetts to claim her inheritance, Elvira receives a less than enthusiastic reception from the conservative locals amongst them, her sinister uncle Vincent, who, unbeknownst to Elvira, is in fact an evil warlock secretly scheming to steal the old family spellbook for his own nefarious ends

Campy, quirky and stuffed to the brim with more double entendres than your average Carry On movie, 1988 s Elvira: Mistress of the Dark helped solidify the horror hostess (played by Cassandra Peterson) as a major pop culture icon, here owning every inch of the screen with her quick wit, sass, and of course, cleaving-enhancing gown! 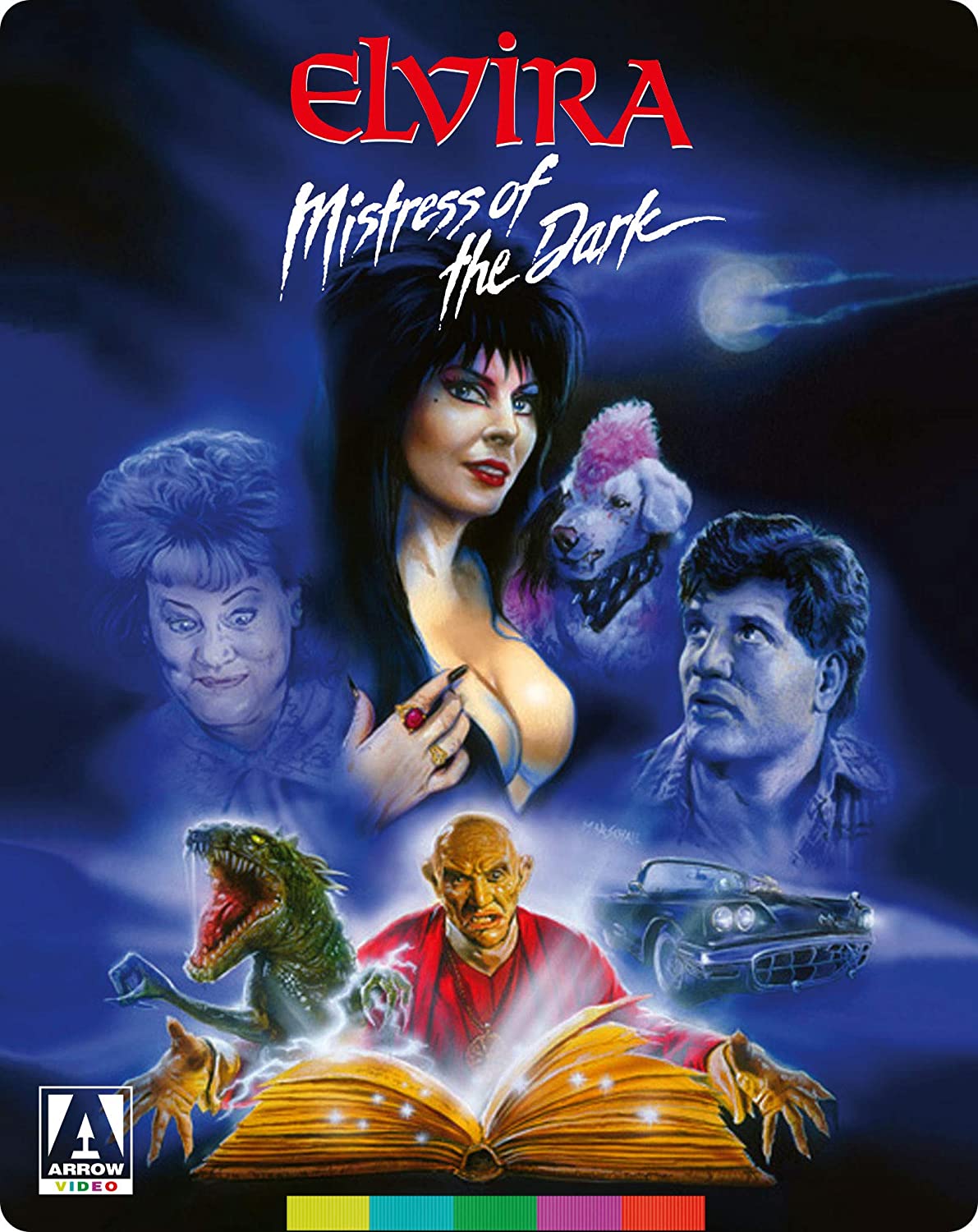 Leslie Chase will do anything it takes to push through his mega real estate development, even if it includes arranging the massacre of a Mexican native tribe to clear a patch of land. But no bad deed goes unpunished as, after murdering the tribe's chief in cold blood, Leslie's body and mind are taken over by the chief's vengeful spirit. Forced into committing a series of heinous murders Leslie's life is thrown into greater peril when a private detective, who has been hired to investigate the disappearance of one of his victims, begins to suspect that the elusive real estate tycoon is harboring a deadly secret... 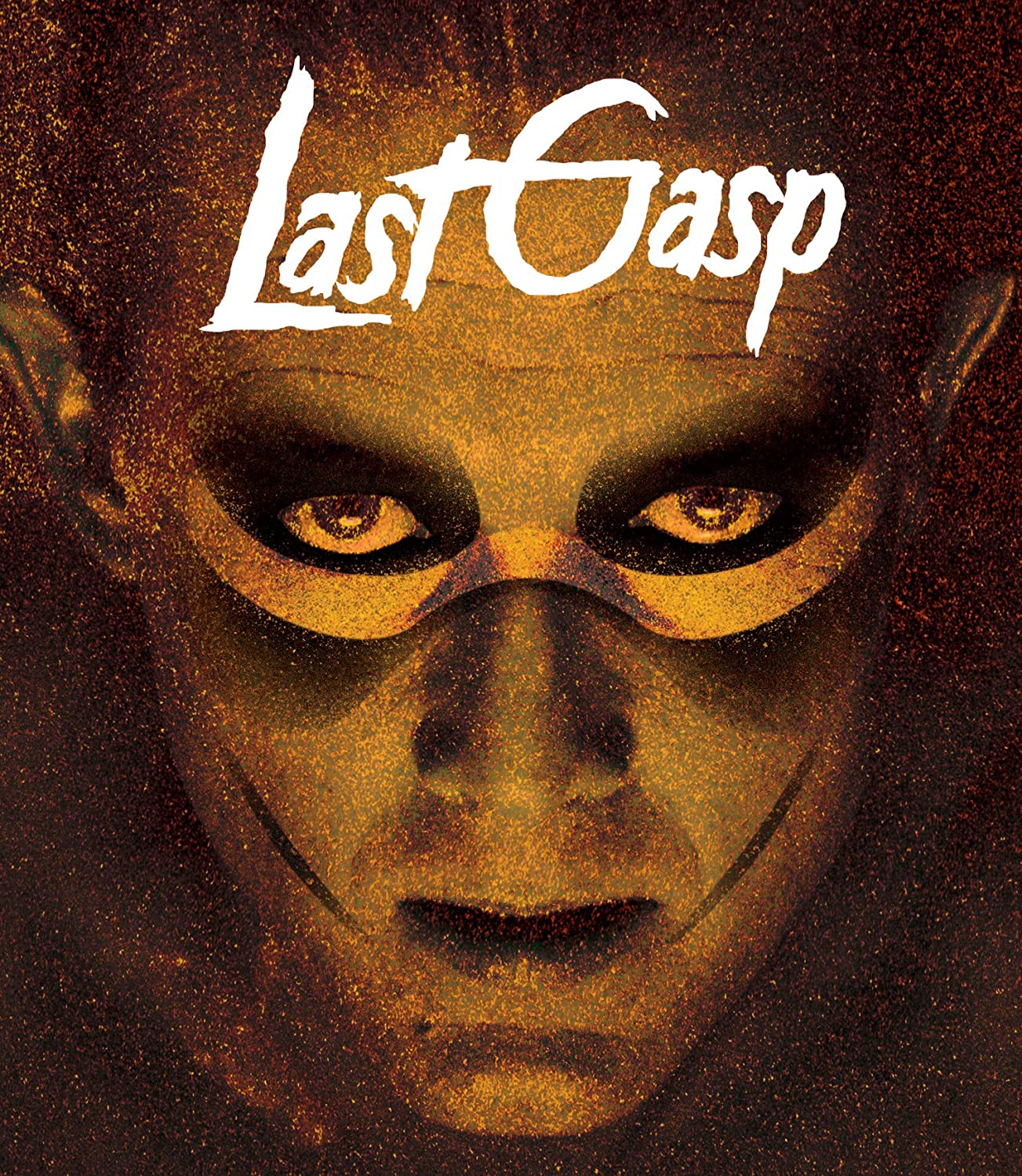 Scientists step through a time portal and travel 107 years into the future. They find a barren underground post- nuclear war world where a handful of "normal humans" are being attacked by mutants. Preston Foster (I Am a Fugitive from a Chain Gang, The Last Days of Pompeii), Philip Carey (Fighting Mad, The Seven Minutes), Merry Anders (Tickle Me), Steve Franken (Avalanche, Freeway), and Dennis Patrick (Heated Vengeance, Joe) star in this sci-fi classic. Now watch this thrilling adventure from a brand new 2020 2K scan! 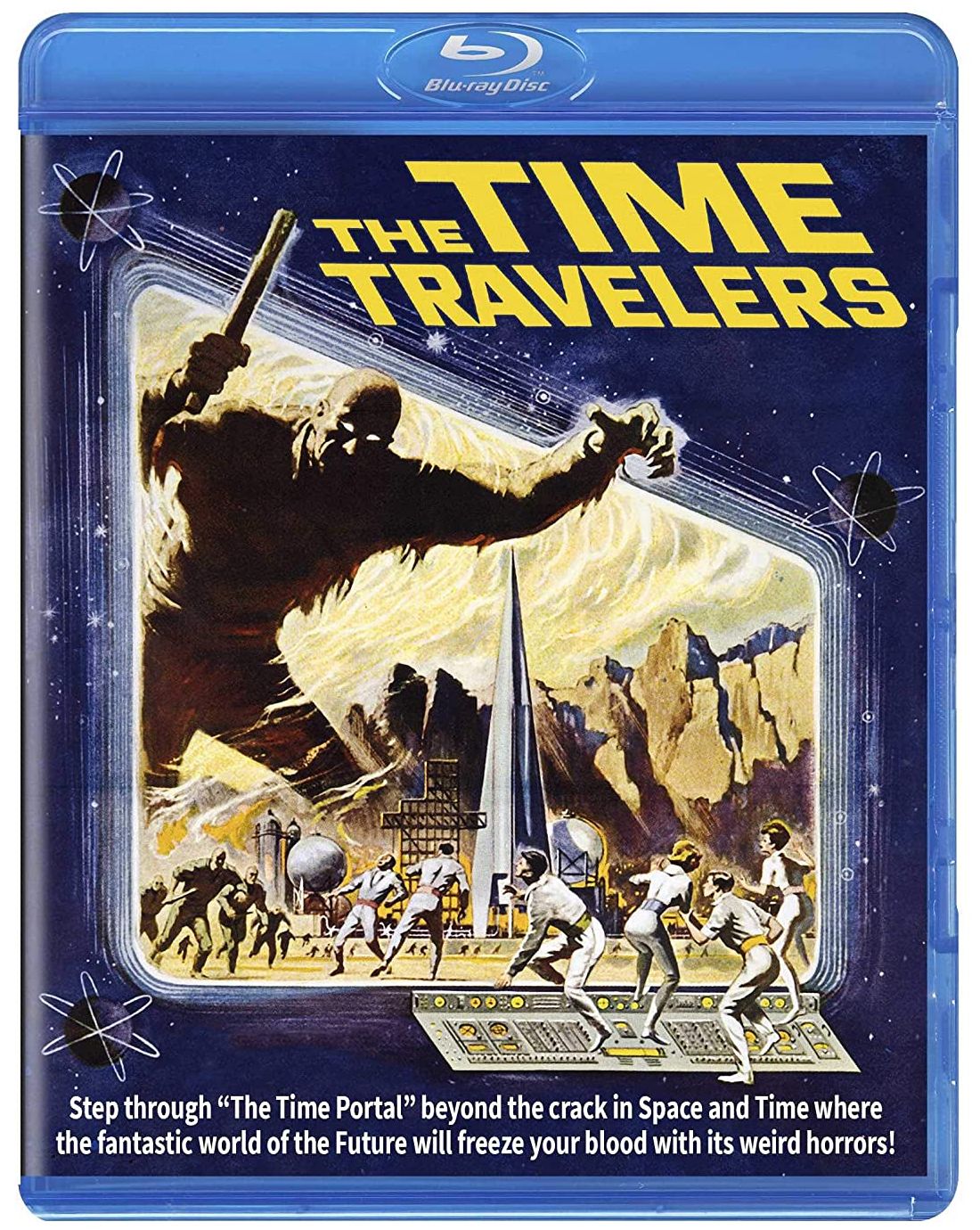 The Devil's Advocates an outlaw gang of Harley-riding hellions led by Adam (Stephen Oliver, The Naked Zoo, Motorpsycho!) and his old lady Helen (Donna Anders, Count Yorga, Vampire) troll the dusty highways of the American Southwest in search of the next great kick, whether it be sex, drugs, or violence. After dispatching a pair of rednecks unfriendly to their lifestyle, the Advocates run roughshod over a gas station before taking to the road again, where they encounter a cloistered sect of Satanic Monks led by high priest One (Severn Darden, Battle for the Planet of the Apes). A mass-drugging, a ritual sacrifice, a topless snake-dance, and a scene-clearing fistfight ensue but it's too late; the spell has been cast, and the two shall become... Werewolves on Wheels! Equal parts road movie biker pic and black magic monster flick, this cross-genre film marked the directorial debut of Michael Levesque (Sweet Sugar), art designer on Russ Myers films Beneath the Valley of the Ultra-Vixens and Up! Also starring Billy Gray (TV's Father Knows Best) and pop singer Barry McGuire (Eve of Destruction), Werewolves on Wheels defies classification. Is it art? Is it exploitation? The answer is a resounding yes. Now see this cult classic for the first time in HD! 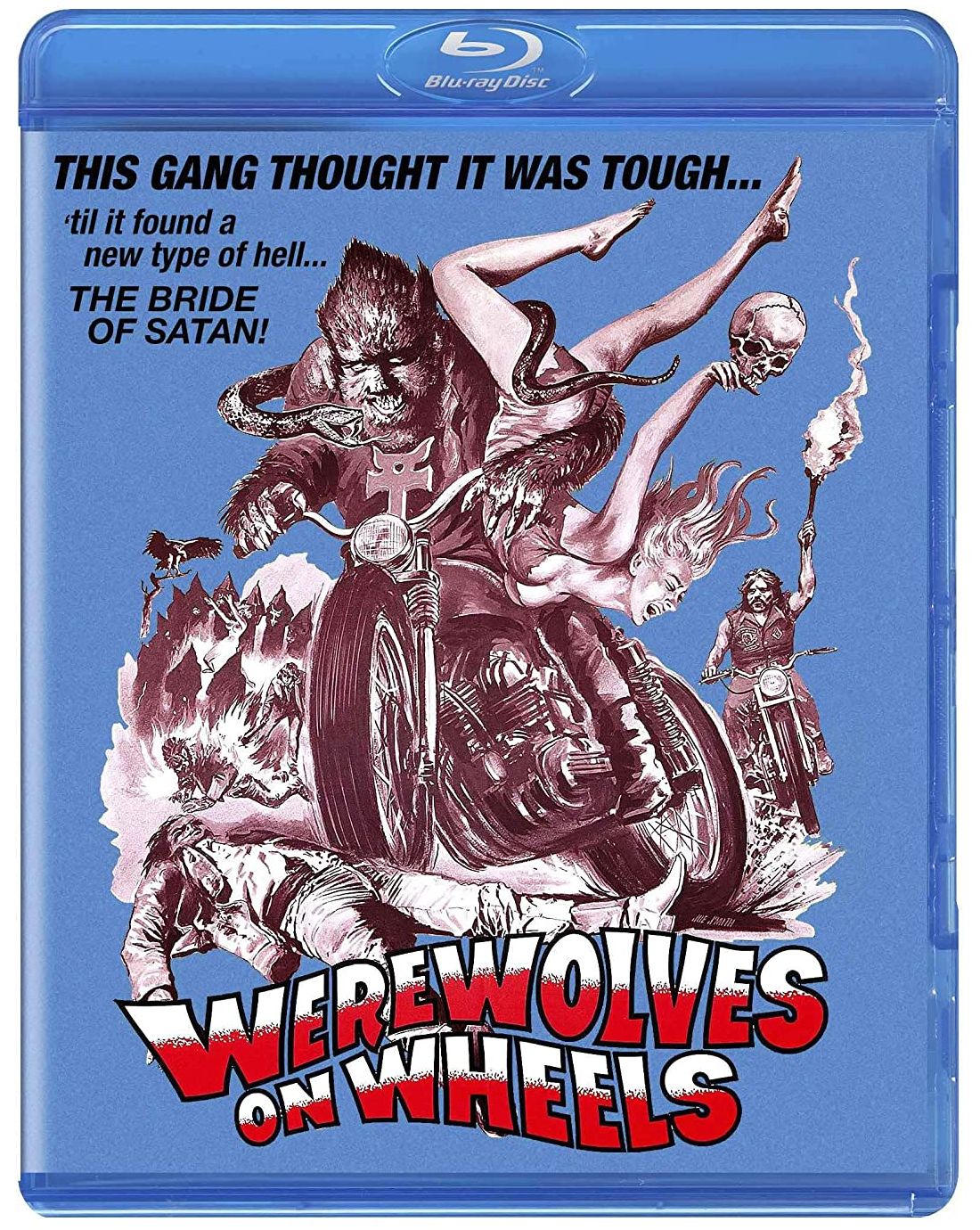 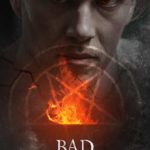 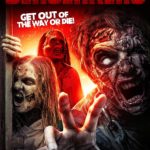 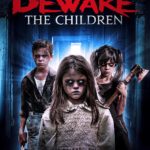 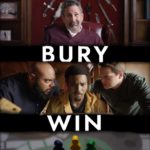 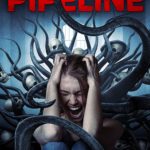 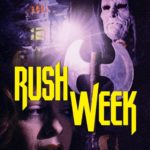