It’s a game I’ve played for some time, creating a soundtrack for each of my novels. I suppose once it was solely a distraction activity, and certainly an indulgence, but now it feels an important part of my writing process. After the first draft, and during the first readthrough to take stock, I start gathering tracks that evoke the tone of the novel, or the characters, or particular scenes. I often include references to specific music in my stories and books, and often they’ll make it into the soundtrack playlist, but not always – the soundtrack is usually less literal than that.

Like many writers, even if I begin a novel with a clear, detailed plan, that may only really cover plot and structure, whereas themes only emerge after the first draft. During a readthrough I’ll spot threads or commonalities, which will often have been included unconsciously, and then I’ll determine what the story is really about. On the second pass, I’ll end up drawing out these particular aspects. While I make notes about these thought processes, the soundtrack is very useful as an oblique reminder about my mindset. That is, if a piece of music begins to stand for a character or a scene, then increasingly I’ll find myself leaning towards that tone somehow each time I revisit it.

A nice outcome of all this is that I’m left with is a playlist that feels totemic, and which I think ought to support the novel in odd ways. There are no spoilers, and the soundtrack ought to work well as a teaser, I hope.

My novel, HOPE ISLAND, is about a British mother trying to reconnect with her daughter after her partner leaves them. Nina takes Laurie to Hope Island, off the coast of Maine, but is soon caught up in strange goings-on – creepy island children, an odd artistic retreat, an archaeological dig. Sound and soundscapes are very much a central concern of the novel, and like the novel, my soundtrack starts light and gets increasing weird.

Click here to listen to the HOPE ISLAND Spotify playlist. And here’s my reasoning behind the choices:

[Editor's Note: TIM MAJOR is the author of Snakeskins, You Don’t Belong Here, Blighters, Carus & Mitch, the YA novel Machineries of Mercy, the short story collection And the House Lights Dim, and a non-fiction book about the silent crime film, Les Vampires. His shorts have appeared in Interzone, Not One of Us and numerous anthologies including Best of British Science Fiction and The Best Horror of the Year. He lives in York, UK. He tweets @onasteamer. 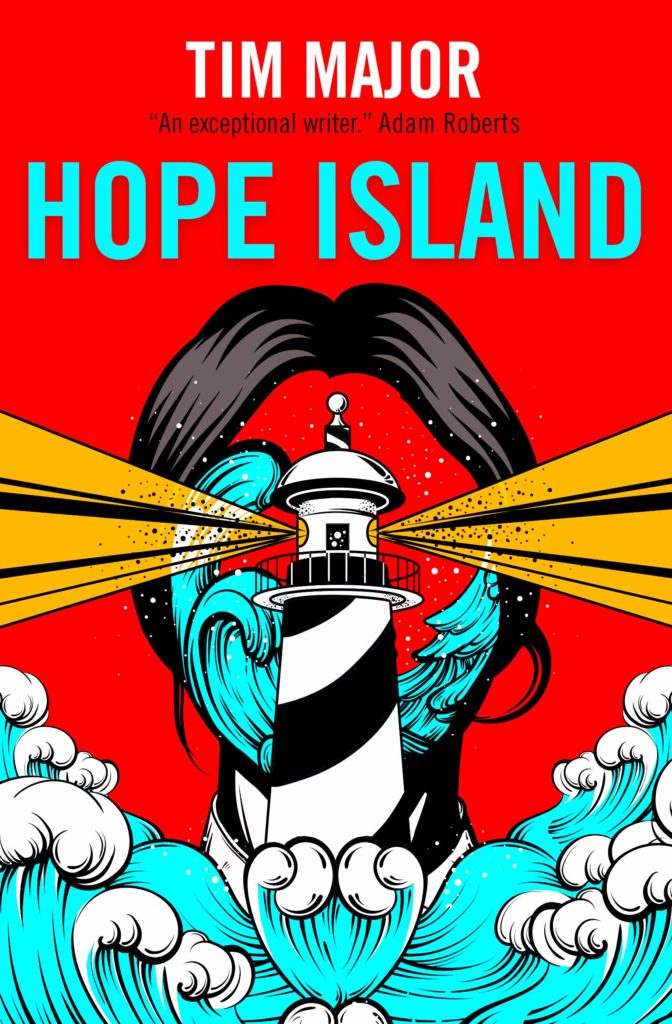