Back when we did our Class of 1986 series years ago, one of the films that I decided to champion was The Wraith from writer/director Mike Marvin, which I hadn’t really seen discussed a whole lot amongst genre fans. Hopefully, that will now change with the brand new Vestron Blu-ray that came out last week, because if there’s any justice in this world, this horror/action hybrid will finally end up on more folks’ radars with this new release. It may not be the most original genre movie to come out of the ‘80s, but considering its stellar cast, incredible soundtrack, and a handful of mind-blowingly great driving sequences, The Wraith is very much a movie that should earn a rediscovery phase now.

The Wraith tells the story of a teenager named Jamie who is murdered by a street-racing gang, led by the maniacal Packard (Nick Cassavetes). Soon after, newcomer Jake Kesey (Charlie Sheen) as well as a mysterious speed racer in a supernaturally-charged car both arrive in the small town of Brooks, Arizona, causing turmoil amongst Packard and his gang of ne’er do wells. Jake also happens to catch the eye of Keri (Sherilynn Fenn), who was the girlfriend of Jamie, and as their romance blooms, Packard becomes incensed by their connection. Meanwhile, the clandestine racer begins to take down members of the gang leader’s group, culminating in an epic showdown where the stakes couldn’t be higher.

It’s pretty rare to see a supernaturally-infused racing movie these days, or any days really, which is why The Wraith feels like something of a rare gem (I recently pondered how great it would be if the Fast & Furious franchise took that route, and I stand by that). Marvin was undoubtedly inspired by films like Duel and Mad Max, as well as John Carpenter’s early filmography, when writing and directing The Wraith, and I don’t feel like it’s a huge stretch to say that some of the movie’s score from composers Michael Hoenig and J. Peter Robinson definitely feels inspired by a number of Carpenter’s synth scores, too (especially Christine). But for as much as The Wraith wears its influences very lovingly on its sleeve, there’s also something very unique about the story and Marvin’s approach, which is probably why I enjoy it as much as I do.

It’s also worth noting that The Wraith was an independent production, which makes the ambition that you see on the screen here even more impressive, considering everything that the cast and crew were able to pull off here. Sadly, there was a horrific accident that occurred during filming one of The Wraith’s more dangerous driving scenes, which cost camera operator Bruce Ingram his life, and it’s hard not to think about that huge loss of life while watching the movie now.

As far as the cast goes, you can’t get much better than the talent assembled here for The Wraith. There’s Charlie Sheen who was just about to breakthrough with Platoon later that year, the incomparable Sherilyn Fenn, Nick Cassavetes (who would go on to become a hugely successful director in his own right), the endlessly watchable Clint Howard, a wholly committed Randy Quaid as Sheriff Loomis (*cough* Halloween *cough*), and Griffin O’Neal, who also appeared in April Fool’s Day that year, too. And if you need just one more reason to check out The Wraith, it has an absolutely killer soundtrack that features the likes of Ozzy Osbourne, Robert Palmer, Billy Idol, Bonnie Tyler, Mötley Crüe, and more.

As far as this Vestron Video release goes, The Wraith looks amazing here (I’ve only ever seen it on VHS forever ago, and then on a streaming platform, so the quality I’ve seen in previous viewings was definitely subpar compared to how it looks in this Blu). This release also includes several special features too, including a commentary track with Marvin which was both engaging and informative, a couple of featurettes that go into some of the technical aspects of the film, including the making of “The Interceptor,” which was the car driven by the titular spectre, The Wraith’s visual effects and an interview with Clint Howard as well. There’s also a video featuring Chris from Mobile Instinct going into the filming locales from The Wraith, which was fine, but felt a little long considering there’s not much left to explore. As I did a little research, I figured out that most of these special features were included with a DVD release of the film back in 2010, so if you’re a fan in search of new material, this release might not do it for you. But if you’re just wanting to have a great presentation of The Wraith, I’d highly recommend nabbing this release then. 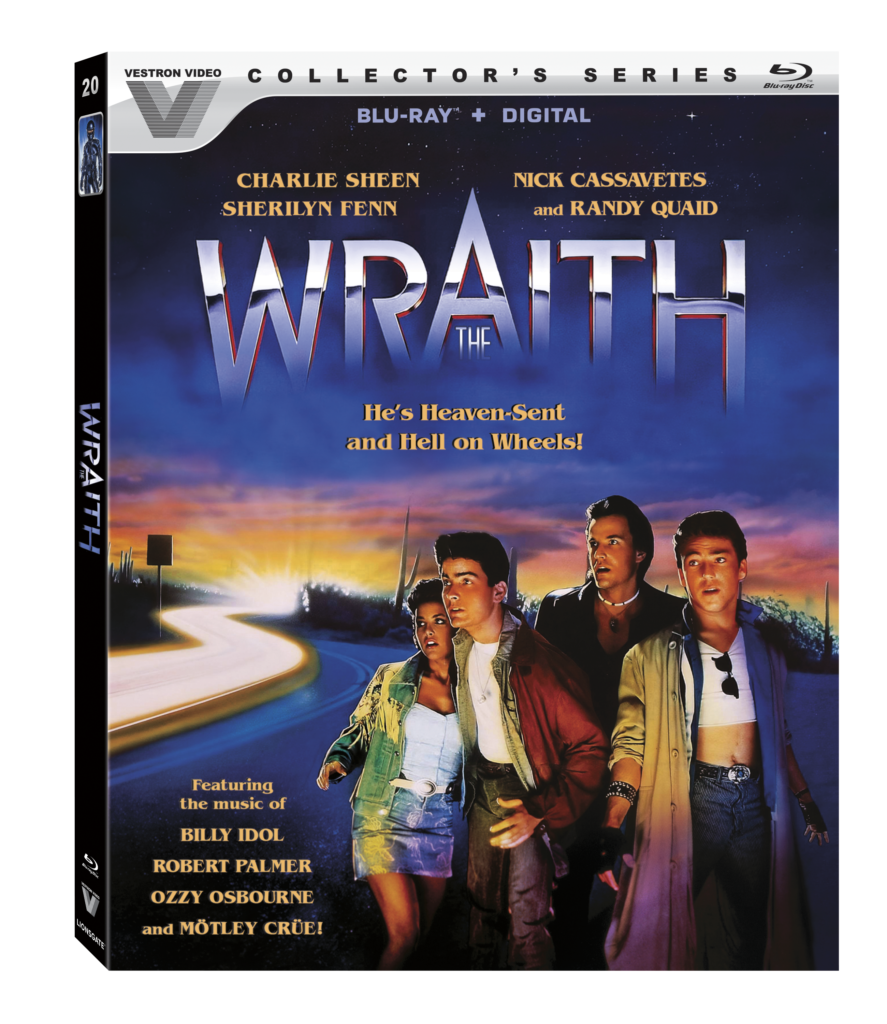