Today sees the launch of The Literary Tarot campaign on Kickstarter, pairing some of the world's best authors and artists for a great cause: the Brink Literacy Project!

This project tasked authors with pairing a tarot card with a seminal book that embodies the meaning of the arcana and we are exclusively revealing horror authors that are taking part in this project, along with the novel and card they have chosen:

“One of the things that surprised me the most was just how welcoming the tarot community is. When we started this project, we knew that we had the literary side covered—we’ve been nurturing stories for nearly fourteen years, after all—but for many of us, tarot was a whole new world. Although we knew we could bring the art and stories to life correctly, it was incredibly important to us to not just make something lit geeks would love, but something that those who adore tarot would also connect with!

So we formed a team of tarot experts, from new readers to life-long tarot lovers. None of these amazing humans mocked our learning curve. They were excited to teach us, to jump on late-night zoom calls to chat out the suit pairings, to make sure we were creating a project that was inclusive, thoughtful, and creative.”

The Literary Tarot campaign will run throughout the month of June and we have a look a three cards below to give you an idea of what to expect from this set. To support the campaign, visit Kickstarter: https://www.kickstarter.com/projects/brinklit/the-literary-tarot 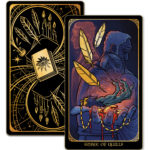 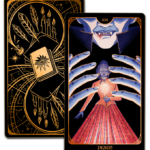 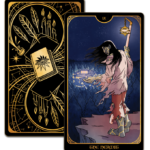 Press Release: Brink Literacy Project, a nonprofit organization dedicated to changing the world through storytelling, is launching a Kickstartercampaign for The Literary Tarot. This is an ambitious and unusual collaboration with some of the greatest authors and cartoonists of our time who have been asked to pair a tarot card with a seminal book that embodies the meaning of the arcana. Working with the storytellers and a diverse and talented art team, Brink Literacy Project has tapped into the magic of classic literature to bring a whole new kind of tarot deck to life.

The Literary Tarot deck will feature the complete set of all 78 tarot cards, illustrated with a stunning limited palette and foil accents.

For the Minor Arcana, each suit is renamed to reflect the literary tools that brought them to life (Ink, Quills, Light, and Parchment). Minor Acana Pairings include:

The artists for Literary Tarot are:

“Books have always been magical portals to other worlds,” said Brink Literacy Project CEO Dani Hedlund. “In their pages, we unearth countless insights and secrets, inspiration and cautionary tales. Like us, these characters face uncertain futures, Towers rising up in their path or the Wheel of Fortune pushing them toward greater fates. As any great tarot reader knows, we can always change the trajectory of our choices. As we delve into how these classic heroes and villains handle life’s trials and temptations, so too can we divine our own futures.”

More pairings will be announced throughout the month of the campaign, including pairings from bestselling comic book writers Brian Bendis (Cover), Emill Ferris (My Favorite Thing is Monsters), Christopher Golden (Lady Baltimore), Jonathan Hickman (X of Swords),  Tini Howard (Excalibur) and Greg Rucka (The Old Guard). For updates about the project, follow The Literary Tarot on Twitter.

The Literary Tarot campaign will run throughout the month of June. To support the campaign, visit Kickstarter: https://www.kickstarter.com/projects/brinklit/the-literary-tarot 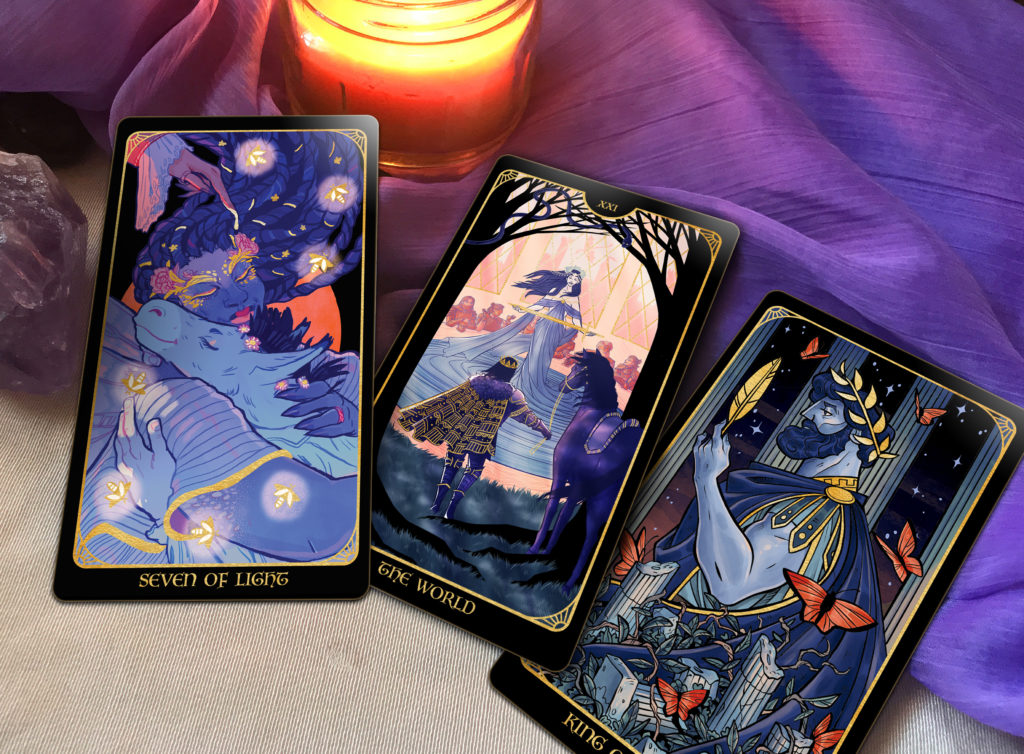