CANDYMAN Poster and Teaser Footage, Ahead of Thursday’s Trailer Release

It's been announced that we'll be getting the first trailer for the new Candyman this Thursday! But, before then, we still have a few goodies for fans that can't stand the wait. A brand new poster has been released, which you can see below and the social channels for Candyman have been opened, with a recent Tweet asking fans to Tweet #Candyman five times. It also gives us a tease of the first footage from the film:

Dare to say his name.

Candyman is directed by Nia DaCosta, written by Jordan Peele and Win Rosenfeld, and stars Yahya Abdul-Mateen II, Teyonah Parris, Nathan Stewart-Jarrett, Colman Domingo, and Tony Todd. The movie will be released to theaters on June 12th and check back this Thursday for a first look at the trailer. 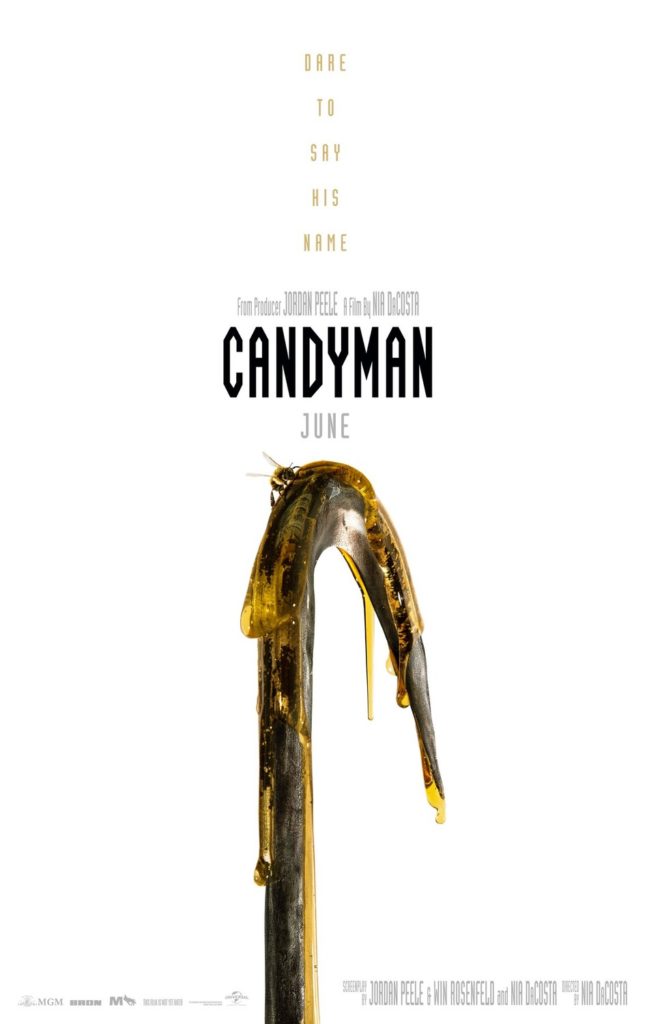