Killer nurse Annie Wilkes was just one of many familiar characters introduced in the second season of Hulu's new take on the charming (and sinister) town featured in many of Stephen King's stories, and following its premiere on the streaming service, Castle Rock: The Complete Second Season is coming to Digital on January 21st, followed by a Blu-ray and DVD release on May 19th from Warner Bros. Home Entertainment:

Press Release: BURBANK, CA (January 14, 2020) – Get set for another visit to Castle Rock, the small town that’s inhabited by author Stephen King’s most infamous literary characters, when Warner Bros. Home Entertainment (WBHE) releases Castle Rock: The Complete Second Season, on Blu-ray™ and DVD May 19, 2020. The release of the second season of Warner Bros. Television’s critically acclaimed series will feature all 10 episodes, plus all-new bonus content. Castle Rock: The Complete Second Season is priced to own at $24.98 SRP ($29.98 in Canada) for the DVD and $29.98 SRP ($39.99 in Canada) for the Blu-ray™ which includes a Digital Code (US Only).

The second season of Castle Rock, from Bad Robot Productions in association with Warner Bros. Television, will be available to own on Digital January 21, 2020 in the US. Consumers can enjoy all 10 episodes in high definition or standard definition along with never-before-seen bonus content with the purchase of the complete season $24.99 HD / $18.99 SD retail. In Canada, Digital is available now at $29.99 HD / $19.99 SD retail for the complete season.

“Author Stephen King has given us such an abundance of iconic characters and extraordinary stories. Castle Rock is a celebration of his remarkable literary accomplishments. Whether you

know King’s work or have never read any of his stories, Castle Rock will keep you at the edge of your seat from start to finish,” said Rosemary Markson, WBHE Senior Vice President, TV Marketing. She added, “The series is beautifully shot, with high production values and superb acting performances. It’s a series you won’t want to miss.”

From Stephen King (Mr. Mercedes, It, 11.22.63) and J.J. Abrams (Star Wars: The Rise of Skywalker, Westworld, 11.22.63), Castle Rock is a psychological-horror series set in the Stephen King multiverse. Castle Rock, which first premiered on Hulu, combines the mythological scale and intimate character storytelling of Stephen King’s best loved works, while weaving an epic saga of darkness and light that’s played out on a few square miles of Maine woodland. The fictional Maine town of Castle Rock has figured prominently in King’s literary career: Cujo, The Dark Half, IT and Needful Things, as well as novella The Body and numerous short stories (Rita Hayworth and Shawshank Redemption) are set there. Castle Rock is an original suspense/thriller – a first-of-its-kind reimagining that unites King’s themes and worlds, and brings together the author’s most iconic and beloved characters.

Based on characters and situations created by Stephen King, Castle Rock was developed for television by Sam Shaw (Manhattan, Masters of Sex) and Dustin Thomason (Manhattan, Lie to Me) who serve as executive producers along with J.J. Abrams, Stephen King, Ben Stephenson (Westworld), Greg Yaitanes (The Twilight Zone), Vince Calandra and Liz Glotzer. The series is from Bad Robot Productions in association with Warner Bros. Television.

Stephen King is one of the world’s most prolific authors, having published over 50 books in an illustrious career that spans more than 40 years. His works have been adapted for theatrical motion pictures and television more than 50 times.

The second season of Castle Rock will be available to own on Digital on January 21, 2020 (US). Digital allows consumers to instantly stream and download all episodes to watch anywhere and anytime on their favorite devices. Digital is available from various retailers including Apple TV, Amazon Video, Google Play, Vudu, PlayStation, Xbox and others.

Warner Bros. Home Entertainment (WBHE) brings together Warner Bros. Entertainment's home video, digital distribution and interactive entertainment businesses in order to maximize current and next-generation distribution scenarios. An industry leader since its inception, WBHE oversees the global distribution of content through packaged goods (Blu-ray Disc™ and DVD) and digital media in the form of electronic sell-through and video-on-demand via cable, satellite, online and mobile channels, and is a significant developer and publisher for console and online video game titles worldwide. WBHE distributes its product through third party retail partners and licensees. 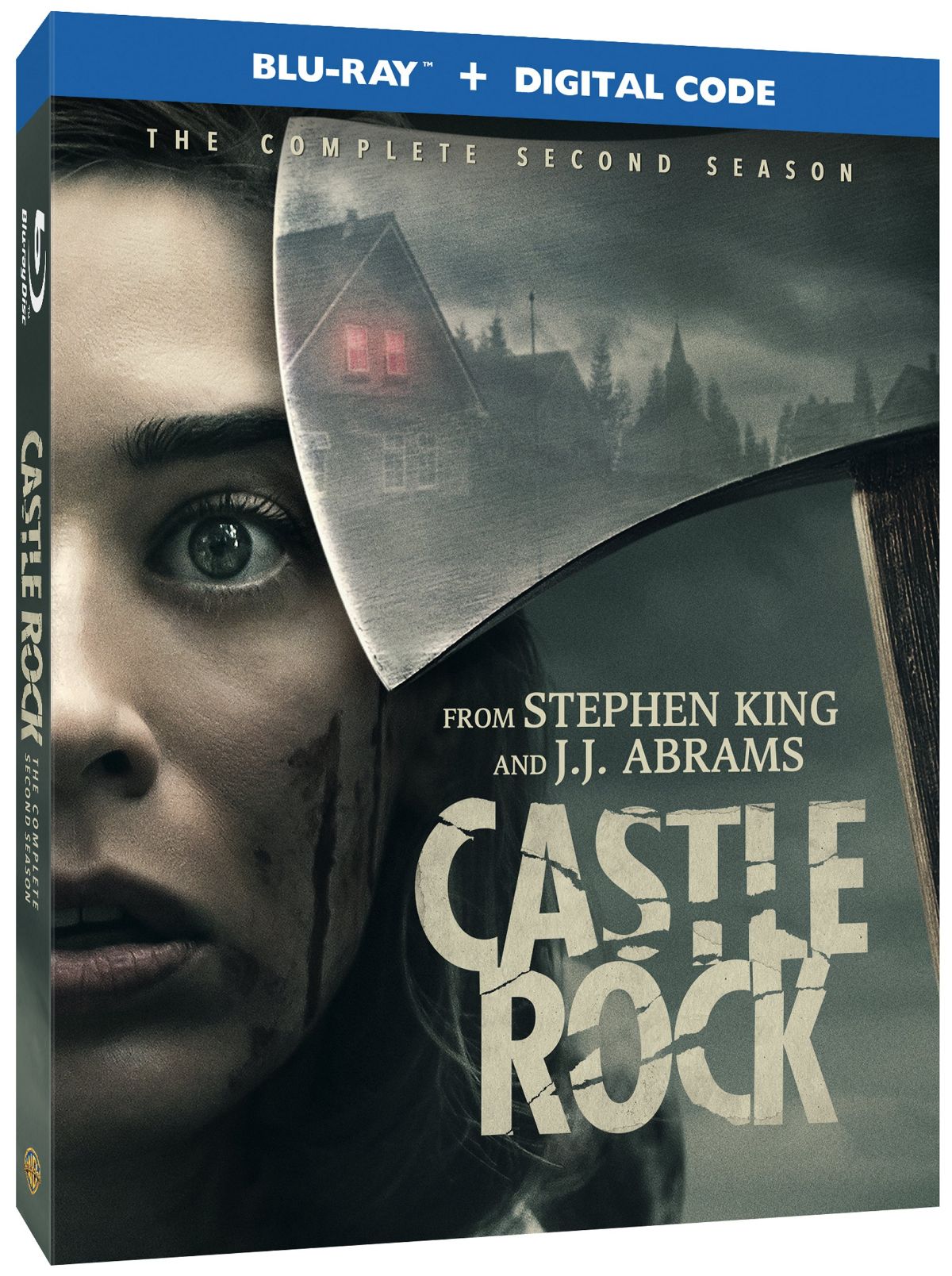