Back in June it was announced that Lionsgate and Egan Escape Productions were teaming up for the Escape Blair Witch immersive experience in Las Vegas, and with reservations now open, we have a look at the intense trailer for Escape Blair Witch that stars and is directed by Danielle Harris, and we also have exclusive photos for Daily Dead readers to enjoy!

Below, you can check out the official press release, exclusive photos, and the Escape Blair Witch trailer that was directed by Danielle Harris, who stars alongside Sarah Nicklin and Mark Lawson, with Jason Egan and Sugar Studios producing.

The experience’s heart pounding official trailer also drops today and is filmed at the new immersive escape experience. The trailer is directed by and starring Hollywood’s scream queen Danielle Harris, features Sarah Nicklin and Mark Lawson and is produced by Jason Egan and Sugar Studios.

“We designed Escape Blair Witch as a ‘speakeasy style attraction’, said Jason Egan, owner of Egan Escape Productions, “From the outside, the building looks like an old ranger’s station with no mention of the Blair Witch.”  Players arrive as volunteers to help search for some local students who have gone missing in the forest. As they work their way through multiple scenes throughout the ranger’s station, the forest, and the old house in the woods, they quickly learn that they have become victims themselves and must work to escape the clutches of the Blair Witch.

Due to high demand, limited space and COVID-19 protocols, reservations are required in advance. Private VIP games are available, as well as packages for Birthdays, Bachelor/Bachelorette Parties, Team Building, and more. For more information or to book reservations please visit www.escapeblairwitch.com.

Combining the STARZ premium global subscription platform with world-class motion picture and television studio operations, Lionsgate (NYSE: LGF.A, LGF.B) brings a unique and varied portfolio of entertainment to consumers around the world.  Its film, television, subscription and location-based entertainment businesses are backed by a 17,000-title library and the largest collection of film and television franchises in the independent media space.  A digital age company driven by its entrepreneurial culture and commitment to innovation, the Lionsgate brand is synonymous with bold, original, relatable entertainment for the audiences it serves worldwide.

Throughout the years Jason Egan and the creative team at Egan Escape Productions have created and launched top-ranked attractions across a variety of industries. From creating and launching well known haunted mega-attractions in the heart of Sin City including Fright Dome Las Vegas to achieving success with venues across the world in Hong Kong and other thriving tourist markets, Egan Escape Productions meets every challenge with a creative and effective solution to grow and thrive. Egan and his creative team of experts have excelled at transforming their attractions into truly immersive “experiences” that make guests feel as though they have stepped into a different world or onto the set of their favorite movie. 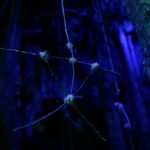 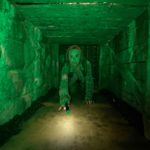 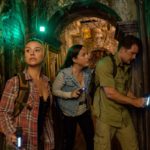 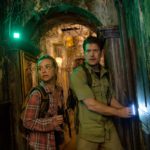 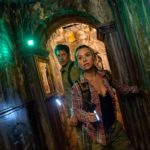 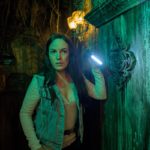 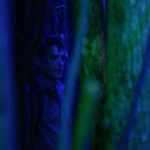