If you read our Favorites of 2020 lists, then you know we're diehard fans of Christopher Landon's Freaky (which he co-wrote with Michael Kennedy) here at Daily Dead, and if you haven't yet caught up with Landon's latest (or you want to watch it again and again like me), then you'll be pleased to know the film is coming to Digital on January 26th, followed by a Blu-ray and DVD release on February 9th.

Below, we have a look at the cover art and full home media release details for Freaky, which includes an audio commentary by Landon and a bunch of other behind-the-scenes bonus features! Also, in case you missed it, check out Heather Wixson's review and interviews with Landon and Kathryn Newton!

Press Release: Universal City, California, January 19, 2021 – Prepare for a FREAKY take on the body-swap movie which only Blumhouse, makers of Happy Death Day & The Purge franchise, could bring: a teenage girl switches bodies with a relentless serial killer! From the deliciously debased mind of writer-director Christopher Landon (Happy Death Day, the Paranormal Activity franchise) and prolific horror producer Jason Blum (Halloween, The Purge franchise), comes a horror-comedy about a stalker, a high school senior, and the brutal truth about surviving high school available on Digital on January 26 and on Blu-ray™ and DVD on February 9. FREAKY is “the most purely enjoyable horror movie made in years” (David Sims, THE ATLANTIC). Hailed as “an absolute blast - fun, frantic, horror/comedy mash-up” (Drew Taylor, COLLIDER), the Killer Switch Edition continues the fun and scares with exclusive bonus content including deleted scenes, a behind-the-scenes look at the making of the film and a feature commentary with Co-writer/Director Christopher Landon. With an 83% "fresh" score on Rotten Tomatoes and critical praise for Vaughn and Newton as “the new killer comedy scream team” (Rachel Smith, CELEBRITY PAGE), Vaughn won a Critics Choice Super Award for Best Actor in a Horror Movie.

High school senior Millie (Kathryn Newton, Blockers, HBO’s “Big Little Lies”) is just trying to survive being the unpopular kid when she becomes The Butcher’s (Vince Vaughn, Wedding Crashers, Couples Retreat) next target. Their fateful encounter gets twisted and wake up in each other’s bodies. Now looking like a towering psychopath, Millie learns she only has 24 hours to reverse the curse and get her body back before the switch becomes permanent and she’s trapped in the form of a middle-aged maniac forever. With some help from her friends—ultra-woke Nyla (Celeste O’Connor, Ghostbusters: Afterlife), ultra-fabulous Joshua (Misha Osherovich, The Goldfinch) and her crush Booker (Uriah Shelton, Enter the Warriors Gate)—Millie races against the clock to reverse the curse while The Butcher discovers that having a female teen body is the perfect cover for a little Homecoming killing spree.

The Butcher Lends a Hand

Late for the Party 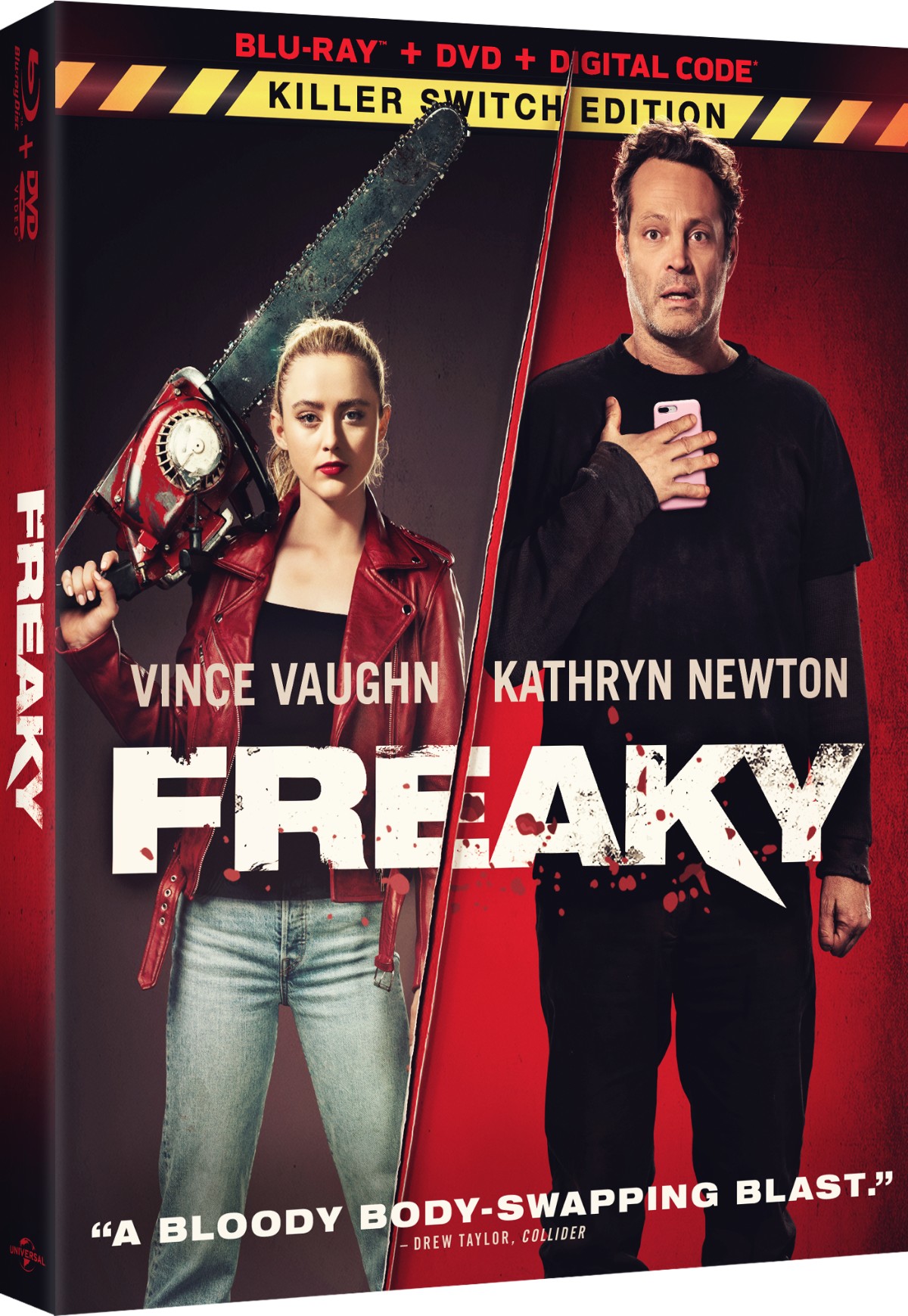