CHUCKY Has Been Renewed for Second Season!

If you aren't already watching Chucky, make sure to catch up as it's easily one of this year's best new releases! With it's Season 1 finale taking place this week, thankfully, we won't have to wait for a Season 2 announcement, as SYFY & USA have officially revealed that Chucky has been renewed for a second season! Here's what Don Mancini had to say:

"We’re thrilled to start pulling the strings on a second season of puppet mayhem with ‘Chucky' ...Many thanks to our partners at USA, SYFY and UCP for their incredible support and guidance bringing ‘Chucky’ to the small screen, bigger than ever. And to the fans, Chucky sends his still-undying thanks and a message: ‘This isn’t over, not by a long shot. You better watch your backs in 2022!’”

Along with the announcement, it was revealed that Chucky will be available on Peacock starting on December 1st, so those that picked up a subscription for Halloween Kills can jump on that later this week. We've been provided with a Season 2 announcement image and video, which we've included below! 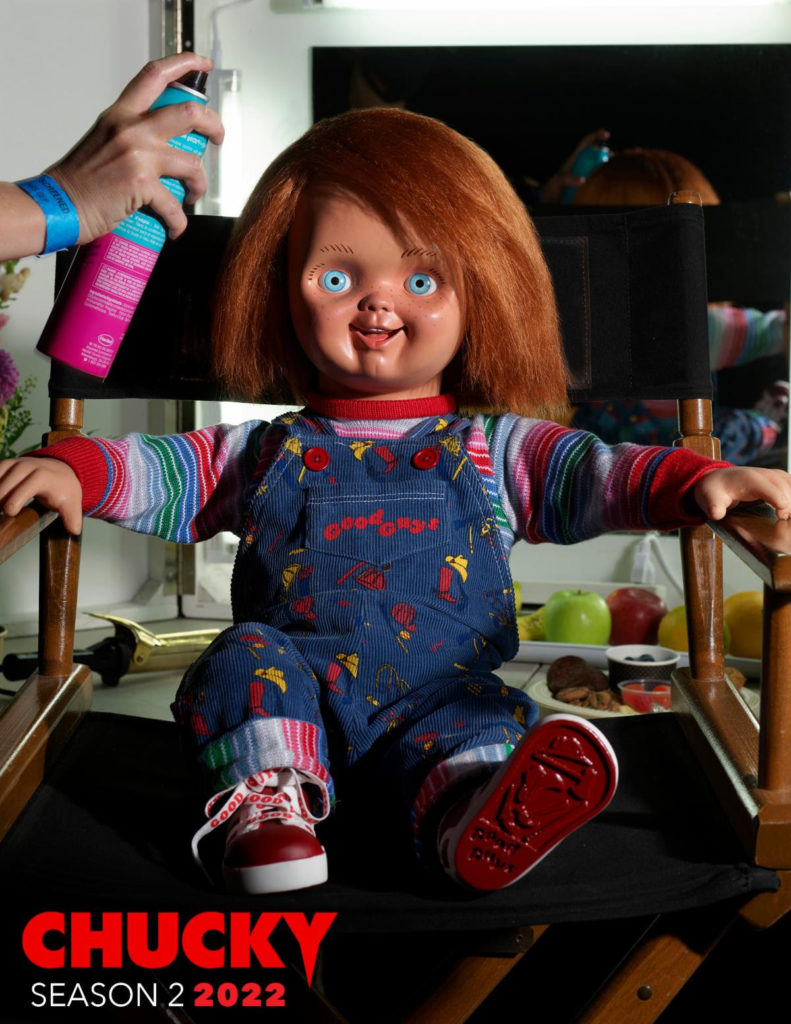