Contest: Win ANYTHING FOR JACKSON on Blu-ray

A grandma and grandpa look to conduct a "reverse exorcism" to bring their grandson back from the grave in Anything for Jackson, and with the horror movie coming to VOD, Digital, DVD, and Blu-ray on June 15th from RLJE Films (following its release on Shudder), we've been provided with two Blu-ray copies to give away to lucky Daily Dead readers!

Prize Details: (2) Winners will receive (1) Blu-ray copy of Anything for Jackson.

Entry Details: The contest will end at 12:01am EST on June 16th. This contest is only open to those who are eighteen years of age or older that live in the United States. Only one entry per entry method, per household will be accepted.

Press Release: RLJE Films, a business unit of AMC Networks, has picked up select rights to the horror film, ANYTHING FOR JACKSON, from Shudder, AMC Networks’ premium streaming service for horror, thriller and the supernatural. RLJE Films will release

Directed by Justin G. Dyck (Christmas With a Prince) and written by Keith Cooper (A Witches’ Ball), ANYTHING FOR JACKSONstars Sheila McCarthy (The Broken Hearts Gallery, Die Hard 2), Julian Richings (Spare Parts, Man of Steel), Konstantina Mantelos (“Miss Misery”, “Paranormal 911”) and Yannick Bisson (“Murdoch Mysteries”). RLJE Films will release ANYTHING FOR JACKSON on DVD for an SRP of $27.97 and Blu-ray for an SRP of $28.96.

In ANYTHING FOR JACKSON, after a tragic car accident that took their grandson’s life, Audrey and Henry are unable to go on without him. Following the guidance of their ancient spell book, the elderly couple decide to abduct a young pregnant woman with the intention of performing a "reverse exorcism” to channel their grandson’s spirit inside her unborn child. But when it becomes clear the ritual has called upon more than one spirit, the couple realize they have summoned more than they bargained for and must put an end to the evil entity they’ve invoked. 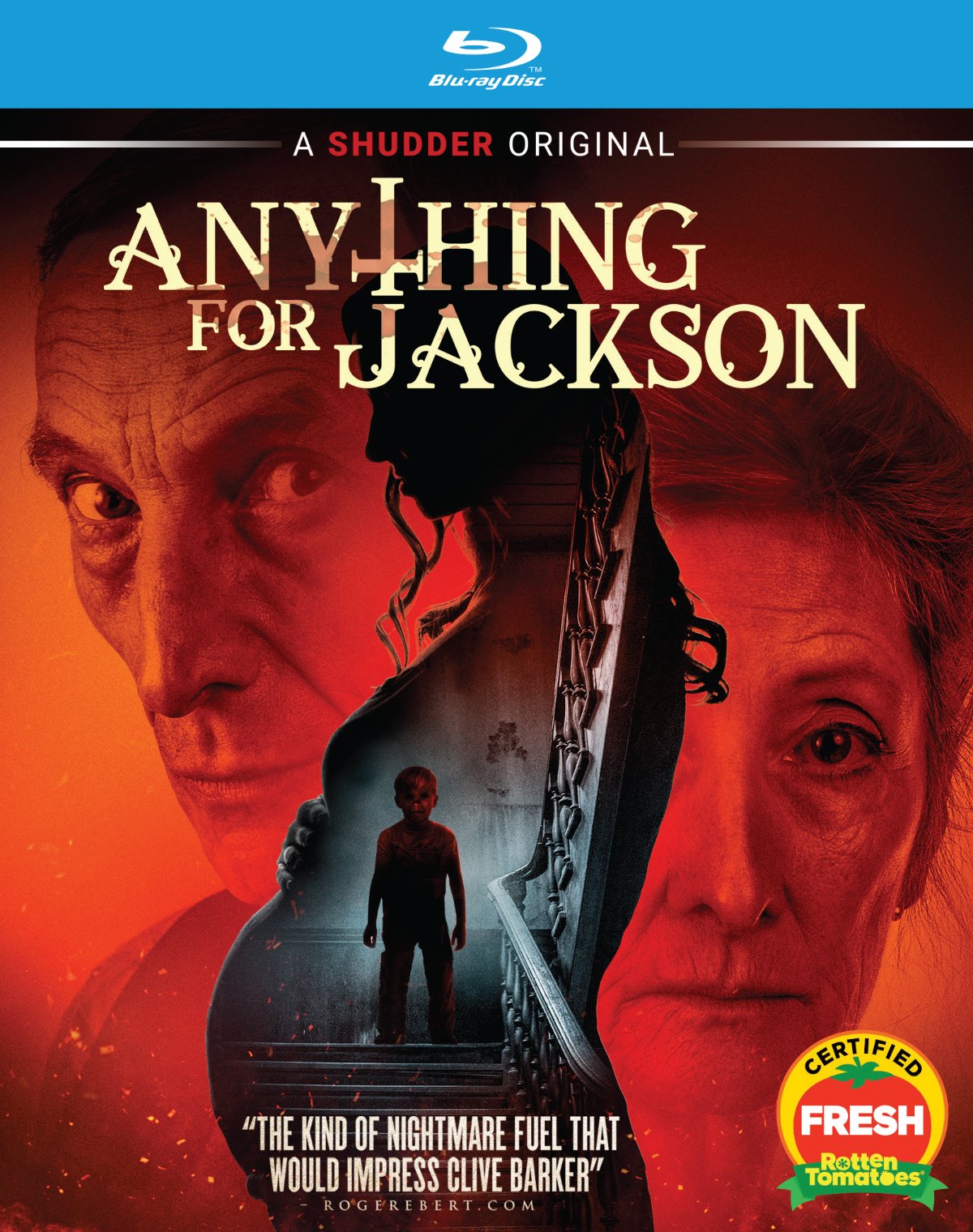