In the aftermath of a horrible accident, a psychologist receives a new arm that comes with its own killer agenda in Body Parts. Scream Factory is bringing the 1991 film to Blu-ray for the first time on January 28th, and to celebrate, we've been provided with three copies to give away to lucky Daily Dead readers!

2. Email: For a chance to win via email, send an email to contest@dailydead.com with the subject “Body Parts Contest”. Be sure to include your name and mailing address.

Entry Details: The contest will end at 12:01am EST on February 3rd. This contest is only open to those who are eighteen years of age or older that live in the United States. Only one entry per entry method, per household will be accepted.

Body Parts Blu-ray: "From Eric Red, the writer of The Hitcher and Near Dark, comes this tale of a medical experiment gone very wrong.

Bill Chrushank is a criminal psychologist who loses his arm and nearly his life in a grisly car accident. A daring medical operation follows, in which a donor's arm is successfully grafted onto Bill's body. But after the operation, the arm starts to take on a violent life of its own, striking out against Bill's wife and children. Consumed by fears about his dangerous behavior, Bill is driven to learn the donor's identity – and makes a horrifying discovery that delivers him into a world of unimaginable terror. Written and directed by Eric Red (Cohen & Tate, Bad Moon), this thriller stars Jeff Fahey (Alita: Battle Angel) and Brad Dourif (Child's Play, Graveyard Shift). 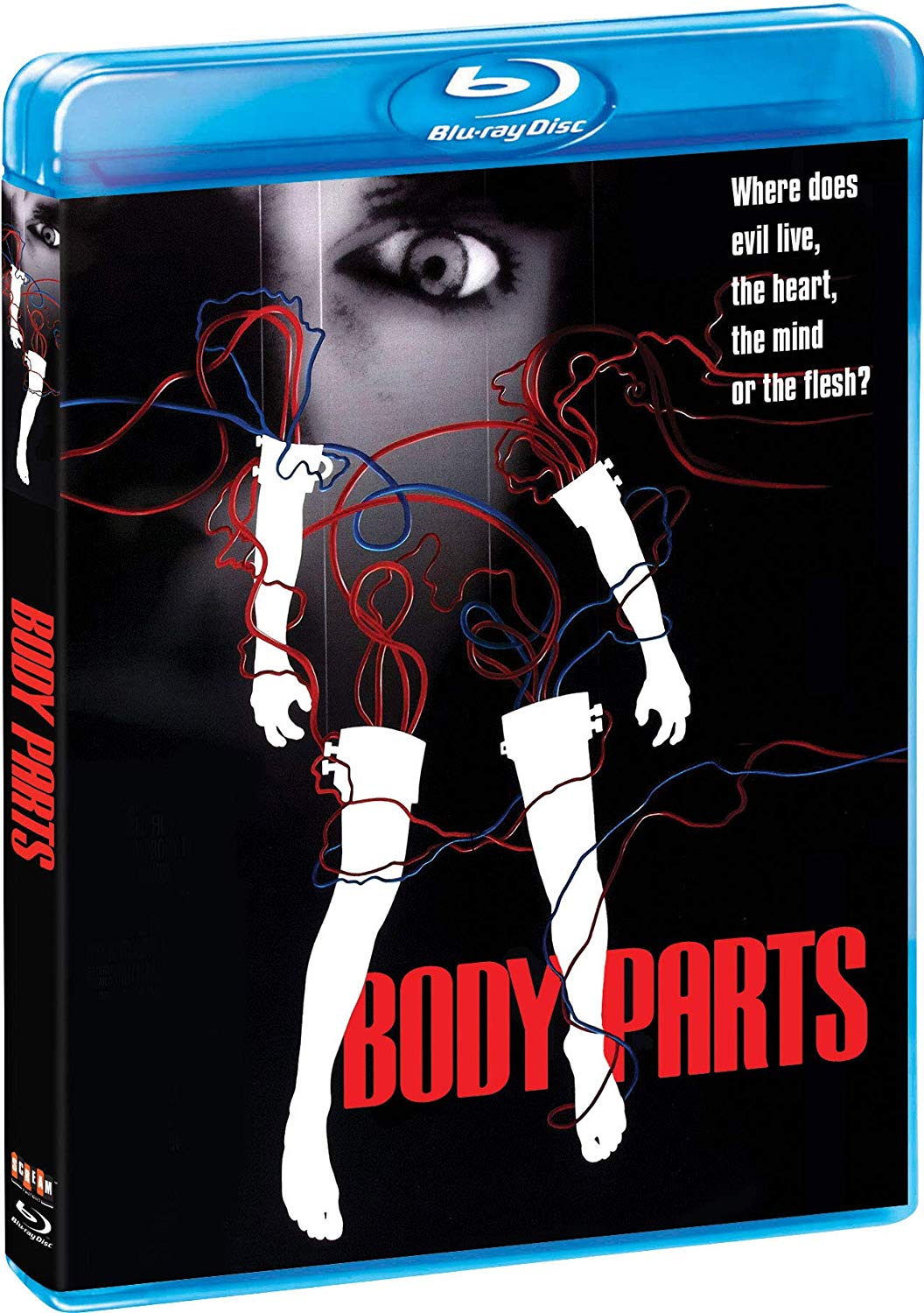