Inspired by the living dead legacy of George A. Romero, SYFY's Day of the Dead series will premiere on October 15th, introducing viewers to a new group of survivors trying to make it through the first 24 hours of a zombie uprising. To commemorate this heartfelt ode to the Godfather of the Dead, artist "Ghoulish" Gary Pullin has teamed up with SYFY to create a new Day of the Dead poster, and we're celebrating by giving away five posters to lucky Daily Dead readers!

How to Enter: There are several ways to enter for a chance to win the new Day of the Dead poster:

Email: For a chance to win via email, send an email to contest@dailydead.com with the subject “Day of the Dead Poster Contest”. Be sure to include your name and mailing address.

Twitter: Follow @DailyDeadNews and be on the lookout for "retweet to win" opportunities for additional chances to win the Day of the Dead poster!

Entry Details: This contest is only open to those who are eighteen years of age or older that live in the United States. Only one entry per entry method, per household will be accepted.

In addition to our giveaway, be on the lookout at comic shops throughout the United States, as SYFY has teamed up with comic book stores for giveaways of gift cards, a SYFY Day of the Dead t-shirt, and a signed, limited edition of Gary's new poster!

One of the most prolific and talented artists working today (especially in the horror community), here's what Gary had to say about bringing his unique style to his "zombie sun" poster for SYFY's Day of the Dead series:

"When SYFY asked me if I would like to create a limited edition poster for their new series inspired by George Romero’s Day of the Dead, I immediately checked out the first few episodes they sent and I was pleasantly surprised. It also helped that my friend and fellow Canadian Steven Kostanski (“The Void,” “Psycho Goreman”) was in the director chair. With Steven at the helm, I had a feeling the zombie action was going to be insanely inventive and I wasn’t wrong! The creative team at SYFY asked that some of their political themes were incorporated into the piece and they wanted the image to be bright, bold and have a sense of humour so we came up with the “zombie sun” concept. The rays gave me the opportunity to hide tons of easter eggs from the series. I hope George Romero fans check out the show with an open mind and have as much fun watching it as I did creating this limited edition poster. Long live Romero!"

Day of the Dead poster by "Ghoulish" Gary Pullin: 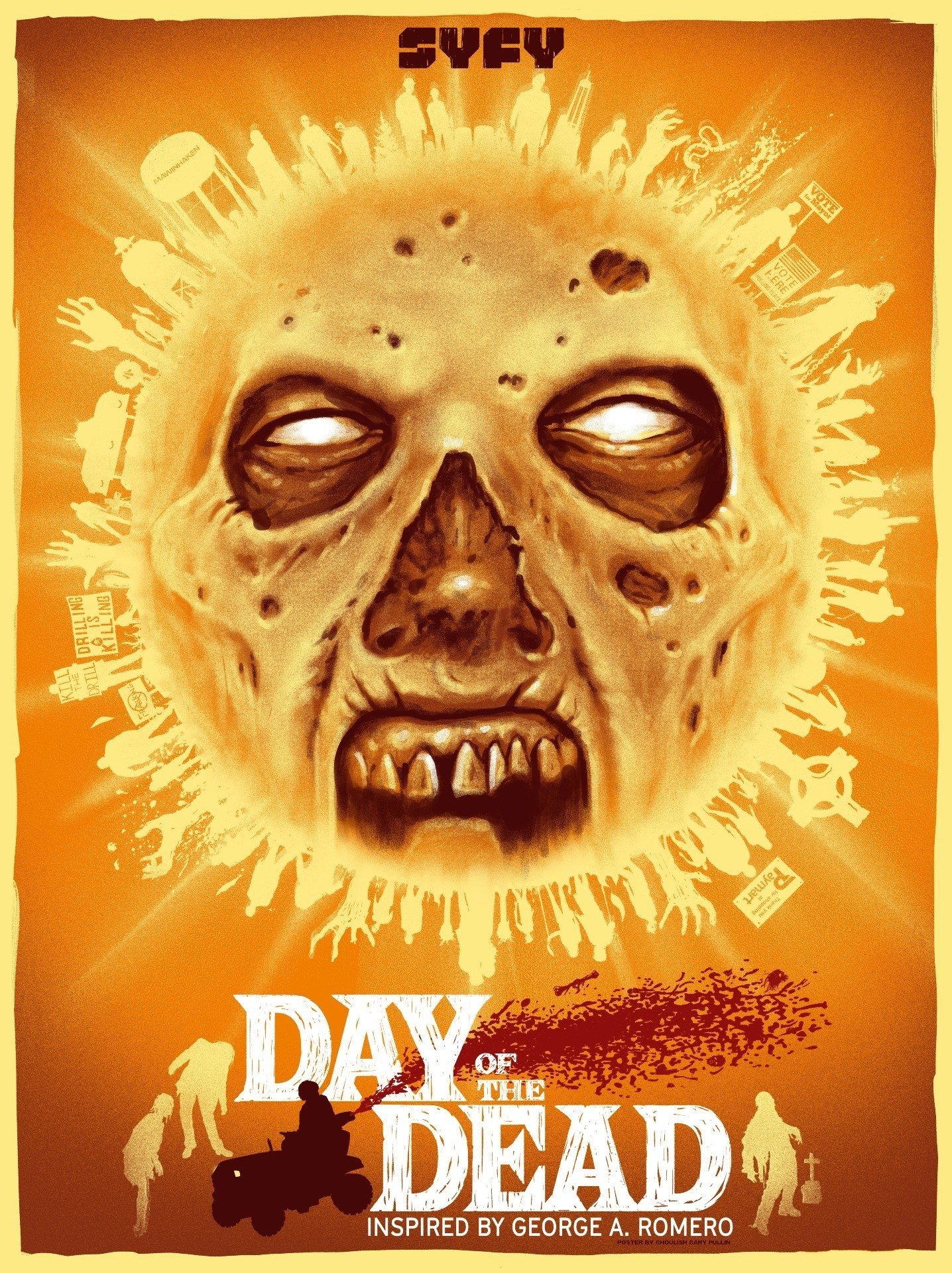