Join Daily Dead on October 15th at 10:00pm ET for a Twitter Watch Party to Celebrate the Premiere of SYFY’s DAY OF THE DEAD Series!

An ode to George A. Romero and his groundbreaking legacy that forever changed the landscape of horror, SYFY's Day of the Dead series will premiere on Friday, October 15th, and the Daily Dead team will be celebrating with a live Twitter watch party during the premiere!

Hosted by the official Daily Dead Twitter account (@DailyDeadNews) and featuring members of the Daily Dead team, and sponsored by SYFY, the Day of the Dead Premiere Watch Party will kick off at 10:00pm ET on Friday, October 15th, and we want you to join us in the celebration!

To participate, simply tune in to SYFY at 10:00pm ET on Friday, October 15th, and tweet with #DayOfTheDead while watching the premiere of SYFY's Day of the Dead!

As a special treat, multiple participants that tweet with #DayOfTheDead will be randomly selected to win a new Day of the Dead poster created by "Ghoulish" Gary Pullin (see below)!

So, whether you're a diehard fan of George A. Romero's living dead films or you're completely new to the zombie genre that the Godfather of the Dead unearthed, we hope you join us for the Day of the Dead Premiere Watch Party on October 15th! It's going to be a killer time...

Also, be sure to keep an eye on Daily Dead and visit SYFY for more updates on the new Day of the Dead series, which follows a group of strangers who must team up if they want to survive the first 24 hours of the zombie uprising!

SYFY’s “Day of the Dead” is the intense story of six strangers trying to survive the first 24 hours of an undead invasion. This ode to George A. Romero’s famous flesh-eaters reminds us that sometimes all it takes to bring people together is a horde of hungry zombies trying to rip them apart.

Day of the Dead poster by "Ghoulish" Gary Pullin: 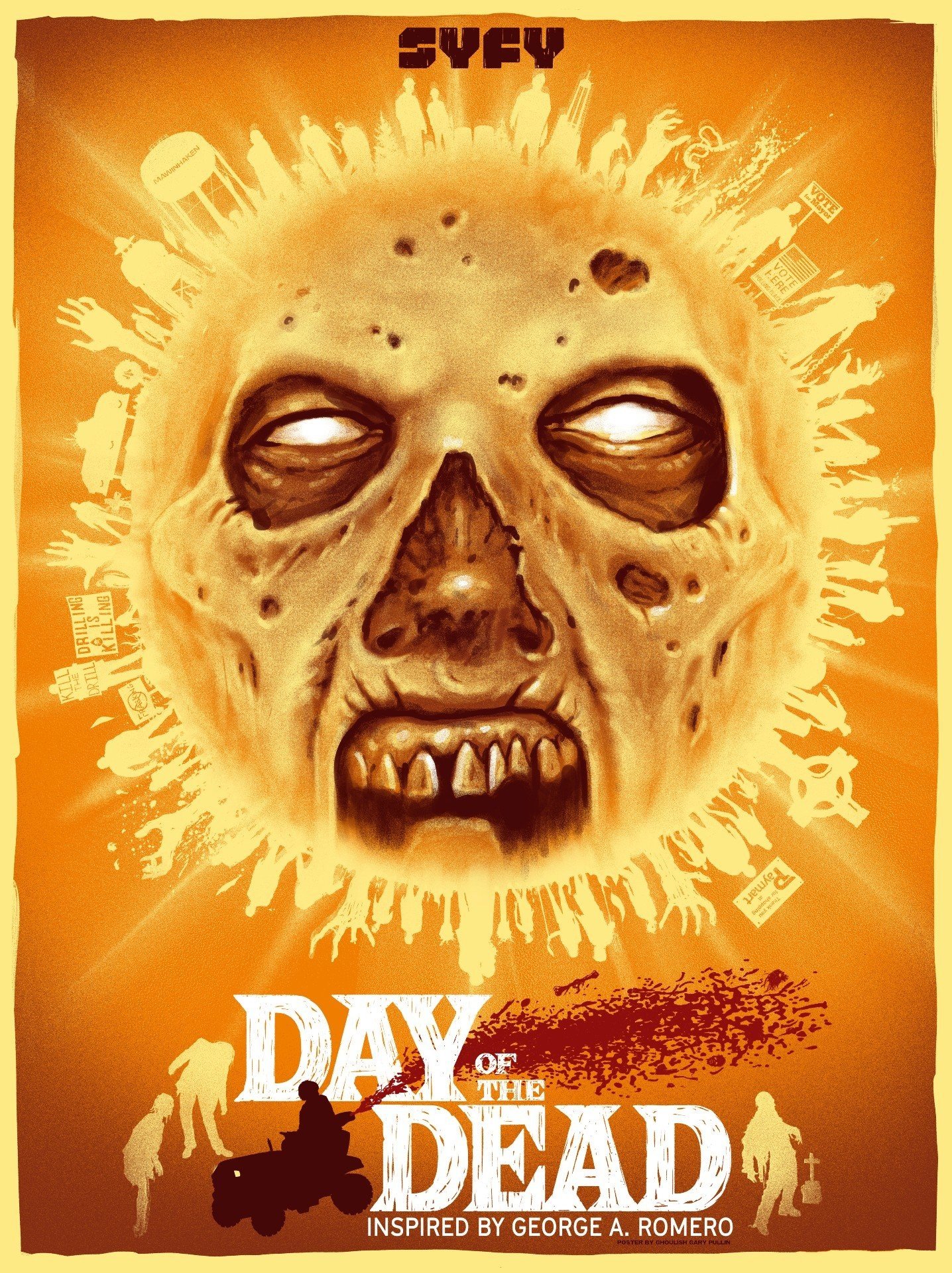