Host James Cameron and a talented roster of interviewees (including Steven Spielberg, Ridley Scott, and Guillermo del Toro) dive into the history and enduring fascination with science fiction in James Cameron's Story of Science Fiction. With the documentary series coming to Blu-ray and DVD on July 28th from RLJE Films, we've been provided with two Blu-ray copies to give away to lucky Daily Dead readers!

2. Email: For a chance to win via email, send an email to contest@dailydead.com with the subject “James Cameron's Story of Science Fiction Contest”. Be sure to include your name and mailing address.

Entry Details: The contest will end at 12:01am EST on August 3rd. This contest is only open to those who are eighteen years of age or older that live in the United States. Only one entry per entry method, per household will be accepted.

From the Press Release: LOS ANGELES (July  6, 2020) –RLJE Films, a business unit of AMC Networks, will release the sci-fi documentary series JAMES CAMERON’S STORY OF SCIENCE FICTION on July 28, 2020 on DVD and Blu-ray.  The series originally aired on AMC Networks in 2018 as part of the AMC Visionaries series.

The show is hosted by Academy Award winner James Cameron (Avatar, Titanic) and features interviews with the who’s who of science fiction movies and television, including Steven Spielberg (Close Encounters of the Third Kind, E.T. the Extra-Terrestrial), George Lucas (Star Wars Franchise), Ridley Scott (The Martian, Blade Runner), Christopher Nolan (Tenet, Interstellar), Will Smith (Men in Black, I Am Legend), Arnold Schwarzenegger (Predator, Terminator), and Bruce Willis (Die Hard, The Sixth Sense). RLJE Films will release JAMES CAMERON’S STORY OF SCIENCE FICTION on DVD and Blu-ray for an SRP of $34.97.

JAMES CAMERON’S STORY OF SCIENCE FICTION is a uniquely intimate look at science fiction's roots, futuristic vision and our fascination with its ideas through interviews by James Cameron with A-list storytellers, stars and other whose careers have defined the field, including Steven Spielberg, George Lucas, Ridley Scott, Christopher Nolan, Arnold Schwarzenegger, Will Smith and Sigourney Weaver, among many others. Cameron takes us on a journey of discovery and exploration, helping us understand where science fiction's ideas came from - and where they're taking us. 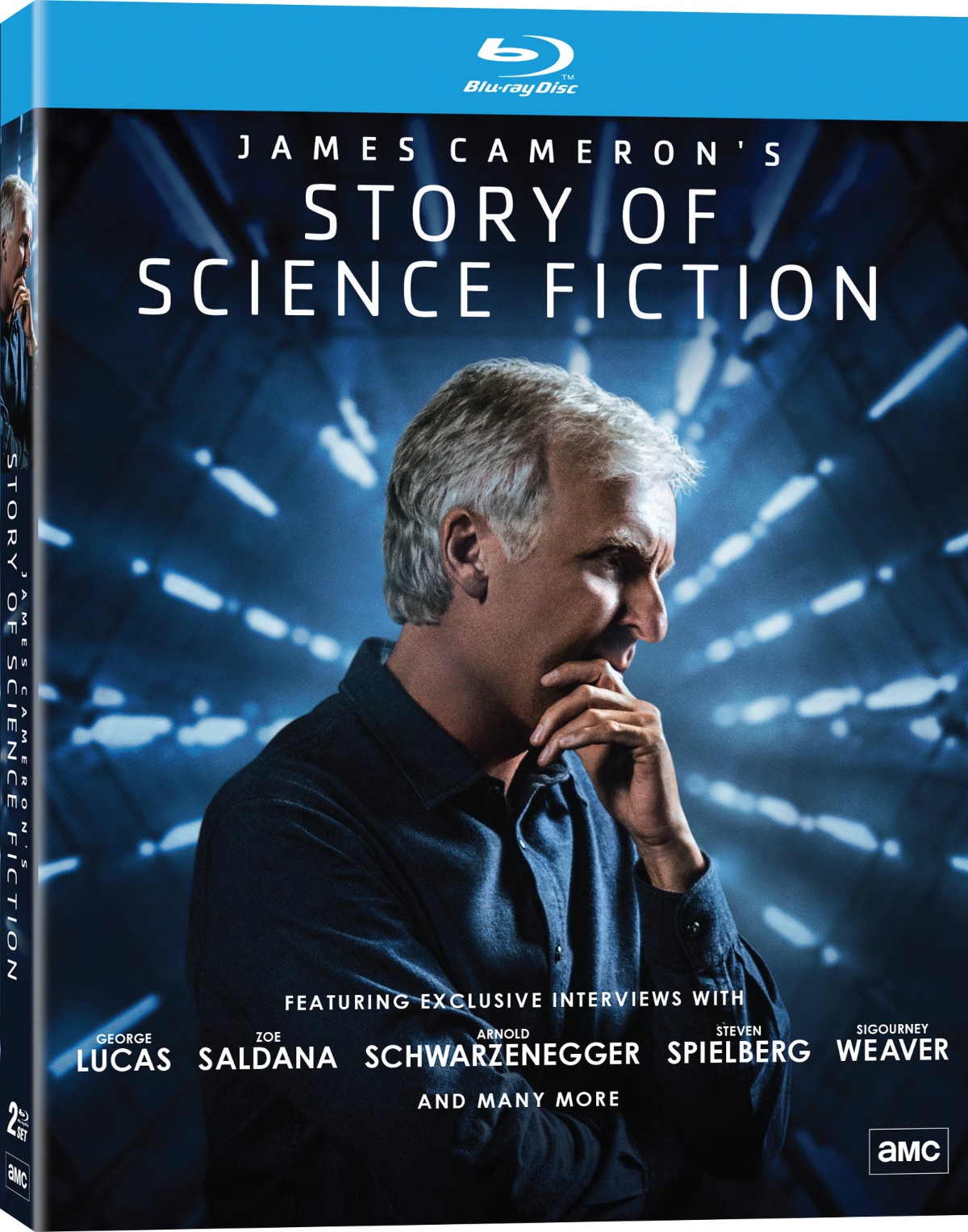